FMC is in the final process of developing and registering a new pre-seeding herbicide based on the Isoflex active technology named “Azugro,” used for the long-term control of ryegrass (Lolium spp.) in wheat.

Isoflex™ active is the trade name of Bixlozone, a new herbicide ingredient from the isoxazolidine family discovered and developed by the FMC research and development organization. It offers growers operational flexibility and lasting control of key grass weeds, including those with developed resistance to other herbicides, as well as some broadleaf weeds. Early season application timing enables growers to maximize productivity across multiple crop segments. 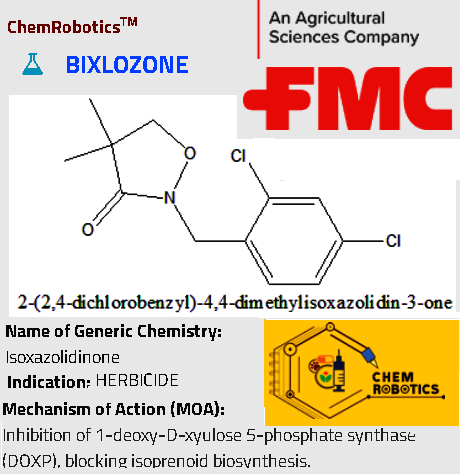 Earlier, Isoflex™ is registered in Australia as Overwatch® herbicide. The anticipate launching herbicide brands powered by Isoflex™ active in Argentina and China in 2022 and India, Brazil, and parts of Europe over the next five years for cereals, rapeseed, corn and sugarcane.

The innovative pre-emergent herbicide promises to have outstanding control over annual ryegrass – one of the bigger pain points for Australian farmers – and it has proven to be effective against weeds such as silvergrass, bifora, sowthistle, hogweed and lesser loosestrife, making it an excellent fit in many paddocks.

Another aspect that makes the product truly unique in the Australian broadacre market is that it is the only isoxazolidinone herbicide that can used for three key winter crops – wheat, barley and canola – providing farmers with more flexibility for crop rotations.

Overwatch® Herbicide also has long-lasting residual control, making it very effective on later germinating weeds, with up to 12 weeks control of a wide range of weeds.