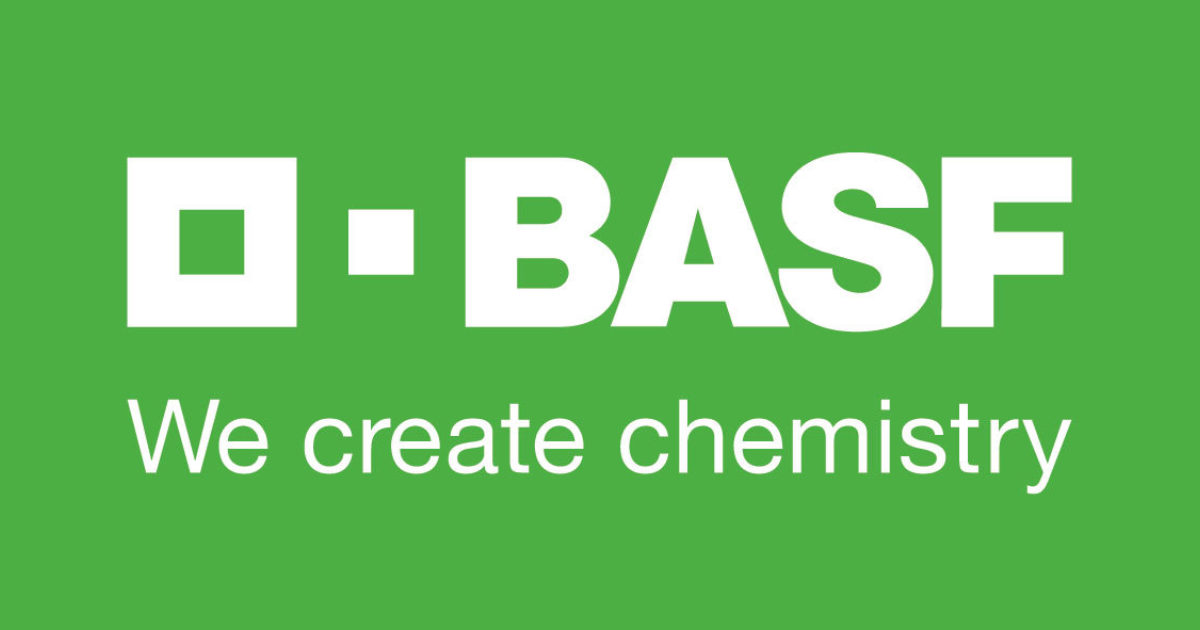 Comparing the herbicide trifludimoxazin to dicamba, two environmental groups asked the U.S. appeals court in San Francisco to set aside the EPA’s unconditional approval in May of the new weedkiller. Trifludimoxazin is sold by BASF under the brand name Tirexor and is the first new “mode of action” against broadleaf and grassy weeds in a generation.

The Center for Food Safety and the Center for Biological Diversity filed a lawsuit on Friday in the U.S. Court of Appeals for the Ninth Circuit challenging the Environmental Protection Agency’s approval of trifludimoxazin.

The potent herbicide is used to control weeds in corn, soy and many other crops, as well as weeds in tree plantations. Trifludimoxazin is the active ingredient in the herbicide Tirexor, manufactured by BASF.

“It’s disappointing that even with the change in administration, EPA is continuing to approve new pesticides that harm the environment, farmers, endangered species and human health — without a thorough consideration of these harms,” said Amy van Saun, senior attorney at the Center for Food Safety. “EPA admits that spray drift and runoff of trifludimoxazin are likely to cause damage to non-target crops, wild plants and fish, yet it failed to implement measures that could help to reduce those risks.”

The EPA violated the Endangered Species Act and the Federal Insecticide, Fungicide, and Rodenticide Act by discounting impacts of spray drift and runoff to terrestrial and aquatic plants, fish and threatened and endangered species, according to the lawsuit. The agency admitted in its response to public comments that it was ignoring the clear requirements of the law, leaving endangered species without any protections for potentially a decade or more.

“The EPA cannot pick and choose when it will protect endangered species from toxic pesticides, condemning some species to extinction because the agency feels inconvenienced,” said Brett Hartl, government affairs director at the Center for Biological Diversity. “The EPA must stop recklessly approving pesticides that are polluting our rivers and streams and slowly wiping out one of the world’s most diverse collections of freshwater species just to placate the pesticide industry.”

Trifludimoxazin is roughly ten times more potent on soybeans than dicamba, the herbicide whose spray and vapor drift and runoff has caused unprecedented damage across many millions of acres of soybeans the past several years. Dicamba’s previous approval was vacated by the Ninth Circuit just last year. A lawsuit filed by the Center for Food Safety, the Center for Biological Diversity and allies challenging dicamba’s most recent registration is currently under review in the Ninth Circuit.

“EPA’s approval of trifludimoxazin is incredibly irresponsible, since its own analysis shows this herbicide will cause considerable drift damage to plants over 1,000 feet from field’s edge, with absolutely no buffer zones or other effective measures to protect these plants or the organisms that depend on them,” said Bill Freese, science director at the Center for Food Safety.

The EPA’s registration decision and label contain very little in the way of mandatory mitigation measures, increasing the likelihood of harm when the herbicide is applied in real-world conditions. The registration of trifludimoxazin will allow it to be used on many major crops as well as on large amounts of sensitive non-agricultural areas. This broad registration means it may be used on millions of acres and pose a significant risk to protected and non-protected plants and the wildlife that depend on them. It will also result in significant risks to fish.

Some endangered species at risk from trifludimoxazin include the Monarch butterfly, Chinook salmon, rusty-patched bumblebee and other fish, insects and wild plants. There are also concerns about potential impacts to aquatic plants and organisms, as there is currently no mitigation to address runoff.

The Center for Biological Diversity is a national, nonprofit conservation organization with more than 1.7 million members and online activists dedicated to the protection of endangered species and wild places.

In their lawsuit, the Center for Food Safety and the Center for Biological Diversity said the EPA failed to adequately consider the harm posed to human health and endangered species by spray drift and runoff of trifludimoxazin from the fields where it is used. The groups said trifludimoxazin was 10 times more potent on soybeans than dicamba, which is blamed for damage to neighboring fields and plants.

“The registration of trifludimoxazin will allow it to be used on many major crops as well as on large amounts of sensitive non-agricultural areas,” said the groups. “This broad registration means it may be used on millions of acres and pose a significant risk to protected and non-protected plants and the wildlife that depend on them.”

BASF says trifludimoxazin “displays strong performance on weeds with low use rates.” It can be used on corn, soybeans, cereal grains, peanuts, and fruit and nut trees, said BASF when the herbicide was approved by Australian regulators in July 2020.

Tirexor®herbicide – is a new protoporphyrinogen oxidase (PPO) inhibitor herbicide, its active is Trifludimoxazin that controls PPO-resistant weeds including pigweed and ragweed species. 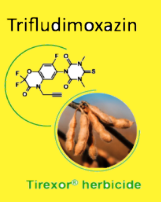 The herbicide is fast-acting, with foliar effects that can occur in as little as one day. Tirexor’s anticipated global use includes application on small grain cereals, corn, soybeans, pulse crops, oil palm, and numerous tree fruit and nut crops.

It is the first new MoA for the foliar burndown of grass weeds in 20 years.