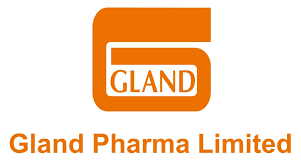 Sugammadex Injection is used to reverse the effects of the muscle relaxants Rocuronium Bromide and Vecuronium Bromide given to patients during surgery. The company will launch the product through its marketing partner on receipt of final approval.  The Sugammadex Injection, 200 mg/2 mL and 500 mg/5 mL Single-Dose Vial (RLD: Bridion) has US sales of approximately USD 615 million for twelve months ending in April 2021, according to IQVIA.

Sugammadex is a modified γ-cyclodextrin, with a lipophilic core and a hydrophilic periphery. This gamma-cyclodextrin has been modified from its natural state by placing eight carboxyl thioether groups at the sixth carbon position. These extensions extend the cavity size allowing greater encapsulation of the rocuronium molecule. These negatively charged extensions electrostatically bind to the quaternary nitrogen of the target as well as contribute to the aqueous nature of the cyclodextrin.

Sugammadex’s binding encapsulation of rocuronium is one of the strongest among cyclodextrins and their guest molecules. Sugammadex, unlike neostigmine, does not inhibit acetylcholinesterase so cholinergic effects are not produced and co-administration of an antimuscarinic agent (glycopyrronium bromide or atropine) is not needed. Sugammadex might therefore be expected to have fewer adverse effects than the traditional reversal agents.

When muscle relaxant with rapid onset and short duration of action is required, there has been little choice apart from succinylcholine but this drug has important contraindications; for example, it can trigger malignant hyperthermia in susceptible individuals, it has a prolonged duration of action in patients with pseudocholinesterase deficiency and it causes an increase in plasma potassium concentration which is dangerous in some circumstances. Rocuronium has a comparably quick onset in high doses (0.6 mg kg−1 to 1 mg kg−1) and can be rapidly reversed with sugammadex (16 mg kg−1), so this drug combination offers an alternative to suxamethonium.

The study was carried out in Europe looking at its suitability in rapid sequence induction. It found that sugammadex provides a rapid and dose-dependent reversal of neuromuscular blockade induced by high-dose rocuronium.

A Cochrane review on sugammadex concluded that “sugammadex was shown to be more effective than placebo (no medication) or neostigmine in reversing muscle relaxation caused by neuromuscular blockade during surgery and is relatively safe. Serious complications occurred in less than 1% of the patients who received sugammadex. The results of this review article (especially the safety results) need to be confirmed by future trials on larger patient populations”. The 2017 Cochrane review concluded that sugammadex has a better safety profile than neostigmine with 40% fewer adverse events. Specifically, the risks of postoperative residual paralysis, bradycardia, nausea and vomiting are reduced if sugammadex is used as a reversal agent.

Sugammadex was discovered by the pharmaceutical company Organon at the Newhouse Research Site in Scotland. Organon was acquired by Schering-Plough in 2007; Schering-Plough merged with Merck in 2009. Sugammadex is now owned and sold by Merck.

The US Food and Drug Administration (FDA) initially rejected Schering-Plough’s New Drug Application for sugammadex in 2008, but finally approved the medication for use in the United States in December 2015.

Sugammadex was approved for use in the European Union in July 2008.

The most commonly reported sugammadex side effects may include:

Frontliner Mosquirix™ Novel Vaccine Approved by the WHO for Malaria