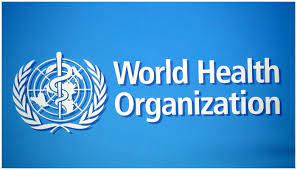 WHO announces the formation of SAGO

The World Health Organization unveiled Wednesday a proposed team of scientists tasked with looking at new pathogens and preventing future pandemics — plus reviving the stalled probe into Covid-19’s origins.
The group of 26 experts will be charged with producing a new global framework for studies into the origins of emerging pathogens of epidemic and pandemic potential. Their remit includes SARS-CoV-2 — the virus that causes Covid-19 disease.
Besides the Covid-19 crisis, a growing number of high-risk pathogens have appeared or reappeared in recent years, including MERS, bird flu viruses, Lassa, Marburg and Ebola.
Now, WHO is forming a  Scientific Advisory Group for the Origin of  Novel Pathogens  (SAGO). Its broad remit is to examine the emergence of any pathogens, but one of its jobs will be to take the reins of WHO’s effort to pinpoint the origins of COVID-19. SciencesInsider spoke about SAGO with Maria Van Kerkhove, technical lead for COVID-19 at WHO, which is now seeking nominations for the group. We have edited the interview for brevity and clarity.

This initiation of a SAGO is really addressing a gap that we identified: establishing a global framework for studying the origins of pathogens. In my group for emerging diseases and zoonoses, we do a lot of work at the animal-human interface. We also have groups that work on biosafety and biosecurity. We do inspections of labs and audits of labs ,that house the smallpox repositories in the U.S. and in Russia. But none of that is pulled together to give an overarching comprehensive framework for each time there is either the emergence of a new pathogen or the re-emergence of known threats.

The 26 proposed members, chosen from a field of more than 700 applications and drawn from a range of disciplines, are subject to a two-week public consultation.
They include Christian Drosten, the head of Berlin’s Institute of Virology.
Some of the experts were on the joint WHO-China scientific mission investigating the origins of Covid-19: Marion Koopmans of the Netherlands, and Hung Nguyen from Vietnam.
According to the terms of reference, the group must give the WHO ..
The WHO believes it is vitally important to uncover the origins of the worst pandemic in a century.

“This topic requires a lot of technical expertise, so I’m glad to see that the WHO has selected serious people with enough research background to understand the work that may be required to investigate the origins of outbreaks,” says Gigi Gronvall, a biosecurity researcher at Johns Hopkins University in Baltimore, Maryland, who is not involved with SAGO.

Maria Van Kerkhove, who heads the WHO’s emerging-diseases unit and helped design SAGO, explains that finding the origin of a novel pathogen takes careful detective work, and that this can be especially difficult at the start of an outbreak when affected countries are scrambling to curtail a pathogen’s spread. “Next time an outbreak is declared, the secretariat can pull this committee together,” she says, and ask for on advice on what information researchers should collect immediately.

It is known to have killed more than 4.85 million people and has battered the global economy since the virus was first detected in the Chinese city of Wuhan in December 2019.

Functions of the SAGO

In its capacity as an advisory body to WHO, the SAGO will have the following functions:

In the name of transparency, Van Kerkhove says she’s asking all SAGO candidates to disclose any conflicts of interest that might adversely affect their ability to take part in origin studies. Until 27 October, anyone can submit comments about the candidates. She and her colleagues will review these confidentially and respond as they see fit — potentially eliminating applicants. Once the panel is confirmed, the group will take stock of what’s already known about the origins of COVID-19, and outline next steps. Currently, Van Kerkhove says the WHO is collaborating with Italian researchers to analyse patient samples collected in Italy in November and December 2019, that might contain remnants of SARS-CoV-2.

However, some researchers are skeptical that the WHO can make headway in China, where officials have fiercely rejected the idea that the outbreak stemmed from the WIV, which is at the center of the lab-leak hypothesis.

But Van Kerkove expects collaboration from the country, and is hopeful the focus will be on science rather than geopolitics. “We’re really running out of time with every day that passes, moving further away from the possibility of really understanding the origins” of COVID-19, she says.

African countries to get mRNA vaccine technology in...