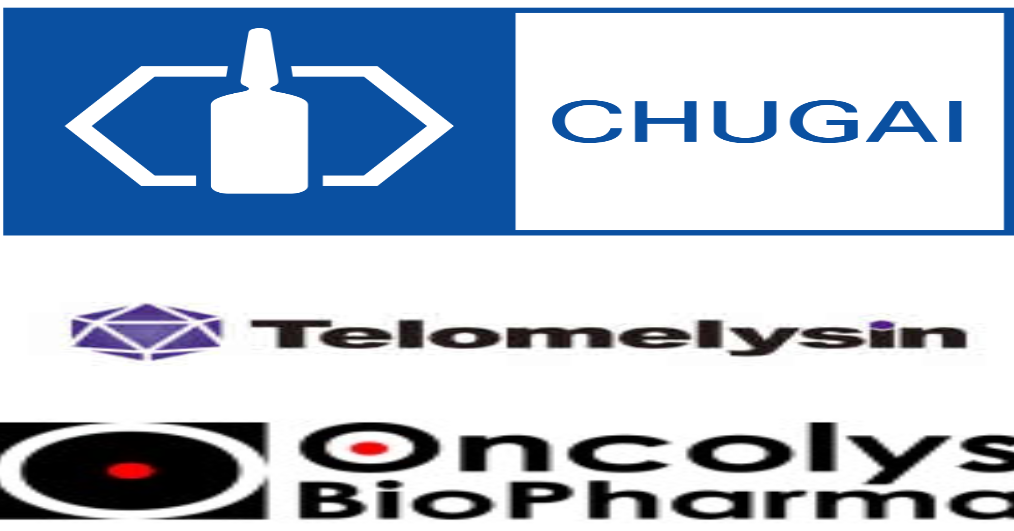 Chugai Pharmaceutical Co., Ltd. announced that the company and Oncolys BioPharma Inc. agreed to terminate the license agreement concluded between the two companies on April 8, 2019 for an oncolytic viral immunotherapy OBP-301 (Telomelysin: suratadenoturev) as follows.
The effective date of the termination will be decided upon consultation with Oncolys, at the latest by October 2022. Upon termination of the Agreement, all rights Chugai may have with respect to OBP-301 will be returned to Oncolys. There will be no payment or receipt of milestone fees between the two companies.
Chugai entered into the Agreement with Oncolys on April 8, 2019, and has been developing OBP-301 in Japan. However, Chugai concluded that pursuing the development of the product through collaboration between the two companies will not maximize the product value of the drug. This decision is not attributable to any efficacy or safety issues regarding OBP-301. For the time being, Chugai will continue to conduct ongoing domestic clinical trials and transfer the initiative to Oncolys upon agreement between the two companies.
The Agreement, which will be terminated, granted Chugai an exclusive license, with sublicensing rights, for development, manufacturing and marketing of OBP-301 in Japan and Taiwan as well as exclusive option rights concerning the worldwide development, manufacturing and marketing of OBP-301, excluding Japan, Taiwan, China, Hong Kong, and Macau.
According to a company press release, there is no impact on consolidated results for the fiscal year ended December 2021.

When Agreement with Oncolys was Chugai entered into the Agreement?

On April 8, 2019 — Oncolys BioPharma Inc. (hereafter, “Oncolys”) and Chugai Pharmaceutical Co., Ltd. (hereafter, “Chugai”) announced the both companies have entered into an agreement that Oncolys will grant an exclusive license, with sublicensing rights, to Chugai concerning the development, manufacturing and marketing in Japan and Taiwan for “Telomelysin (OBP-301)” (hereafter, “Telomelysin”) an oncolytic viral immunotherapy which is currently under development by Oncolys. In addition, licensing agreement that grants exclusive option rights concerning the worldwide development, manufacturing and marketing of Telomelysin, excluding Japan, Taiwan, China, Hong Kong and Macau to Chugai has also been concluded. Moreover, both companies agreed that Oncolys will newly issue common stock worth approximately 800 million yen, and Chugai will accept all the stocks. The start of this licensing agreement and the payment accompanying the issuance of new shares by third-party allotment are planned on April 24, 2019.

What is an exclusive license agreement?

Telomelysin (OBP-301) is an anticancer treatment being developed by Oncolys BioPharma as a new cancer immunotherapy. It is currently being tested in clinical trials for people with melanoma (an aggressive form of skin cancer), liver cancer, and cancer of the esophagus.

Immunotherapies stimulate the body’s own immune system to fight cancer instead of directly attacking cancer cells.

Telomelysin is a cancer vaccine, a type of cancer treatment that both treats and prevents cancer by using the body’s own immune system to attack and kill cancer cells. 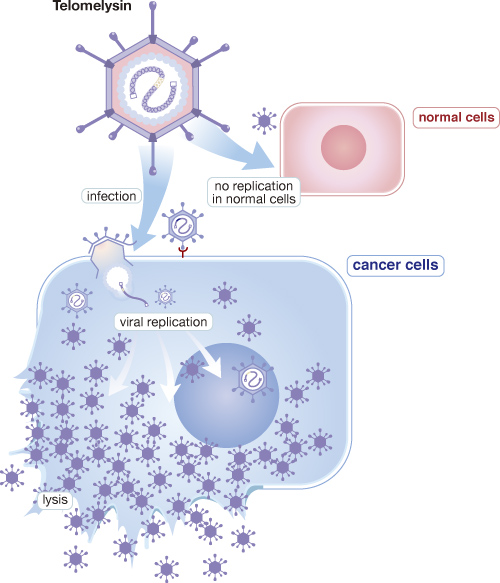 The vaccine consists of a virus that was genetically modified in the laboratory to have the ability to multiply inside cancer cells. When it is injected into the body, the virus enters cancer cells and multiplies inside them, which causes tumor cells to burst. This virus does not infect or multiply in healthy cells

Telomelysin (OBP-301) is a gene-modified oncolytic adenovirus in which selectively replicate in cancer cells by introducing human telomerase reverse transcriptase (hTERT) promotor. Oncolytic adenovirus has much potential for cancer immunotherapy because its viral replication is highly immunogenic, and oncolysis induced by such virus releases tumor antigen and provides costimulatory danger signals

Results from the first Phase 1 clinical trial of Telomelysin in solid tumors showed promise, with tumor reduction observed in eight of the 12 patients treated. Adverse effects were mostly mild to moderate, and transitory.

A phase 1 clinical trial (NCT03213054) is ongoing in Japan to test Telomelysin in combination with radiotherapy in esophageal cancer. The study started in July 2017 after encouraging initial results from a similar study, also conducted in Japan, that showed that four out of seven treated patients showed a complete response.

Additionally, a Phase 1/2 clinical trial (NCT02293850) is being conducted in South Korea and Taiwan to investigate Telomelysin in patients with liver cancer who are resistant to existing cancer treatments. The study started in November 2014 and is still recruiting participants. According to the company, nine patients have been included to date, and initial results showed effectiveness in two patients and prolonged stable disease in one patient. They also showed that Telomelysin was safe when injected directly into the liver.

Next steps for Telomelysin

Oncolys BioPharma plans to initiate two more clinical studies to test Telomelysin, in melanoma patients and in esophageal cancer patients. The melanoma study will take place in the U.S. and aims to dose the first patient in 2017. The esophagus cancer study will test Telomelysin in combination with another type of immunotherapy called a checkpoint inhibitor.

Telomelysin or OBP-301 is genetically modified type 5 adenovirus which can specifically replicate in and destroy cancer cells. Type 5 adenovirus causes common cold symptoms and exists in nature. We are anticipating that Telomelysin may induce strong anti-tumor activity after causing oncolysis by specific replication in cancer cells and may be safe because of its low replication ability in normal cells. In addition, serious adverse reactions such as vomiting, hair loss and hematopoietic disorders have not been reported in clinical studies we conducted so far, and thus it is expected to improve patients’ Quality of Life (QOL). Furthermore, recent publication in clinic showed that cancer cells destroyed by virotherapy may enhance cancer immunity by directly transmitting the signal of their specific antigen to immune cells such as dendritic cells. Therefore, we are expecting that Telomelysin in combination with an immune checkpoint inhibitor such as anti-PD-1 antibody may have a systemic anti-cancer efficacy together with good local control. Oncolys and Medigen Biotechnology Corp. in Taiwan had long-term collaborative relationship for the development of Telomelysin.

Chugai Pharmaceutical is one of Japan’s leading research-based pharmaceutical companies with strengths in biotechnology products. Chugai, based in Tokyo, specializes in prescription pharmaceuticals and is listed on the 1st section of the Tokyo Stock Exchange. As an important member of the Roche Group, Chugai is actively involved in R&D activities in Japan and abroad. Specifically, Chugai is working to develop innovative products which may satisfy the unmet medical needs, mainly focusing on the oncology area.

Oncolys BioPharma develops novel cancer therapeutics and diagnostic products using gene-modified viral technologies and aims to contribute to fulfilling unmet medical needs for cancer and severe infectious diseases.
Especially in the oncology area, we utilize a technology platform for oncolytic virus and develop Telomelysin and its next generations for cancer treatment and TelomeScan for early detection of cancer and recurrence monitoring after surgery. We have established broad range of product pipeline to cover early detection of cancer, early treatment of local cancer, post-operative examination, and treatment of metastatic cancer.