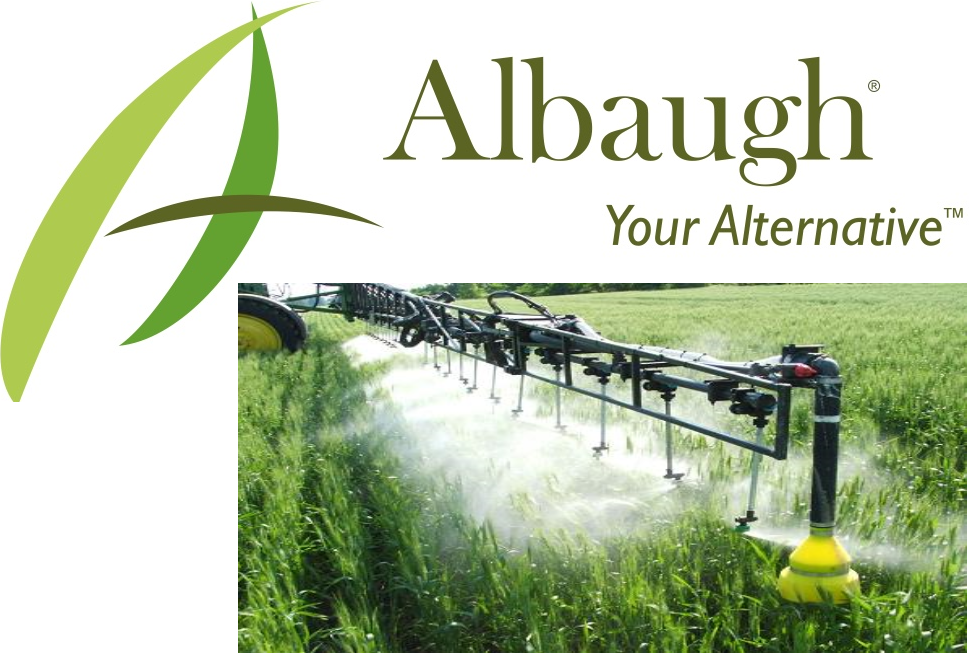 ANKENY, IA October 19, 2021 — Albaugh is excited to announce the EPA registration of Anchor™ 3L ST in multiple crop segments as a new fungicide seed treatment offer. Available this fall, Anchor™ 3L ST is a water-based fungicide formulation that was developed specifically to deliver enhanced handling, stability, performance and value when used in custom blend seed treatments and when added as a tank-mix partner with other seed treatment formulations.

“Anchor™ 3L ST (Metalaxyl-M a.k.a. Mefenoxam) is the first of three new actives we will launch over the next 24 months. The other two are Thiamethoxam and Ipconazole,” said Chris Zita, Albaugh’s North America Director for Seed Treatments. “We are excited about the expansion of our seed treatment portfolio, as it demonstrates our commitment to deliver new actives for our customers to use in their customized seed treatment offers.”

“Anchor 3L ST will deliver seed treatment protection against Pythium and Phytophthora that cause seedling damping off, seed rot, and systemic downy mildew in certain crops,” explains Zita. “Clearly, Mefenoxam is a superior product to Metalaxyl when it comes to formulation stability, and Anchor 3L ST provides the convenience of lower application rates.” “I was excited to launch Mefenoxam at Syngenta over twenty-years ago, and I am excited to launch it again to help expand the Albaugh seed treatment portfolio and bring value to our customers.”

What is a fungicide?

Fungicides are biocidal chemical compounds or biological organisms used to kill parasitic fungi or their spores. A fungistatic inhibits their growth. Fungi can cause serious damage in agriculture, resulting in critical losses of yield, quality, and profit. Fungicides are used both in agriculture and to fight fungal infections in animals. Chemicals used to control oomycetes, which are not fungi, are also referred to as fungicides, as oomycetes use the same mechanisms as fungi to infect plants. Fungicides can either be contact, translaminar or systemic. Contact fungicides are not taken up into the plant tissue and protect only the plant where the spray is deposited. Translaminar fungicides redistribute the fungicide from the upper, sprayed leaf surface to the lower, unsprayed surface. Systemic fungicides are taken up and redistributed through the xylem vessels. Few fungicides move to all parts of a plant. Some are locally systemic, and some move upwardly

What is Anchor (Metalaxyl-M) 3L ST?

Metalaxyl is an acylalanine fungicide with systemic function. Its chemical name is methyl N-(methoxyacetyl)-N-(2,6-xylyl)-DL-alaninate. It can be used to control Pythium in a number of vegetable crops, and Phytophthora in peas. Metalaxyl-M is the ISO common name and Ridomil Gold the trade name for the optically pure (-) / D / R active stereoisomer, which is also known as mefenoxam.

The fungicide has suffered severe resistance problems. The fungicide was marketed for use against Phytophthora infestans. However, in the summer of 1980, in the Republic of Ireland, the crop was devastated by a potato blight epidemic after a resistant race of the oomycete appeared. Irish farmers later successfully sued the company for their losses.[citation needed] Maximum pesticide residue limits for the EU/UK are set at 0.5 mg/kg for oranges and 1.0 mg/kg for apples.[citation needed] As early as 1998 Pythium was known to be widely developing resistance to Metalaxyl which was the most effective control at the time. Various Pythium populations have been known to have resistance to mefenoxam since the 1980s and metalaxyl since 1984. There is wide variability in resistance/sensitivity between Pythium species, with some populations showing complete ineffectiveness.

What Is the Environmental Protection Agency (EPA)?

The Environmental Protection Agency (EPA) was established in December 1970 by the executive order of President Richard Nixon. It is an agency of the United States federal government whose mission is to protect human and environmental health. Headquartered in Washington, D.C., the EPA is responsible for creating standards and laws promoting the health of individuals and the environment.