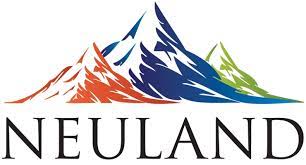 Neuland announces that The European Directorate for the Quality of Medicines & HealthCare (EDQM) recently granted a Certificate of Suitability (CEP) for Neuland’s API, Donepezil Hydrochloride Monohydrate.

Neuland is the first CEP holder for this API Donepezil.

Worldwide, 50 million people suffer from Alzheimer’s and other forms of dementia. While there are currently no drugs which can cure Alzheimer’s outright, common drug interventions for AD can – in some patients – temporarily alleviate the symptoms or slow their progression.

The Alzheimer’s Association discusses another drug, Memantine (Namenda) – as well as a combination of memantine and Donepezil as treatments which are approved by the FDA for moderate to severe Alzheimer’s.

There are also a number of drugs in various stages of development worldwide, including selective beta secretase inhibitors, immunotherapies, inhibitors targeting the accumulation of tau, anti-inflammatory combinatorials and more.

Neuland is a manufacturer of Donepezil – the generic API of Aricept (we produce both Donepezil base and Donepezil hydrochloride). Donepezil was first approved in 1996, and is a reversible acetylcholinesterase inhibitor. As an enzyme blocker, controlled studies have shown modest benefits in cognition or behavior. While it does not cure Alzheimer’s disease, it may temporarily improve memory, awareness, and the ability to function.

In 2016, the global burden of dementia was estimated to be 43.8 million, demonstrating a significant increase from a global prevalence of 20.2 million in 1990.Donepezil, also known as Aricept, is a piperidine derivative acetylcholinesterase inhibitor used in the management of the dementia of Alzheimer’s Disease, and in some cases, is used to manage other types of dementia

Donepezil was first approved by the FDA in 1996, and its extended-release form was approved in combination with Memantine in 2014 to manage moderate and severe forms of Alzheimer’s dementia. Though it does not alter the progression of Alzheimer’s disease, donepezil is effective in managing the symptoms of its associated dementia 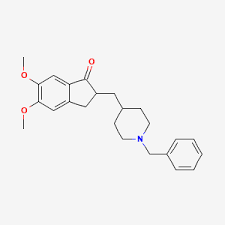 By inhibiting the acetylcholinesterase enzyme, donepezil improves the cognitive and behavioral signs and symptoms of Alzheimer’s Disease, which may include apathy, aggression, confusion, and psychosis

The commonly accepted cholinergic hypothesis proposes that a portion of the cognitive and behavioral decline associated with Alzheimer’s are the result of decreased cholinergic transmission in the central nervous system. Donepezil selectively and reversibly inhibits the acetylcholinesterase enzyme, which normally breaks down acetylcholine. The main pharmacological actions of this drug are believed to occur as the result of this enzyme inhibition, enhancing cholinergic transmission, which relieves the symptoms of Alzheimer’s dementia. In addition to the above, other mechanisms of action of donepezil are possible, including the opposition of glutamate-induced excitatory transmission via downregulation of NMDA receptors and the regulation of amyloid proteins, which have demonstrated significant effects on the disease process of Alzheimer’s. Other possible targets for donepezil may also include the inhibition various inflammatory signaling pathways, exerting neuroprotective effects.

Donepezil is slowly absorbed via the gastrointestinal tract after oral administration. Tmax is 3 to 4 hours with a bioavailability of 100% and steady-state concentrations are attained within 15 to 21 days of administration.  The Tmax in one pharmacokinetic study determined a Tmax of 4.1 ± 1.5 hours. The Cmax of 5 mg donepezil tablets is estimated to be 8.34 ng/mL, according to the Canadian monograph. The AUC of 5 mg donepezil tablets has been determined to be 221.90-225.36 ng.hr/mL

Donepezil is metabolized by first pass metabolism in the liver, primarily by CYP3A4, in addition to CYP2D6. After this, O-dealkylation, hydroxylation, N-oxidation, hydrolysis, and O-glucuronidation occur, producing various metabolites with similar half-lives to the unchanged parent drug. A study of the pharmacokinetics of radiolabeled donepezil demonstrated that about 53% of plasma radioactivity appeared as donepezil in the unchanged form, and 11% was identified as the metabolite 6-O-desmethyl donepezil, which exerts similar potency inhibition of the acetylcholinesterase enzyme

This drug is heavily metabolized to four primary metabolites, two of which are considered pharmacologically active, as well as to multiple inactive and unidentified metabolites

Signs and symptoms of overdose with cholinesterase inhibitors such as donepezil can include severe nausea and vomiting, bradycardia, hypotension, perspiration, seizures, muscle weakness respiratory depression, and collapse. Significant muscle weakness may result in death if the respiratory muscles are affected by donepezil overdose. To manage an overdose, anticholinergics can be employed as antidotes. Atropine at intravenous doses of 1.0 – 2.0 mg can be administered and titrated according to the clinical response. Consult the local poison control center for the most updated guidelines on the management of a donepezil overdose. Whether donepezil can be removed from the body with dialysis is unknown at this time

With two FDA-inspected facilities, 800+ DMFs, 1000+ employees and customers in more than 85 countries, Neuland supports some of the world’s best-known and most successful pharmaceutical research and manufacturing companies.