Russians spurn their own country`s Sputnik-V jab and head west for vaccines. 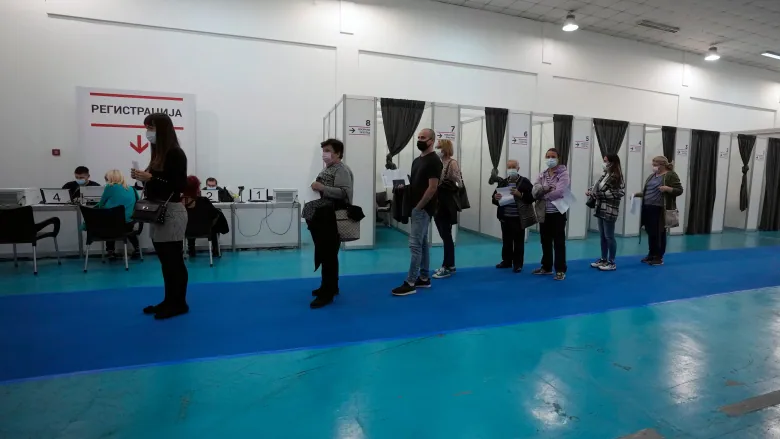 Russians spurn their own country`s Sputnik-V jab and head west for vaccines.

Russia was the first country to register and mass-produce a vaccine at the end of 2020, President Vladimir Putin hoped it would allow the country to open up more quickly than its western rivals. But Sputnik V has struggled to get international approval, effectively barring Russians from travelling to the west, where only those with EU, US or UK-approved vaccinations are able to visit.

This has led to a boom in Russian vaccine tourists heading to nations such as Serbia, which allow visa-free travel from Russia

EU and World Health Organization approval of the vaccine would ease international travel for Sputnik-vaccinated Russians, who are currently barred from travelling to most European capitals. The US is also set to ban entry to non-citizens who have not been jabbed with a vaccine approved by the WHO or US Food and Drug Administration.

However, the EU has repeatedly delayed the approval of the Russian vaccine and has said Russia hasn’t provided its regulator, the European Medicines Agency (EMA), with the right data about the vaccine. Russia has dismissed these claims as politically motivated and said the EMA was “dragging its feet” on purpose.

In a recent survey in Russia, about 40% of respondents said the opportunity to freely travel was the main reason for getting a jab, a figure roughly equal to that for those who cited health concerns.

Serbia, which is not a member of the European Union, is a convenient choice for vaccine-seeking Russians because they can enter the allied Balkan nation without visas and because it offers a wide choice of Western-made shots. Organized tours for Russians have soared, and they can be spotted in the capital, Belgrade, at hotels, restaurants, bars and vaccination clinics.

Why Sputnik-V has not been approved yet? Russia’s Vaccine Diplomacy

Data published in the UK medical journal the Lancet indicate that the Sputnik V vaccine is safe, boosts survival rates of people infected, and slows transmission of the deadly disease. However, lingering questions about data discrepancies and the lack of transparency caused an international group of scientists to question the findings in an open letter to the journal. Part of the problem is that the Gamaleya Institute rushed through clinical trials to get it on the market before all others, raising questions about the vaccine’s safety and slowing important regulatory approvals from the EU and the WHO.

The RDIF also misplayed global marketing of the vaccine. Distribution in Russia and neighboring countries as well as exporting of the vaccine have been hampered by production problems and a failure to manage global supply chains. International sales and distribution are increasingly overshadowed by reports of inflated prices and corruption allegations. Customers in various countries now want their money back for overpriced or undelivered supplies. Worse, COVID-19 is ravaging the Russian people in yet another deadly wave this summer, due in large part to Russian citizens’ own vaccine hesitancy and questions about Sputnik V’s efficacy—issues that Moscow’s rush to be first in the world helped to create. Despite all the Russian government’s propaganda about Sputnik V, average Russians do not trust it, a problem that is now reverberating across the former Soviet Union. Low trust in government actions and fatalistic attitudes are hardly new phenomena in Russia. However, Russian government efforts to downplay the virus during the first wave of the pandemic in 2020 and to play up the mistakes of Western countries led many Russians to become skeptical of the need for enhanced public health measures to reduce the virus’s spread. Russian disparagement of other vaccines since then has enhanced overall skepticism toward vaccination in general, with Russians often expressing hesitancy to receive any shot, not just Sputnik V. While vaccine distribution centers across Russia initially had a glut of vaccines for months, the latest wave of COVID-19 has led some Russians to reconsider that reluctance to get vaccinated, increasingly leading to Sputnik V supply shortages at home. Furthermore, the less effective and lesser-known Russian-produced EpiVac vaccine is sometimes the only option for residents of smaller cities and remote areas. As a result, Russia’s vaccination rate is just 18 percent, one of the lowest in Europe and behind many countries including Azerbaijan, Cuba, El Salvador, and Morocco

The World Health Organization (WHO) has suspended the approval process for Russia’s Sputnik V COVID vaccine. A regional WHO official said the manufacturing process of the jab had not met the necessary standards.

Russia first applied for approval from the WHO for their vaccine in February but has not yet received an Emergency Use Listing (EUL).

The WHO says they have delayed approving the jab until a new inspection can be carried out at one of the plants where Sputnik V was manufactured. Research published in The Lancet medical journal shows that the vaccine has 91.6 per cent efficacy against the coronavirus.

On its official Twitter account, Sputnik also claimed that the jab demonstrated 97.2 per cent efficacy during the vaccination campaign in Belarus. But both the WHO and European Medicines Agency (EMA) have said that they were still waiting for complete data from the vaccine’s manufacturers. Speaking at a press briefing for the Pan American Health Organization, a regional branch of the WHO, Assistant Director Jarbas Barbosa said Russia’s bid for emergency authorisation had been put on hold.

“While inspecting one of the plants where the vaccine is manufactured, they found that this plant was not in agreement with the new best practices of manufacturing,” he said on Wednesday.

“The producer [of the vaccine] needs to take this into account and make the necessary changes and be ready for a new inspection.”

“The WHO is waiting for the manufacturer to send news that the plant is up to standard,” he added.

The WHO had previously raised concerns about possible cross-contamination and insufficient during an inspection at Sputnik V manufacturing factory in Ufa.

In June, the company managing the plant — Pharmstandard — said in a statement that the WHO interim inspection “did not identify any critical issues”.

“We invite WHO for another inspection. We remain fully transparent and will continue with the WHO pre-qualification process.”

Lauded by Russian President Vladimir Putin as world’s first registered COVID-19 vaccine, Sputnik V emerged in August 2020 and has been approved in some 70 countries, including Serbia. But the WHO has said global approval is still under review after citing issues at a production plant a few months ago.

A top World Health Organization official said legal issues holding up the review of Sputnik V were “about to be sorted out,” a step that could relaunch the process toward emergency use authorization.

Other hurdles remain for the Russian application, including a lack of full scientific information and inspections of manufacturing sites, said Dr. Mariangela Simao, a WHO assistant director-general.

Judy Twigg, a political science professor specializing in global health at Virginia Commonwealth University, expects Sputnik V to be approved eventually, but “maybe not by the end of this year.”

“The WHO has said that it needs more data, and it needs to go back and inspect some production lines where it saw issues early on. Those re-inspections are a multiweek process, with good reason. It’s not something that they just gloss over lightly.”

Apart from the WHO, Sputnik V is also still awaiting approval from the European Medicines Agency before all travel limitations can be lifted for people vaccinated with the Russian formula.

The long wait has frustrated many Russians, so when the WHO announced yet another delay in September, they started looking for solutions elsewhere.

“People don’t want to wait; people need to be able to get into Europe for various personal reasons,” explained Anna Filatovskaya, Russky Express tour agency spokesperson in Moscow. “Some have relatives. Some have business, some study, some work. Some simply want to go to Europe because they miss it.”