Australia has added Bharat Biotech’s Covaxin to the approved list of COVID vaccines. 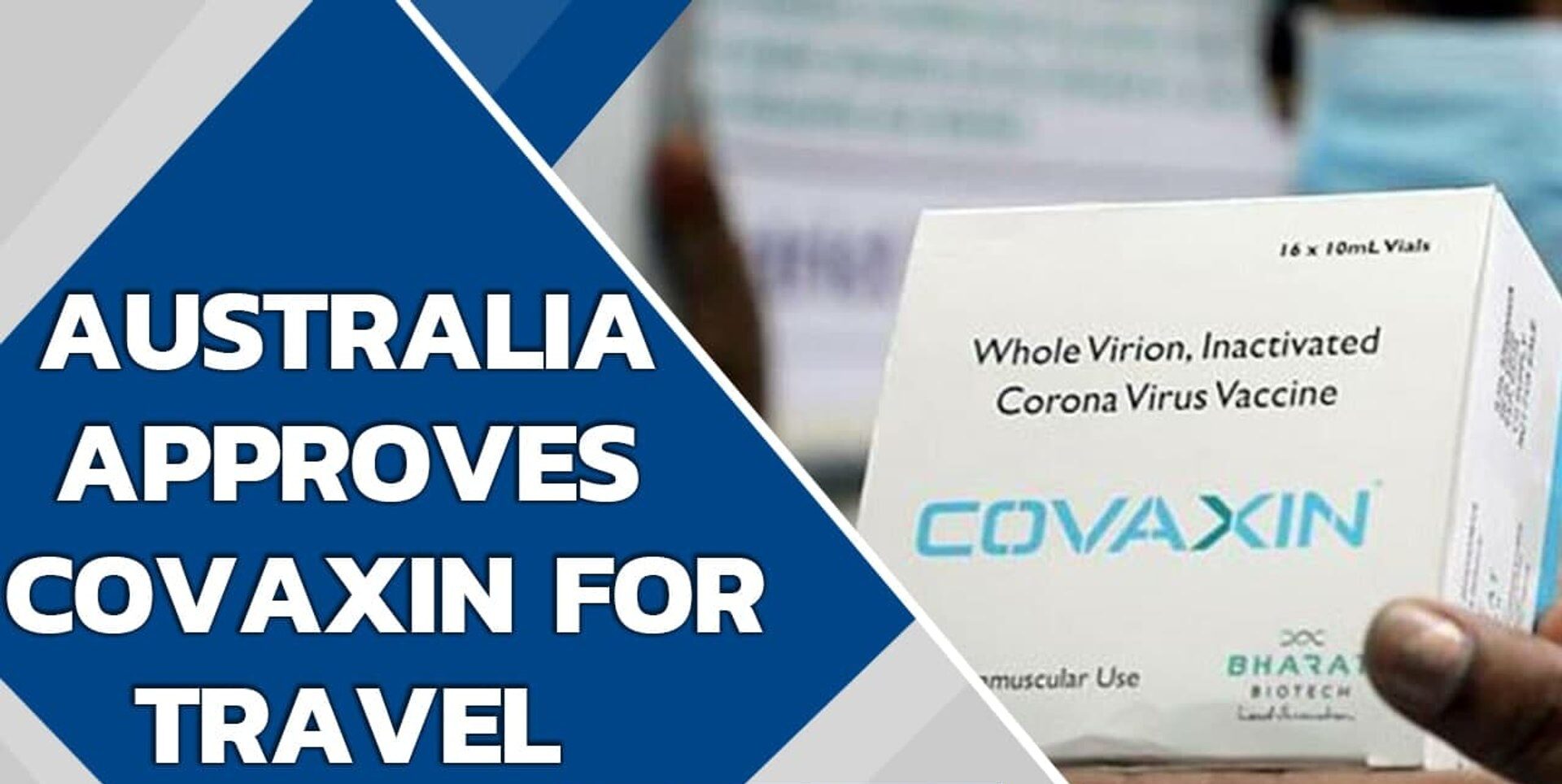 Australia has added Bharat Biotech’s Covaxin to the approved list of COVID vaccines.

Australia on Monday recognised Covaxin for the purpose of establishing a traveller’s vaccination status, two days before the World Health Organization meets for final assessment of the emergency use listing of the made-in-India vaccine.

The backing of Australia could tip the scale in favour of Covaxin when the WHO meets on November 3. Asserting India’s prowess in vaccine manufacturing, Prime Min­ister Narendra Modi at a G-20 summit session in Rome on Saturday said it was necessary that the WHO approves Indian vaccines “at the earliest”.

A technical advisory group of the WHO had sought additional clarifications from Bharat Biotech for Covaxin to conduct a final risk-benefit assessment for emergency use listing of the vaccine.

Besides Australia, countries that have recognised Covaxin for travelers include Nepal, Zimbabwe, Iran, Philippines, Mauritius, and Mexico. Apart from Bharat Biotech’s Covaxin, Australia has recognised BBIBP-CorV manufactured by Sinopharm, China, as an eligible vaccine for travellers. The recognition is for travellers aged 12 and over who have been vaccinated with Covaxin, and those 18 to 60 who have been vaccinated with BBIBP-CorV.

In a statement, Thera­peutic Goods Administration (TGA) under Australia’s health department said: “In recent weeks, the TGA has obtained additional information demonstrating these vaccines provide protection and potentially reduce the likelihood that an incoming traveller would transmit Covid-19 infection to others while in Australia or become acutely unwell due to Covid-19.”

TGA has received supporting information from the vaccine sponsor or the WHO. Australia allows travellers who have taken the Covishield shot. “Many citizens of China and India as well as other countries in our region where these vaccines have been widely deployed will now be considered fully vaccinated on entry to Australia.”

The move is likely to have a significant impact on the return of international students, and travel of skilled and unskilled workers to Australia.

Last week, the US Centres for Disease Control and Prevention had put Covaxin on the list of qualifying Covid-19 vaccine candidates, under the category of “participants in certain vaccination.” The WHO has so far approved Covid-19 vaccines of Pfizer-BioNTech, AstraZeneca-SK Bio/SII, J&J, Moderna, and Sinopharm for emergency use.

Monday’s announcement also covered BBIBP-CorV, manufactured by Sinopharm of China. Recognition of the Indian and Chinese manufactured vaccines are a new step in the direction of gradual reopening of Australia to global tourist flow. This will also help Indian students to return to Australia. Foreign Minister Marise Payne, during her latest visit to Delhi, committed that Canberra will open up in phases and that she herself will be present at the airport to receive Indian students when they return to the Australian campuses.

Australia had stopped receiving incoming tourists and travellers following the outbreak of the COVID-19 even though it operated flights evacuating nationals from partner countries like India.

All Countries That Have Approved Bharat Biotech’s Covid-19 Vaccine

Oman is the latest country to add Covaxin’s name to the list of Covid-19 vaccines approved by the country as the Indian Embassy on Wednesday. This means from now onwards, Indians travelling to Oman will get exemption from undergoing quarantine upon arrival.

“All passengers from India who have received two doses of Covaxin at least 14 days before the estimated arrival date will now be able to travel to Oman without the requirement of quarantine,” the embassy, located in Muscat, shared in a press release.

Covaxin’s emergency use is also approved by the Philippines’ food and drug agency. The country considers an individual to be fully vaccinated after at least 14 days elapse since the administration of the second dose.

Iran has also allowed Indians jabbed with Covaxin to travel to the country. To enter the country, an individual is required to carry proof of negative RT-PCR test conducted within 96 hours. Unavailability of the same would make the travellers undergo a compulsory quarantine for 14 days.

Mauritian authorities recognise the valid certification showing that at least 14 days have elapsed since the concerned individual has taken the second dose of Covaxin. Also, a negative RT-PCR test result obtained within 3-7 days before departure is mandatory.

Mexico has allowed individuals jabbed with Covaxin and no mandatory quarantine requirements are effective in the country. Mexican health regulator Cofepris has also authorised the emergency use of Covaxin.

Indian citizens vaccinated with Bharat Biotech’s Covaxin can enter Nepal with proper vaccine certificate. Elapse of 14 days since the administration of second dose is mandatory.

Covaxin is an indigenous vaccine developed by Hyderabad-based Bharat Biotech International Limited in collaboration with the Indian Council of Medical Research (ICMR) and National Institute of Virology, Pune (NIV).

Covaxin has demonstrated 77.8 per cent effectiveness against symptomatic Covid-19 and 65.2 per cent protection against the new Delta variant. Bharat Biotech’s Covaxin and Serum Institute’s Covishield are the two widely used vaccines in India.