PharmaEssentia Corporation a global biopharmaceutical innovator based in Taiwan leveraging deep expertise and proven scientific principles to deliver new biologics in hematology and oncology,  announced that the U.S. Food and Drug Administration (FDA) has approved BESREMi® (peginterferon alfa-2b-njft) for the treatment of adults with polycythemia vera (PV).

BESREMi is an innovative monopegylated, long-acting interferon, which exhibits its cellular effects in polycythemia vera in the bone marrow. BESREMi was approved with a boxed warning for risk of serious disorders including aggravation of neuropsychiatric, autoimmune, ischemic, and infections disorders. PharmaEssentia is preparing to make BESREMi available in the coming weeks in the U.S.

PV is a rare, chronic, and life-threatening blood cancer caused by a mutation in stem cells in the bone marrow, resulting in the overproduction of blood cells. When this occurs, it puts a person at risk for serious health problems, including blood clots, stroke and heart attack. Most cases are caused by a JAK2V617F mutation and, without proper management, this debilitating cancer can progress into myelofibrosis and malignancies, including acute myeloid leukemia.

“The FDA approval of BESREMi for people with polycythemia vera represents the next step in advancing patient care as it provides a critical addition to managing not only symptom burden and near-term complications, but also treating the cancer early, which may help reduce the risk of disease progression over time,” said Srdan Verstovsek, M.D., Ph.D., Director of the Hanns A. Pielenz Clinical Research Center for Myeloproliferative Neoplasms, Department of Leukemia at the University of Texas MD Anderson Cancer Center. “With the availability of an FDA-approved, next-generation interferon for this indication, it’s time that we focus on preserving the long-term health of patients with polycythemia vera.”

“The reality of living with a rare and chronic cancer like polycythemia vera is that it is often underrecognized and the limited treatments available cannot properly address the disease beyond the symptoms. Our community welcomes the FDA approval of a new treatment that has the potential to deliver what has been unavailable for so many patients hoping for a better outlook,” said Ann Brazeau, CEO of MPN Advocacy and Education International.

“Over 7,000 rare diseases affect more than 30 million people in the United States. Polycythemia vera affects approximately 6,200 Americans each year,” said Ann Farrell, M.D., director of the Division of Non-Malignant Hematology in the FDA’s Center for Drug Evaluation and Research. “This action highlights the FDA’s commitment to helping make new treatments available to patients with rare diseases.”

Treatment for polycythemia vera includes phlebotomies (a procedure that removes excess blood cells though a needle in a vein) as well as medicines to reduce the number of blood cells; Besremi is one of these medicines. Besremi is believed to work by attaching to certain receptors in the body, setting off a chain reaction that makes the bone marrow reduce blood cell production. Besremi is a long-acting drug that patients take by injection under the skin once every two weeks. If Besremi can reduce excess blood cells and maintain normal levels for at least one year, then dosing frequency may be reduced to once every four weeks.

The effectiveness and safety of Besremi were evaluated in a multicenter, single-arm trial that lasted 7.5 years. In this trial, 51 adults with polycythemia vera received Besremi for an average of about five years. Besremi’s effectiveness was assessed by looking at how many patients achieved complete hematological response, which meant that patients had a red blood cell volume of less than 45% without a recent phlebotomy, normal white cell counts and platelet counts, a normal spleen size, and no blood clots. Overall, 61% of patients had a complete hematological response.

Interferon alfa products like Besremi may cause or worsen neuropsychiatric, autoimmune, ischemic (not enough blood flow to a part of the body) and infectious diseases, which could lead to life-threatening or fatal complications. Patients who must not take Besremi include those who are allergic to the drug, those with a severe psychiatric disorder or a history of a severe psychiatric disorder, immunosuppressed transplant recipients, certain patients with autoimmune disease or a history of autoimmune disease, and patients with liver disease.

The U.S. FDA approval was based on safety from the PEGINVERA and PROUD/ CONTINUATION-PV studies and efficacy data from the PEGINVERA clinical study program. The study showed that after 7.5 years of treatment with BESREMi, 61% of patients with PV experienced a complete hematological response (defined as hematocrit <45% without phlebotomy for at least 2 months since last phlebotomy, platelets ≤ 400 x 109/L, leukocytes ≤10 x 109/L, normal spleen size (longitudinal diameter ≤12 cm for females and ≤ 13 cm for males). Importantly, 80% of patients achieved a hematological response (based on objective laboratory parameters only, with the exclusion of normal spleen size and thrombosis). These parameters are the most commonly used metrics to make therapeutic decisions.1 In the pooled safety population of patients treated with BESREMi, the most common adverse reactions (incidence >40%) were influenza-like illness, arthralgia, fatigue, pruritis, nasopharyngitis, and musculoskeletal pain. Serious adverse reactions (incidence > 4%) were urinary tract infection, transient ischemic attack and depression.1

“We are incredibly proud to deliver on our goal of bringing treatments like BESREMi to the polycythemia vera community where there is clear unmet need for more effective, tolerable and durable treatments to preserve patients’ health and well-being,” said Ko-Chung Lin, Ph.D., Co-Founder and Chief Executive Officer for PharmaEssentia and inventor of ropeginterferon alfa-2b-njft. “As we begin working closely with the community to integrate this important treatment into clinical practice, we also continue to expand our scientific efforts to unlock the full potential of our pioneering molecule.”

Polycythemia Vera (PV) is a cancer originating from a disease-initiating stem cell in the bone marrow resulting in a chronic increase of red blood cells, white blood cells, and platelets. This condition may result in cardiovascular complications such as thrombosis and embolism, as well as transformation to secondary myelofibrosis or leukemia. While the molecular mechanism underlying PV is still subject of intense research, current results point to a set of acquired mutations, the most important being a mutant form of JAK2.

BESREMi is an innovative monopegylated, long-acting interferon. With its unique pegylation technology, BESREMi has a long duration of activity in the body and is aimed to be administered once every two weeks or longer until hematologic parameters are stabilized, allowing flexible dosing that helps meet the individual needs of patients. After one year, patients with stable complete hematologic response (CHR) can be treated with BESREMi every four weeks. 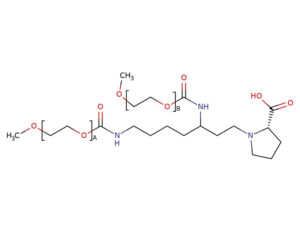 BESREMi has orphan drug designation for treatment of PV in the United States. The product was approved by the European Medicines Agency (EMA) in 2019 and has received approval in Taiwan and South Korea. BESREMi was invented and is manufactured by PharmaEssentia.

The EC’s approval of Besremi was based on the positive outcomes of a clinical development programme consisting of four clinical studies named PROUD-PV, PEN-PV, PEGINVERA and the on-going CONTINUATION-PV.

PROUD-PV was a Phase III, 12-month, randomised clinical study to evaluate the safety and efficacy of the drug compared to hydroxyurea in PV patients that did not receive prior hydroxyurea treatment.

The primary endpoint of the trial was the Complete Hematologic Response (CHR) rate at 12 months. Ropeginterferon alfa-2b showed better CHR and improved safety and tolerability profile compared to hydroxyurea in the study.

PEN-PV was a Phase III open-label and single-arm study in patients that completed the ropeginterferon alfa-2B arm of the PROUD-PV study. It was performed to evaluate the convenience of self-administration of the drug by patients using a pre-filled pen.

PEGINVERA was an open-label, prospective, multi-centre, Phase I /II dose escalation trial performed to determine the maximum tolerated dose in patients. The subjects were successfully switched from the once every two weeks to four weeks long-term maintenance dosing schedule after a period of two years.

Ropeginterferon alfa-2b demonstrated disease-modifying abilities after four years through the reduction of the mutant JAK2V617F allelic burden to below 10% in the majority of patients.

CONTINUATION-PV is an open-label, multi-centre, Phase IIIb clinical study to determine the long-term efficacy and safety of the drug. The patients that completed the PROUD-PV study were selected to enrol for this study.

Interferon alfa products may cause or aggravate fatal or life-threatening neuropsychiatric, autoimmune, ischemic, and infectious disorders. Patients should be monitored closely with periodic clinical and laboratory evaluations. Therapy should be withdrawn in patients with persistently severe or worsening signs or symptoms of these conditions. In many, but not all cases, these disorders resolve after stopping therapy.

Closely monitor patients for any symptoms of psychiatric disorders and consider psychiatric consultation and treatment if such symptoms emerge. If psychiatric symptoms worsen, it is recommended to discontinue BESREMi therapy.

The most common adverse reactions reported in > 40% of patients in the PEGINVERA study (n=51) were influenza-like illness, arthralgia, fatigue, pruritis, nasopharyngitis, and musculoskeletal pain. In the pooled safety population (n=178), the most common adverse reactions greater than 10%, were liver enzyme elevations (20%), leukopenia (20%), thrombocytopenia (19%), arthralgia (13%), fatigue (12%), myalgia (11%), and influenza-like illness (11%).

PharmaEssentia Corporation (TPEx: 6446), based in Taipei, Taiwan, is a rapidly growing biopharmaceutical innovator. Leveraging deep expertise and proven scientific principles, the company aims to deliver effective new biologics for challenging diseases in the areas of hematology and oncology, with one approved product and a diversifying pipeline. Founded in 2003 by a team of Taiwanese-American executives and renowned scientists from U.S. biotechnology and pharmaceutical companies, today the company is expanding its global presence with operations in the U.S., Japan, China, and Korea, along with world-class biologics production facility in Taichung.