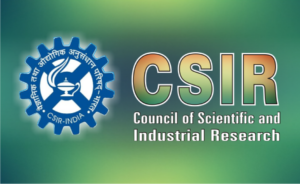 The Council of Scientific and Industrial Research (CSIR) is ranked as the first in the country in terms of a number of medical biotechnology patents, followed by Hindustan Lever and Department of Biotechnology (DBT).

No Indian organisation ranked close to the top 25 global entities in terms of output in the field, according to a report on Research Landscape and Performance Benchmarking in Biotechnology, a study commissioned by the Department of Biotechnology (DBT), Ministry of Science and Technology, and conducted by Elsevier.

A patent family is a collection of patent applications covering the same or similar technical content.

Globally, the medical biotechnology segment is much less dominated by organisations from Asia, with multiple US universities taking their share in the top spots. However, the Chinese Academy of Sciences ranked first with 3,512 patent families, almost 800 more than the University of California System in second place with 2,711 patent families, Shanghai Bode Gene Development third with 2,519 patent families applied between 1999 and 2002 followed by F.Hoffmann-La-Roche (2,396), GlaxoSmithKline (2,052), Novartis (2,023), Bayer Healthcare (1,991), Sanofi (1,933), US HHS (1,611) and CNRS (1,572).

Global research publications have grown from 11,611 publications in 1999 to 38,040 in 2018, with a compound annual growth rate of 6.4 per cent. This represents faster growth than the rate for total research output, which was 5.1 per cent over the period. There is an acceleration in publication growth in the second half of the decade.

CSIR has a dynamic network of 38 National Research Laboratories which cover a wide spectrum of science and technology.

Apart from these laboratories, there are 5 more CSIR-Units which offer opportunities to the selected candidates.

The Council of Scientific & Industrial Research (CSIR), known for its cutting edge R&D knowledge base in diverse S&T areas, is a contemporary R&D organization. CSIR has a dynamic network of 37 national laboratories, 39 outreach centres, 3 Innovation Complexes, and five units with a pan-India presence. CSIR’s R&D expertise and experience are embodied in about 3460 active scientists supported by about 4350 scientific and technical personnel as of June 2021.

Pioneer of India’s intellectual property movement, CSIR today is strengthening its patent portfolio to carve out global niches for the country in select technology domains. CSIR filed about 225 Indian patents and 250 foreign patents per year during 2015-20. CSIR has a patent portfolio of 1,132 unique patents in force, out of which 140 patents have been commercialized. CSIR also has 2,587 in force patents granted abroad in multiple countries. Amongst its peers in publicly funded research organizations globally, CSIR is a leader in filing and securing patents worldwide.

CSIR has pursued cutting edge science and advanced knowledge frontiers. In 2019, CSIR published 5009 papers in SCI Journals with an average impact factor per paper of 3.714.

CSIR has operationalized desired mechanisms to boost entrepreneurship, which could lead to enhanced creation and commercialization of radical and disruptive innovations, underpinning the development of new economic sectors.

CSIR has put in place CSIR@80: Vision & Strategy 2022 – New CSIR for New India. CSIR’s mission is “to build a new CSIR for a new India”, and CSIR’s vision is to “Pursue science which strives for global impact, the technology that enables innovation-driven industry and nurtures trans-disciplinary leadership thereby catalyzing inclusive economic development for the people of India”.

DawaaDost announces one day’s Diabetes Course of ‘Metformin 1000 mg’ at only rupee one per day.