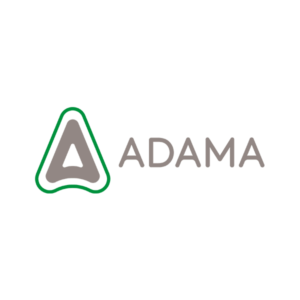 One of the largest holding companies in global agribusiness, ADAMA began producing the fungicide, Armero, at its plant in Londrina (PR) this week, after the patent for one of its assets has recently expired in Brazil.For the production of the first batches of Armero, ADAMA imported Prothioconazole from its headquarters in Israel, but by the end of the first half of 2022, it will begin synthesizing the active ingredient at its factory in Taquari (RS), where it invested more than BRL200 million in a new fungicide synthesis unit.

ARMERO™ is a key product in controlling Asian soybean rust, a highly impactful disease which causes significant crop damage and yield loss of up to 90%, and is expected to be an important growth driver for ADAMA in the future. The market size of the prothioconazole active ingredient is approximately $800 million and is expected to reach over a billion dollars by 2025

The investments are part of the company’s plan to double its operating revenue in the Brazilian market by 2025, with the launch of more than 20 new products.

With a focus on launching exclusive formulations, the company’s objective is to produce actives at its factory in Taquari (RS), where more than R$200 million are being invested in a new fungicide synthesis unit.

“We are the leading company in registered active ingredients in the world, with the flexibility to develop solutions adapted to the needs of farmers. Listening, understanding and delivering are the words that reflect the essence of our work. And that is what we are again doing. Delivering what farmers needs, when they need it,” said Romeu Stanguerlin, ADAMA CEO.

Comprising 16 institutions, the Consortium of Rede de Mancha Target conducts cooperative experiments with the major fungicides registered and in the registration phase for soybean crops. Results from the 2020/2021 crop season showed that Armero presented the best productivity rates among evaluated fungicides, with an average of 4,390 kg/ha.

“The results presented by Armero attest to how ADAMA is a vanguard company in terms of supporting producers in facing their main challenges in the field, as is the case with controlling Mancha Alvo, an issue that can cause productivity losses in excess of 30%,” said Gerson Dalla Corte, ADAMA Fungicides Manager.
“In recent crops, Mancha Alvo has caused increasing damage in all major soy-producing regions in the country. Traditional fungicides no longer have the same efficiency as before, due to the growing issue of resistance. With Armero, we have a solution that raises the standard for controlling this disease,” he added.

Armero’s composition offers different modes of action, including as a powerful protective fungicide. Armero is the second fungicide in the TOV family, an exclusive formulation technology that promotes greater adherence to soybean leaves, stands out for its ease of application, offers no risk of clogging spray nozzles, and is highly effective in combating main soy diseases.
In terms of management program with fungicides, Armero will be recommended for the first application, ensuring greater protection and the health of shallow waters and, therefore, higher crop productivity.
Its broad spectrum of control guarantees coverage against major soy diseases, especially Target Spot, Rust and DFCs, always with high consistency of results in different regions of Brazil.
Armero is the second ADAMA fungicide to be considered a Network Consortium champion. Over the last three crops, Cronnos was the most efficient fungicide for controlling Asian Rust in soybean.

ADAMA is a leading global crop protection company, providing solutions to combat weeds, insects and disease, so farmers can do what they do best: feed the world.

ADAMA is a global company that has been operating for more than 70 years in the agrochemical sector and is present in more than 120 countries. In Brazil, ADAMA is headquartered in Londrina (PR) and Taquari (RS), in addition to 13 regional sales. They are more than 550 employees driven by passion and for the purpose of creating simplicity in agriculture.

ADAMA sells its products in approximately 100 countries through 60 subsidiary companies around the world. In 2019, ADAMA reported sales of $3.997 billion, EBITDA of $656 million, a net income of $208 million and operating income of $410 million.