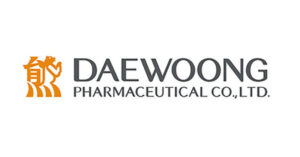 Abeprazan also known as Fexuprazan . Fexuprazan is a novel potassium-competitive acid blocker (P-CAB) developed by Daewoong, which reversibly blocks the proton pump that secretes gastric acids located in the canalicular membrane. It is a next-generation of proton pump inhibitors (PPI), which are widely used for gastroesophageal reflux disease (GERD). A phase 3 clinical trial of Fexuprazan was conducted in Korea in patients with erosive esophagitis, and additional clinical trials are ongoing for other acid-related diseases.

The phase 3 clinical trial in patients with erosive esophagitis was conducted in 25 hospitals in Korea. Fexuprazan showed a 99% of mucosal healing rate at week 8 and was well tolerated in the patients. Fexuprazan also showed improved symptom relief. Particularly, in the patients with moderate to severe symptoms, Fexuprazan exhibited significantly faster and better heartburn relief compared to Esomeprazole and this heartburn relief was shown to be maintained during nighttime. Furthermore, an atypical symptom such as cough was also improved with the treatment of Fexuprazan.