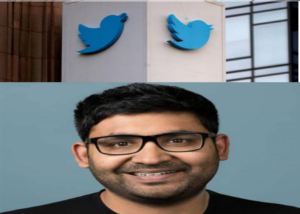 India-born Parag Agrawal has been appointed as the new Chief Executive Officer of Twitter. This comes after Jack Dorsey stepped down as the CEO of the microblogging site on Monday.

Parag Agrawal, 37, Twitter’s chief technology officer has been named the social media company’s CEO effective immediately, after Jack Dorsey stepped down earlier today, Nov. 29. Dorsey, 45, was serving as both the CEO of Twitter and Square, a digital payments company. Dorsey announced his resignation and Agrawal’s appointment in a letter he sent to his employees, which he shared on Twitter. “I’ve decided to leave Twitter because I believe the company is ready to move on from its founders,” he said in a statement. He didn’t provide any additional detail on why he decided to resign.

Dorsey said in the email that Agrawal has been his choice to lead the company “for some time given how deeply he understands the company and its needs.” Dorsey will remain a member of the board until his term expires at the 2022 meeting of stockholders. Salesforce President and COO Bret Taylor will become the chairman of the board, succeeding Patrick Pichette, a former Google executive, who will remain on the board as chair of the audit committee. Bloomberg noted that “Dorsey faced criticism in recent years for his hesitations to censor users, including controversial public figures, on the app.” Paul Barrett, deputy director of the NYU Stern Center for Business and Human Rights, said in a statement he shared with Bloomberg. He said Dorsey “leaves behind a mixed legacy.” He said Twitter, “a platform that’s useful and potent for quick communication but one that’s been exploited by a range of bad actors, including former President Donald Trump, who did his best on Twitter to undermine democracy — until Dorsey’s people finally had enough and shut him down.”

Agrawal, an alumnus of the Indian Institute of Technology (IIT) Bombay, has spent a decade with Twitter. In 2005, he moved to the United States and enrolled at Stanford University to pursue a doctorate in computer science. “There, he joined a research group focused on databases, which let computers store and mine large amounts of digital information, The New York Times said in his profile.

Agrawal joined Twitter in October 2011 as a Distinguished Software Engineer after completing his Ph.D. in Computer Science from Stanford University. His early work on the use of artificial intelligence to increase the relevance of tweets on Twitter timelines was well recognized.

He was appointed CTO in 2017. He succeeded Adam Messinger, who left the company in December 2016. As CTO, Agrawal was in charge of strategy involving artificial intelligence and machine learning and he led projects to make tweets in users’ timelines more relevant to them. He has an estimated net worth of $1.52 million according to PeopleAI.

CNBC reported that “Agrawal was also previously tasked with finding a leader for Project Bluesky, a research project Twitter launched to establish open and decentralized standards for social media platforms.” The report noted that “Dorsey had previously said Bluesky will help social media companies collaborate on how posts are promoted to users and will give users more control over the content they see. Bluesky could also make it easier for the social networks to enforce restrictions against hate speech and other abuse, essentially helping them share the load at a lower cost.”

Taking to Twitter, Agrawal thanked Dorsey for his continued mentorship and friendship. Further, he thanked the entire team for their trust and support.“Our purpose has never been more important. Our people and culture are unlike anything in the world. There is no limit to what we can do together,” he wrote in a note shared on his Twitter handle. “The world is watching us right now, even more than they have before. Lots of people are going to have lots of different views and opinions about today’s news. It is because they care about Twitter and our future, and it’s a signal that the work we do here matters. Let’s show the world Twitter’s full potential.” While studying at Stanford, he worked as a research intern for Microsoft, Yahoo!, and AT&T Labs. He completed his schooling from the Atomic Energy Central School in Mumbai.

Agrawal is married to physician-scientist Vineeta Agarwal. The couple got married in January 2016, after getting engaged in October 2015. They have a son, Ansh, who was born in November 2018.

As a general partner at the venture capital firm Andreessen Horowitz, Vineeta Agrawal “leads investments for the firm’s bio fund across therapeutics, diagnostics, and digital health, with a focus on companies that are leveraging unique datasets to improve drug development and patient care delivery,” according to t her profile in Urban Woman Magazine. She also serves on the board of BigHat Biosciences.

Previously, she was also the director of product management at Flatiron Health, where she led the development of national-scale databases that integrated clinical and genomic data for research and drug development in oncology. She also studied the genetic basis of common disease at the Broad Institute of Harvard & MIT and was also a computational researcher at Cold Spring Harbor Laboratory and Lawrence Livermore National Laboratory, an early data scientist at Boston-based health tech startup Kyruus, and a management consultant for biotech, pharmaceutical, and medical device clients at McKinsey & Company in New York.

Twitter (initially called Twttr) is an American microblogging and social networking service on which users post and interact with messages known as “tweets”. Registered users can post, like, and retweet tweets, but unregistered users can only read those that are publicly available. Users interact with Twitter through browser or mobile frontend software, or programmatically via its APIs. Prior to April 2020, services were accessible via SMS. The service is provided by Twitter, Inc., a corporation based in San Francisco, California, and has more than 25 offices around the world. Tweets were originally restricted to 140 characters, but the limit was doubled to 280 for non-CJK languages in November 2017. Audio and video tweets remain limited to 140 seconds for most accounts.

Twitter was created by Jack Dorsey, Noah Glass, Biz Stone, and Evan Williams in March 2006 and launched in July of that year. By 2012, more than 100 million users posted 340 million tweets a day, and the service handled an average of 1.6 billion search queries per day. In 2013, it was one of the ten most-visited websites and has been described as “the SMS of the Internet”.As of Q1 2019, Twitter had more than 330 million monthly active users. Twitter is a some-to-many microblogging service, given that the vast majority of tweets are written by a small minority of users.

The Ministry of Agriculture, Livestock and Supply (MAPA) publishes a Consultation in Order to Expedite the Pesticide Registration Procedure.