Biogen Suffers Yet Another Setback as an Appeal for the Tecfidera Patent is Denied.

A U.S. appeals court has declined to resurrect a key patent on Biogen’s once-stalwart multiple sclerosis med Tecfidera, according to court documents filed (PDF) Tuesday. It’s the latest spot of trouble for the struggling blockbuster, which succumbed to its first generic competitor in August 2020.

The United States Court of Appeals for the Federal Circuit has ruled that the District Court for the Northern District of West Virginia “did not clearly err” when it invalidated a Tecfidera patent last June. Separately, the court upheld (PDF) a decision by a U.S. Patent and Trademark Office review board. 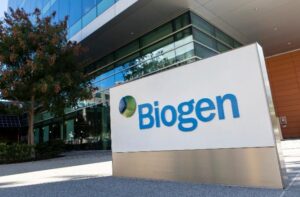 The case stems back to a long-running patent feud between Biogen and Viatris, the company formerly known as Mylan. Tecfidera’s main remaining patient, ‘514, was originally set to expire in 2028. Then, in June 2020, U.S. District Judge Irene Keeley ruled in Mylan’s favor, invalidating the patent and putting years of monopoly sales at risk.

At the time, Biogen promised to appeal. That didn’t stop Viatris from launching its copycat “at risk” in August 2020, however, which immediately made Tecfidera’s prospects for the remainder of the year “very murky,” Jefferies analyst Michael Yee wrote in a note to clients at the time.

Viatris’ copycat is the first oral multiple sclerosis generic to hit the market. For the first nine months of 2021, global sales for Tecfidera fell 54% to $1.47 billion.

With Tuesday’s ruling, Biogen can now petition for a rehearing and potentially appeal to the Supreme Court.

Still, this likely marks the end of the Tecfidera patent saga in court, RBC Capital Markets’ Brian Abrahams wrote in a note to clients Tuesday. The decision will likely open the floodgates for more generics, which are “unlikely to be displaced,” Abrahams said.

With Tecfidera on life support and Biogen struggling across several other areas of its business, shares could be “approaching a bottom,” Abrahams added.

Amid Tecfidera’s troubles, Biogen’s newly minted Alzheimer’s disease drug Aduhelm no longer looks like quite the winner it once did. At the start of the year, Biogen had been counting on its now-approved Alzheimer’s disease med Aduhelm, also known as aducanumab, to provide a boost amid competitive struggles for Tecfidera and its spinal muscular atrophy blockbuster Spinraza.

Instead, the drug has faced a safety controversy and early skepticism from payers. In its first quarter on the market, Aduhelm generated just $300,000.

Amgen Wins its Second Patent of the year, Delaying Samsung’s Enbrel Biosim until 2029.

The PCT is now open to Jamaicans.