Impurity standards are used to perform the system suitability, qualitative and quantitative parameters for compliance to Indian Pharmacopoeia monograph. 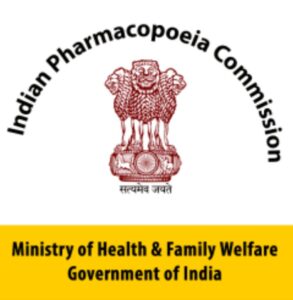 IPC in collaboration with USP also conducted a webinar on “Fundamentals of Dissolution” as a part of Capability Building initiative. The webinar was conducted “exclusively” for MSME (Micro, small and medium enterprises).

The panelists for webinar includes

The vision of IPC is to promote the highest standards of drugs for use in human and animals within practical limits of the technologies available for manufacture and analysis.

IPC is an autonomous institution of the ministry of health and family welfare, Government of India. IPC is created to set standards of drugs in the country. Its basic function is to update regularly the standards of drugs commonly required for treatment of diseases prevailing in this region. The mandate of the commission is to perform, inter-alia, functions such as revision and publication of the Indian Pharmacopoeia and National Formulary of India on a regular basis besides providing IP reference substances and training to the stakeholders on Pharmacopoeial issues. 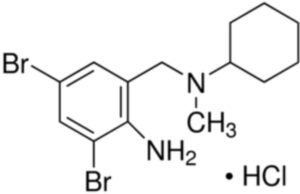 Bromhexine Hydrochloride is the hydrochloride salt form of bromhexine, a secretolytic, with mucolytic activity. Upon administration, bromhexine increases lysosomal activity and enhances hydrolysis of acid mucopolysaccharide polymers in the respiratory tract. This increases the production of serous mucus in the respiratory tract, which makes the phlegm thinner and decreases mucus viscosity. This contributes to its secretomotoric effect, and allows the cilia to more easily transport the phlegm out of the lungs. This clears mucus from the respiratory tract and may aid in the treatment of respiratory disorders associated with abnormal viscid mucus, excessive mucus secretion and impaired mucus transport. 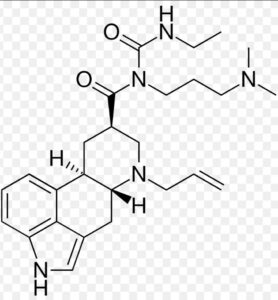 Cabergoline is a dopaminergic medication used in the treatment of high Prolactin levels, Prolactinomas, Parkinson’s disease, and for other indications. It is taken by mouth.

Cabergoline is an ergot derivative and a potent dopamine D2 receptor agonist. 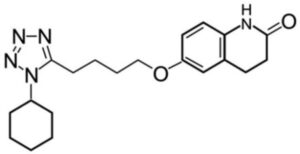 It is a medication used to help the symptoms of intermittent claudication in peripheral vascular disease. If no improvement is seen after 3 months, stopping the medication is reasonable. It may also be used to prevent stroke. It is taken by mouth.

Common side effects include headache, diarrhea, dizziness, and cough. Serious side effects may include decreased survival in those with heart failure, low platelets, and low white blood cells. Cilostazol is a phosphodiesterase 3 inhibitor which works by inhibiting platelet aggregation and dilating arteries. 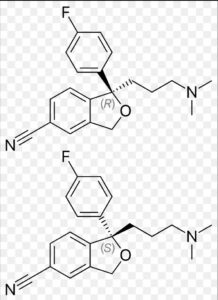 Citalopram, sold under the brand name Celexa among others, is an antidepressant of the selective serotonin reuptake inhibitor (SSRI) class. It is used to treat major depressive disorder, obsessive compulsive disorder, panic disorder, and social phobia. The antidepressant effects may take one to four weeks to occur. It is taken by mouth.

Common side effects include nausea, trouble sleeping, sexual problems, shakiness, feeling tired, and sweating. Serious side effects include an increased risk of suicide in those under the age of 25, serotonin syndrome, glaucoma, and QT prolongation.  It should not be used in persons who take or have recently taken a MAO inhibitor. Antidepressant discontinuation syndrome may occur when stopped. There are concerns that use during pregnancy may harm the fetus 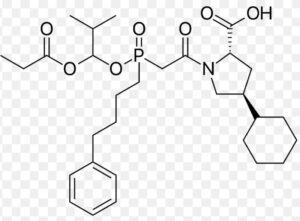 Fosinopril is used alone or in combination with other medications to treat high blood pressure. It is also used in combination with other medications to treat heart failure. Fosinopril is in a class of medications called angiotensin-converting enzyme (ACE) inhibitors. It works by decreasing certain chemicals that tighten the blood vessels, so blood flows more smoothly and the heart can pump blood more efficiently.

It is marketed, by Bristol-Myers Squibb under the trade name Monopril. Fosinopril is a cascading pro-drug. The special niche for the medication that differentiates it from the other members of the ACE Inhibitor drug class is that was specifically developed for the use for patients with renal impairment. This was through manipulation of the metabolism and excretion, and is seen that fifty percent of the drug is hepatobiliary cleared, which can compensate for diminished renal clearance. The remaining fifty percent is excreted in urine. It does not need dose adjustment. 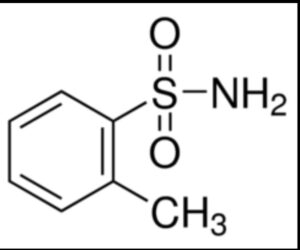 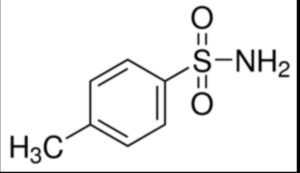 Toluene-4-sulfonamide is a sulfonamide that is benzenesulfonamide bearing a methyl group at position 4.

It is used in the manufacture of dyes, synthetic resins, paints, disinfectants and wood processing brightener.

It is used for the manufacture of plasticizers, disinfectants; it can also be used for the production of synthetic resins, paints, and fluorescent dyes.

Acetyltributylcitrate is an organic compound that is used as a plasticizer. As such, it is a potential replacement of DEHP and DINP. It is a colorless liquid that is soluble in organic solvents. It is found in nail polish and other cosmetics. It is prepared by acetylation of tributylcitrate 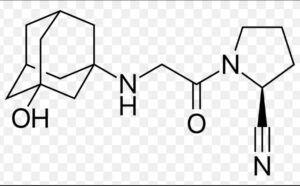 Vildagliptin, sold under the brand name Galvus among others, is an oral anti-hyperglycemic agent (anti-diabetic drug) of the dipeptidyl peptidase-4 (DPP-4) inhibitor class of drugs. Vildagliptin inhibits the inactivation of GLP-1  and GIP  by DPP-4, allowing GLP-1 and GIP to potentiate the secretion of insulin in the beta cells and suppress glucagon release by the alpha cells of the islets of Langerhans in the pancreas.

The NTAGI is Considering Giving Immunocompromised Persons a “Additional” Dosage of COVID-19 Vaccination.

Cotton Corporation of India gets price assistance from the Cabinet.