Sobi Backed by NICE For Aspaveli

NICE recommends Aspaveli as an option for adult PNH patients who are anemic after treatment with a C5 inhibitor, such as AstraZeneca’s Ultomiris, for at least three months. The recommendation assumes, of course, that Sobi’s drug will pass muster with U.K. drug regulators.

Aspaveli, which is already marketed in the U.S. by Apellis as Empaveli, is currently under review by the U.K.’s Medicines and Healthcare products Regulatory Agency (MHRA).

NICE often rejects drugs on pricing concerns. Not so with Sobi’s Aspaveli, though the drug is likely to be pricey. In the U.S., Apellis’ Empaveli costs around $36,790 per 160-mL supply, according to Drugs.com. Sobi licensed ex-U.S. rights to the medicine last year.

PNH is a rare, chronic blood disorder characterized by the destruction of healthy, oxygen-carrying red blood cells, Sobi said. The disease affects some 900 people in England. The disorder can lead to frequent blood transfusions and cause symptoms such as severe fatigue and anemia. If left untreated, the disease has a 10-year mortality rate of 29%. 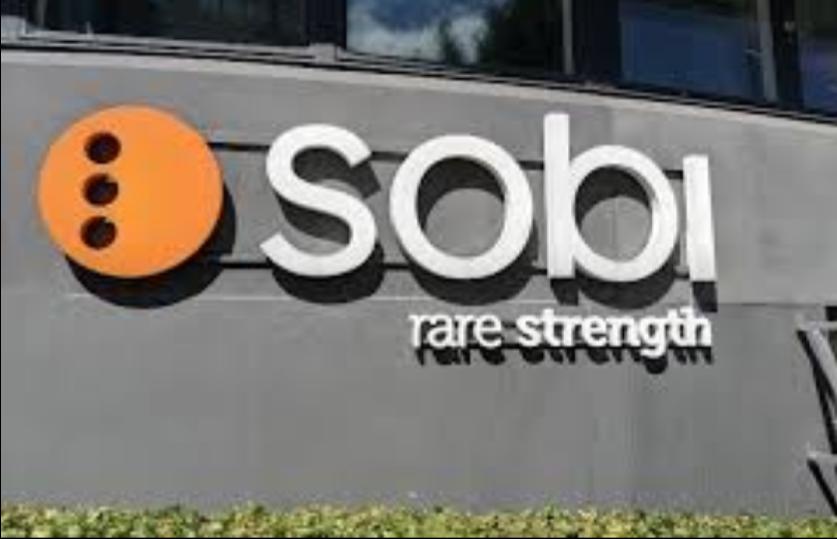 Meanwhile, AstraZeneca’s Ultomiris snagged its NICE blessing in April after offering up a confidential discount. The verdict allows the drug to be used in patients with high disease activity who’ve remained stable on Soliris for at least six months. The drug is dosed by weight, but it typically costs around £50,000 every other month before the discount.

AstraZeneca picked up Ultomiris and Soliris in its $39 billion buyout of Alexion.

On 14 October 2021, the Committee for Medicinal Products for Human Use (CHMP) adopted a positive opinion, recommending the granting of a marketing authorisation for the medicinal product Aspaveli,1 intended for the treatment of adult patients with paroxysmal nocturnal haemoglobinuria.

The applicant for this medicinal product is Swedish Orphan Biovitrum AB (publ).

Aspaveli will be available as a 1,080 mg solution for infusion. The active substance of Aspaveli is pegcetacoplan, a selective immunosupressant (ATC code: L04AA54). Pegcetacoplan binds to complement protein C3 and its activation fragment C3b with high affinity, thereby regulating the cleavage of C3 and the generation of downstream effectors of complement activation.

The benefits of Aspaveli are its ability to improve haemoglobin levels and to avoid transfusions in patients with paroxysmal nocturnal haemoglobinuria who are anaemic after treatment with a C5 inhibitor. The most common side effects are upper respiratory tract infection, headache, abdominal pain, diarrhoea, injection site reactions, fatigue and pyrexia.

Swedish Orphan Biovitrum AB is an international biopharmaceutical company dedicated to treatments in the areas of haematology, immunology and specialty care, based in Stockholm, Sweden.

Sobi traces its origins to a subsidiary of Kärnbolaget Aktiebolag Biokemisk Industri in the 1930s, which changed its name to Kabi  in 1951 and merged with Vitrum [sv] to become KabiVitrum in the 1970s.

Sobi has been involved in the process development and manufacturing of recombinant protein drugs since the technology was first developed around 30 years ago, then as part of KabiVitrum.

Guido Oelkers was appointed President and CEO in May 2017, succeeding Geoffrey McDonough. Oelkers had previously been CEO of BSN Medical

Alembic Pharma seeds down in US biotech RIGImmune