The U.S. drugmaker will pay $100 a share in an all-cash transaction for San Diego-based Arena, bringing assets in gastroenterology, dermatology and cardiology, according to a statement Monday. That’s about double Arena’s Friday closing price.

Pfizer, collaborator with BioNTech SE on the widely used Comirnaty Covid-19 vaccine, said the deal complements its capabilities in inflammation and immunology and will contribute to growth through 2025 and beyond.

Arena surged 95% in U.S. pre-market trading. The boards of both companies have unanimously approved the transaction.

“We plan to accelerate the clinical development of etrasimod for patients with immuno-inflammatory diseases,” said Mike Gladstone, Pfizer’s global president for inflammation and immunology. 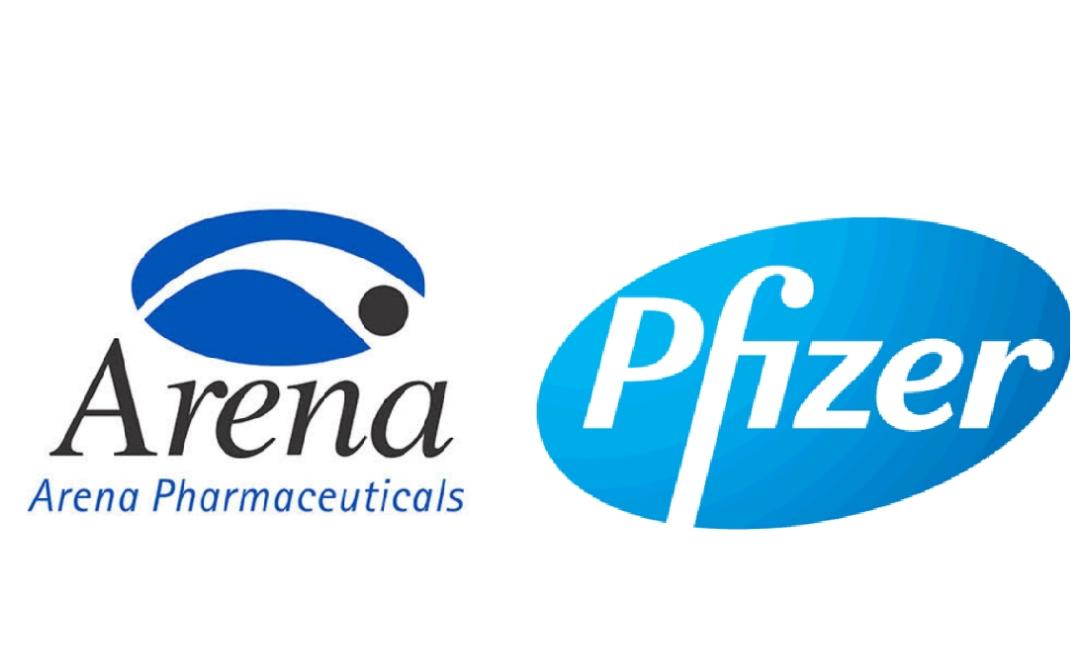 If approved, Arena’s etrasimod would compete with Bristol-Myers Squibb & Co.’s Zeposia, a pill with a similar biological function targeting immune cell receptors. Zeposia was approved in May for ulcerative colitis by the Food and Drug Administration. Global Zeposia sales are forecast to reach $2.9 billion in 2025, according to SVB Leerink, an investment bank.

There are about a quarter-million ulcerative colitis patients in the U.S. receiving treatment, according to Leerink. More than half of patients take drugs to block an inflammatory protein called tumor necrosis factor, such as AbbVie Inc.’s Humira.

Pfizer’s Xeljanz, which targets a different inflammatory protein, had $500 million in 2020 sales from patients with ulcerative colitis or Crohn’s disease, according to Leerink. Xeljanz had $2.44 billion in global sales last year.

Arena, based in Park City, Utah, has reinvented itself in recent years after an anti-obesity drug it developed flopped in the marketplace. After selling rights to the drug, Belviq, to Eisai Co. in 2017, Arena assembled a new pipeline aimed at inflammatory diseases such as Crohn’s disease and eczema. Eisai pulled the drug off the market early last year because of safety risks.

Analysts say the deal could be the first of many for Pfizer, which had $27.7 billion in cash and short-term investments at the beginning of October. The company’s revenue more than doubled in the third quarter, with the biggest contribution coming from $13 billion in sales of its Covid-19 vaccine.

BMO Capital Markets analyst Evan Seigerman said in a note to clients on Monday that Pfizer has the ability to do $132 billion in deals through 2022. “We see this as the first of many deals for Pfizer,” he said. “Pfizer is making good use of the deluge of cash from Covid-19 vaccines/boosters to further bolster its pipeline.”

The deal is expected to close in the first half of 2022, pending regulatory approvals.