Morepen Laboratories Limited has received USFDA approval for its anti-allergy drug fexofinadine hydrochloride, which is marketed in India under the popular brand name Allegra, among others, and is the blockbuster drug of the innovator company Sanofi Aventis, France.

Fexofinadine is most widely used, second generation antihistamine drug for the treatment of allergy symptoms and hay fever.

The company has tied-up for regular supplies of Fexofinadine to one of its top US customers, with which the company has long standing relations lasting over two decades.

The company has already supplied validation quantities, and the regular commercial supplies would start after approval of the validation batches. 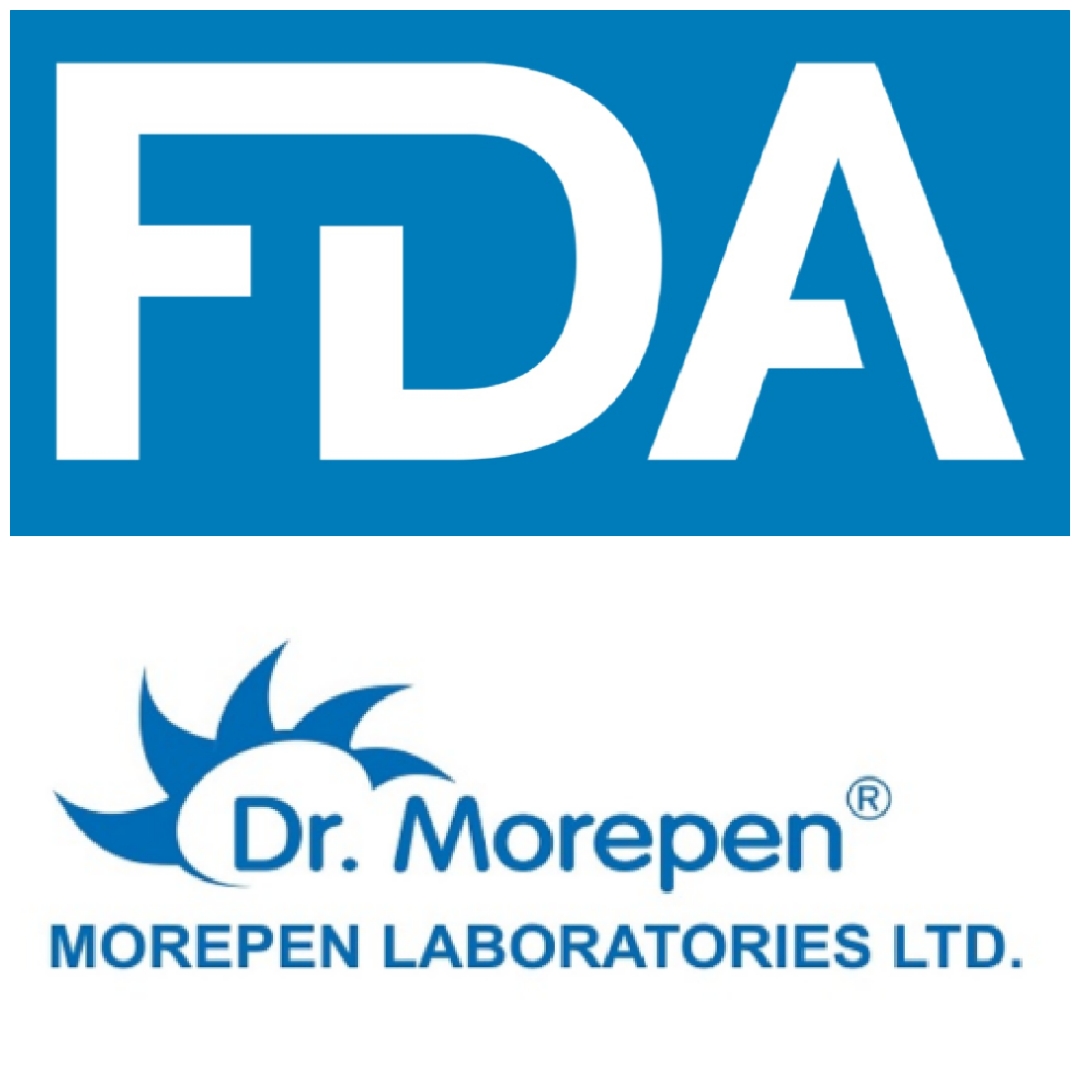 Fexofinadine is a very established anti-allergy drug with a market size of around 700MT and expected to give immediate impetus to company’s export business.

Morepen is the third largest exporter of this drug to the world and will move up the ranks after this approval. The export of Fexofenadine to the highly regulated US market is expected to see multi-fold growth, resulting in better profitability margins for the company.

The company is having sufficient capacity to service the present demand and is also expanding capacities to become a leading player in the product in the coming years.

Fexofinadine is among the top five leading products of the company and is the fourth anti-allergy drug in Morepen’s product basket, in addition to Loratadine, Desloratadine and Montelukast.

Morepen holds a leadership position in Loratadine group since last 20 years and was first to file for marketing permissions in USA markets.

Fexofinadine is marketed primarily in two dosage forms: 120mg and 180mg, and is available to buy over the counter in many countries, including the USA, Australia, New Zealand, and certain countries in Europe.

It is also used in combination with other anti-allergy drugs like Montelukast for which Morepen has got the largest manufacturing capacity in the world and is already approved in US market.

Sushil Suri, Chairman and Managing Director, stated, “The approval of anti-allergy drug Fexofinadine (Allegra) by USFDA is an important milestone in the company’s therapeutic journey since it consolidates Morepen’s position in the anti-allergy market with already having US FDA approval for three lead products: Loratadine, Desloratadine and Montelukast.

This approval of Fexofenadine is the 5th product approved by USFDA at Morepen facilities based at Baddi, in the Solan district of State of Himachal Pradesh. The company has got an excellent track record with the USFDA regulators and have never got any major/critical observations during its inspections.

Morepen has a strong portfolio of APIs with a market size of over US $ 42 billion, which is going off patent over the next 7-8 years, and is building additional capacities in a multiphase USFDA expansion as demand for niche molecules and global customers remains stronger than ever. The market size, the company is looking to address is US $ 42 billion compared to US $ 2 billion currently.

Fexofenadine, sold under the brand name Allegra among others, is an antihistamine pharmaceutical drug used in the treatment of allergy symptoms, such as hay fever and urticaria. 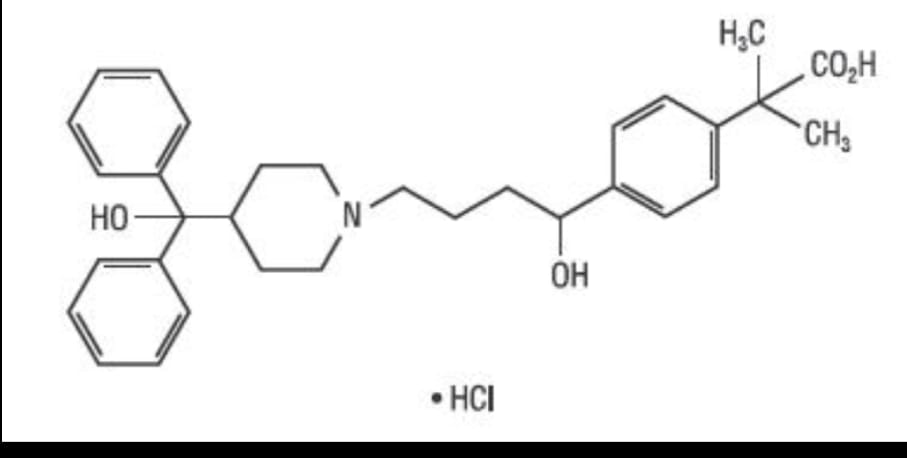 It was patented in 1979 and came into medical use in 1996 .It is on the World Health Organization’s List of Essential Medicines. Fexofenadine has been manufactured in generic form since 2011. In 2017, it was the 245th-most commonly prescribed medication in the United States, with more than one million prescriptions

Fexofenadine is used for relief from physical symptoms associated with seasonal allergic rhinitis and for treatment of chronic urticaria. It does not cure, but rather prevents the aggravation of allergic rhinitis and chronic idiopathic urticaria, and reduces the severity of the symptoms associated with those conditions, providing relief from repeated sneezing, runny nose, itchy eyes or skin, and general body fatigue. In a 2018 review, fexofenadine, along with levocetirizine, desloratadine, and cetirizine, was cited to be a safe to use for individuals with inherited long QT syndrome

The most common side effects include headache, back and muscle pain, miosis or pinpoint pupils, nausea, drowsiness, and menstrual cramps. Anxiety and insomnia have also been rarely reported. The most common side effects demonstrated during clinical trials were cough, upper respiratory tract infection, fever, and otitis media for children ages 6 to 11 and fatigue for children ages 6 months to 5 years.

Fexofenadine is a selective peripheral H1 receptor antagonist. Blockage prevents the activation of the H1 receptors by histamine, preventing the symptoms associated with allergies from occurring. Fexofenadine does not readily cross the blood–brain barrier, so is less likely to cause drowsiness in comparison to other antihistamines that readily cross that barrier (i.e. first-generation antihistamines such as diphenhydramine). In general, fexofenadine takes about an hour to take effect, though this may be affected by the choice of dosage form and the presence of certain foods. 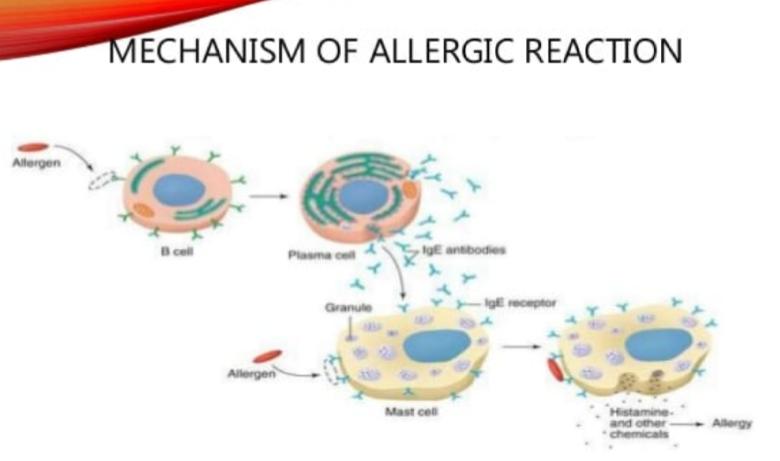 Taking erythromycin or ketoconazole while taking fexofenadine does increase the plasma levels of fexofenadine, but this increase does not influence the QT interval. The reason for this effect is likely due to transport-related effects, specifically involving p-glycoprotein (p-gp). Both erythromycin and ketoconazole are inhibitors of p-gp, a transporter protein involved in preventing the intestinal absorption of fexofenadine. When p-gp is inhibited, fexofenadine may be better absorbed by the body, increasing its plasma concentration by more than intended.