Two districts, Mokokchung and Tuensang, were chosen for studying the feasibility of drone technology in delivery of medical supplies in Nagaland.

To deliver COVID-19 vaccines to remote areas and strengthen the vaccine delivery system, the Indian Council of Medical Research’s Drone Response and Outreach in North East (i-Drone) pilot project was launched for the two districts of Nagaland– Mokokchung and Tuensang– on Tuesday by Indian Council of Medical Research (ICMR) in collaboration with state health and family welfare (H&FW) department.

The pilot project was launched for studying the feasibility of drone technology in delivery of medical supplies to the remote places, where travel accessibilities was challenging in times of urgency. The demo flight, carrying covid-19 vaccines from the office of chief medical officer (CMO) Mokokchung to PHC Longsa village with an arial distance of 11.5km was accomplished in just 8 minutes. 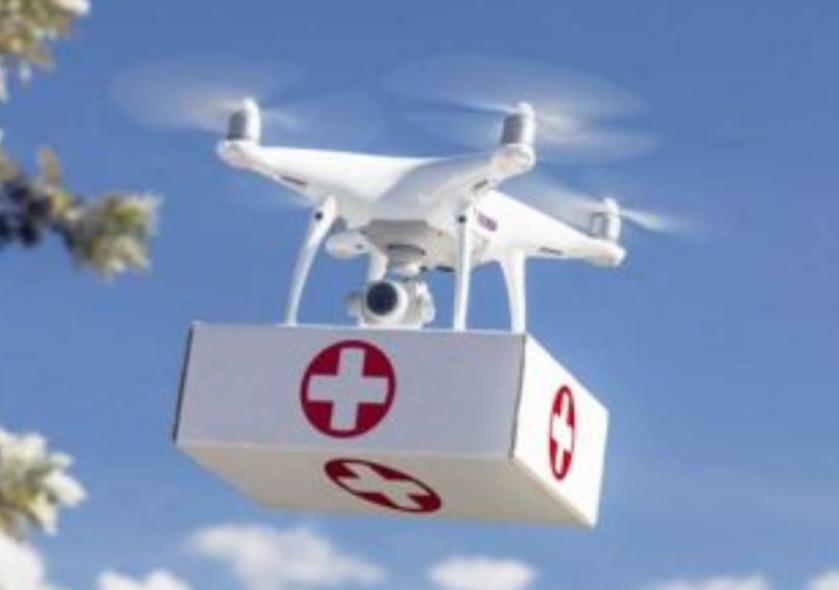 The Indian Medical Research Council (ICMR) launched a drone service on Tuesday to provide the Covid-19 vaccine in the Mokokchung district.

During the official launch of the i-drone delivery system, the vaccine was airborne from the office of Mokokchung’s Chief Medical Officer to the Primary Health Center (PHC) in Longsa Village. Officer Dr. Kibangumba.

The village of Longsa, about 30 km from the town of Mokokchung, usually takes more than an hour. However, due to poor road conditions during the monsoon, travel time may be longer. With the drone service, you can reach Longsa PHC from the town of Mokochung in just 8 minutes, with an aerial distance of 11.5 km. The ICMR has taken the initiative to implement drone resources and outreach programs in parts of India, especially in hilly and remote villages, to alleviate many challenges in vaccine delivery. Two states and one Union Territory (Manipur, Nagaland, Andaman and Nicobar Islands) were considered for this pilot project, at the suggestion of the Federal Ministry of Health and Family Welfare and with the permission of the Director of Civil Aviation.

Two districts, Mokokchung and Tuensang, were selected to study the feasibility of drone technology in the delivery of medicines in Nagaland.

Despite the effective and safe vaccine administration in the States and Union Territories, the Ministry of Health and Family Welfare said vaccine delivery among tough and hard-to-reach terrains of India was still challenging.

It said i-Drone has been designed to overcome these challenges by deploying Unmanned Aerial vehicles (UAV)/drones to remote areas and hard to reach terrains. Currently, the drone-based delivery project has been granted permission for implementation in Manipur and Nagaland, as well as union territory of Andaman and Nicobar Island.

ICMR conducted an initial study in collaboration with Indian Institute of Technology, Kanpur to test the capacity of drones to carry and transfer vaccines safely. The study was conducted in Manipur, Nagaland and Andaman and Nicobar. These studies provided promising results on the basis of which the Ministry of Civil Aviation (MoCA), Directorate General of Civil Aviation (DGCA) and other regulatory authorities have granted permission to fly drones beyond the Visual Line Of Sight.