Novartis, a leader in rheumatology and immuno-dermatology, today announced the US Food and Drug Administration (FDA) has approved Cosentyx® (secukinumab) for the treatment of active enthesitis-related arthritis (ERA) in four years and older, and active juvenile psoriatic arthritis (JPsA) in patients two years and older1. Cosentyx is now the first biologic indicated for ERA, and the only biologic treatment approved for both ERA and PsA in pediatric patients in the US. These are the second and third approvals for Cosentyx in a pediatric population in the US, and Cosentyx now has a total of five indications across rheumatology and dermatology1.

“Prior research suggests that despite receiving treatment, some children and adolescents with PsA or ERA can continue to experience symptoms,” said Hermine Brunner, M.D., Cincinnati Children’s Hospital. “The findings from the Phase III JUNIPERA trial show that pediatric patients treated with secukinumab demonstrated marked responses throughout the treatment period. This approval is positive news for some patients who continue to struggle with painful symptoms like inflammation of the joints and swollen fingers and toes.”

ERA and JPsA, subtypes of juvenile idiopathic arthritis (JIA), are autoimmune diseases3-5. ERA is characterized by joint swelling and pain where tendons and ligaments attach to bone and may present with low back pain or tenderness at the palpation of the hips5. JPsA is characterized by joint swelling and skin psoriasis and may present with nail changes, inflammation of fingers and/or toes or psoriatic skin changes in a first-degree relative6. If left untreated, they can lead to high levels of pain and disability3-5.

“This marks the second and third US pediatric approval this year for Cosentyx, following pediatric psoriasis approval and further reinforces the proven efficacy and safety of the therapy. With more than 500,000 adult and pediatric patients treated worldwide since launch, healthcare professionals and patients can feel confident in Cosentyx,” said Todd Fox, Global Head of Medical Affairs Immunology, Hepatology and Dermatology at Novartis. “Furthermore, we are pleased to build on our strong heritage of bringing innovative treatments to young people living with rheumatic diseases, which began with the FDA approval of Ilaris. We are committed to bringing Cosentyx to this pediatric community globally as part of our ambition to expand Cosentyx to 10 indications in areas of high unmet need.”

The approved pediatric dosing for Cosentyx in children and adolescents is 75 mg (15 kg or more to less than 50 kg) or 150 mg (50 kg or more)1. It is administered as a subcutaneous injection by a pre-filled syringe or Sensoready® pen every 4 weeks after initial loading doses1. With appropriate guidance/instruction from a healthcare professional, Cosentyx can be administered by an adult caregiver outside of a healthcare provider’s office via a single-dose prefilled syringe or Sensoready® pen. 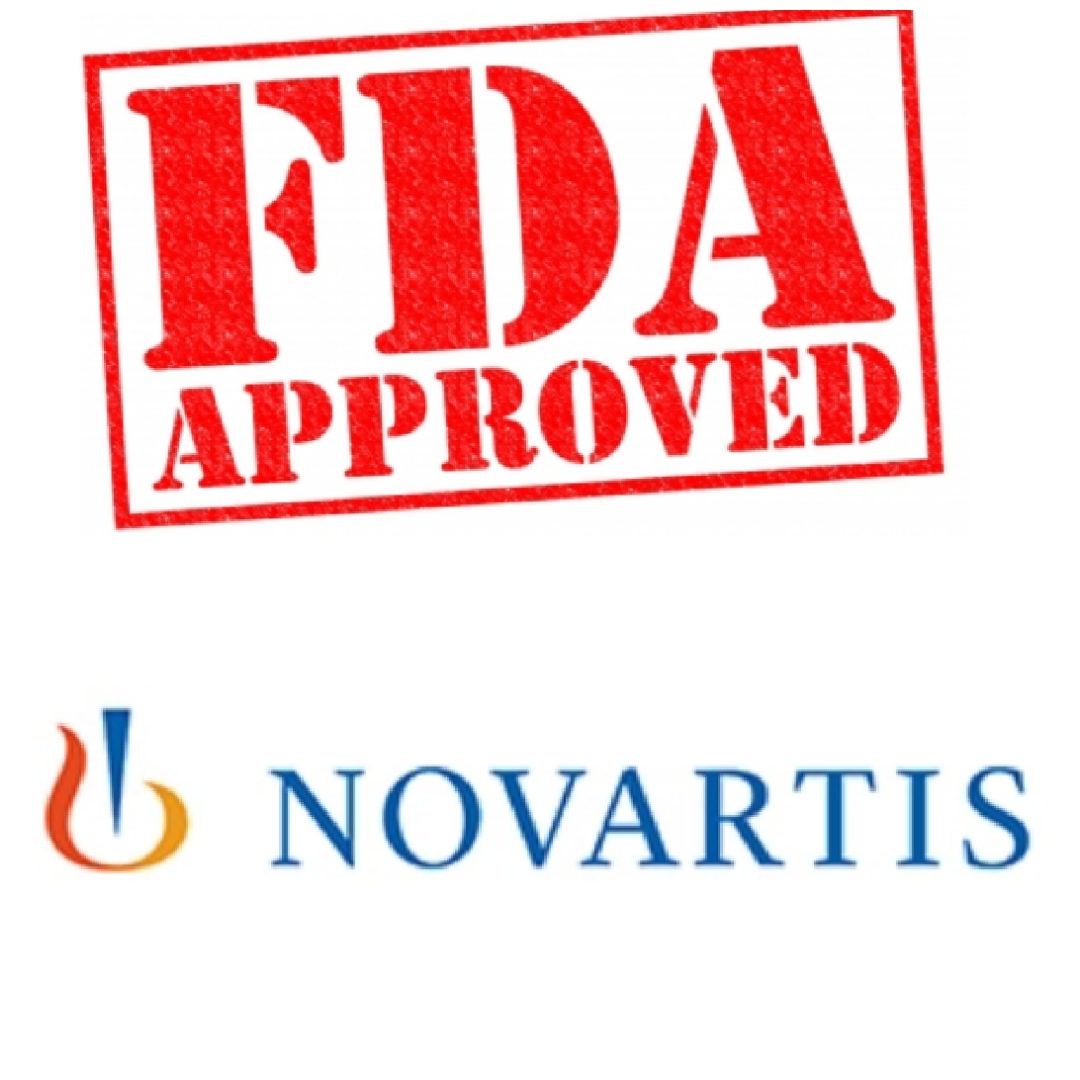 “The symptoms of PsA and ERA can be debilitating for children and adolescents living with these chronic conditions, impacting their daily lives,” said Tiffany Westrich-Robertson, CEO, International Foundation for Autoimmune & Autoinflammatory Arthritis (AiArthritis). “It is encouraging to see an additional treatment option for these underserved patient populations.”

Novartis has filed a regulatory submission for Cosentyx in ERA and JPsA in Europe with a decision anticipated in the coming months.

Cosentyx is the first and only fully human biologic that directly inhibits interleukin-17A (IL-17A), an important cytokine involved in the inflammation of psoriatic arthritis (PsA), moderate to severe plaque psoriasis, ankylosing spondylitis (AS) and non-radiographic axial spondyloarthritis (nr-axSpA)12,13. Cosentyx is a proven medicine and has been studied clinically for more than 14 years. The medicine is backed by robust evidence, including 5 years of clinical data in adults supporting long-term safety and efficacy across moderate to severe plaque psoriasis, PsA and AS14-20. These data strengthen the position of Cosentyx as a treatment across AS, nr-axSpA, PsA and moderate to severe plaque psoriasis, supported by more than 500,000 patients treated worldwide since launch in 2015. 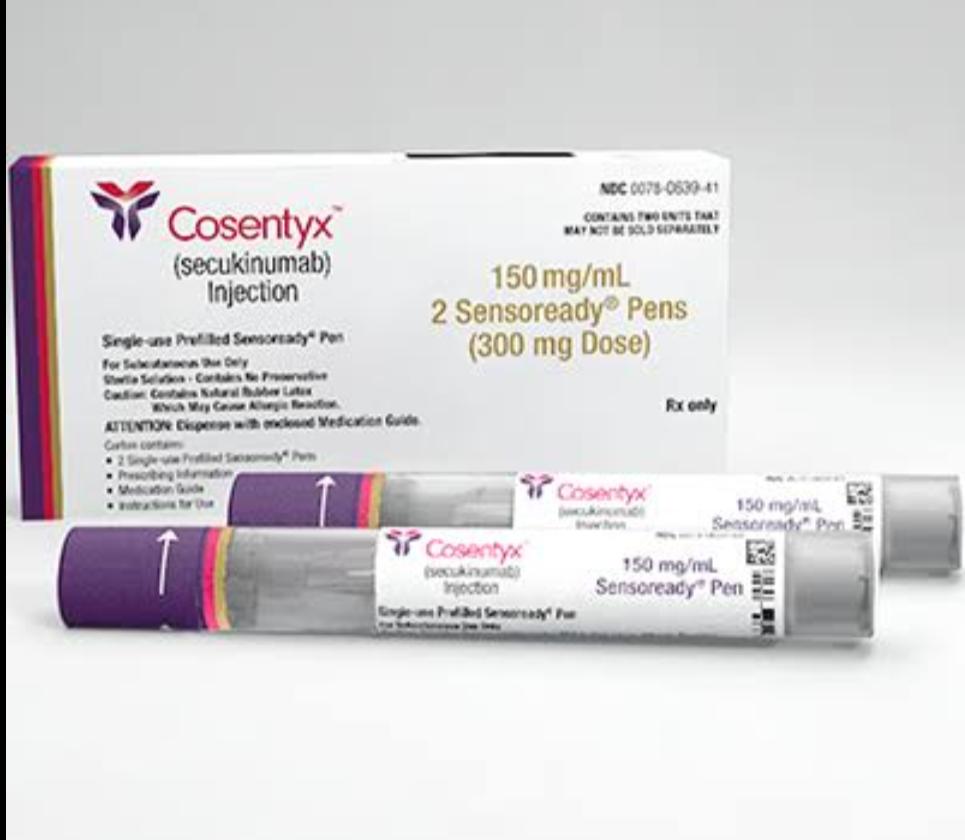 Secukinumab is used to treat psoriasis, ankylosing spondylitis, and psoriatic arthritis  It is given by subcutaneous injection and is sold in a pre-filled syringe or autoinjector that can be used at home and as a lyophilized powder for use in hospitals and clinics.

Secukinumab was not tested in pregnant women; animal studies did not show harm at relevant doses. The US Food and Drug Administration advises that the drug should be used in pregnant women only if the risk to the fetus is justified by the potential benefit; the European Medicines Agency (EMA) advises that women should not become pregnant while taking it.

Secukinumab should not be given to people with active infections since it suppresses the immune system.

In the European Union, secukinumab is indicated for the treatment of:

Secukinumab inhibits a member of the cytokine family, interleukin 17A, which is produced mainly by inflammatory T helper 17 cells.IL17A is upregulated in serum of people with psoriasis and in the synovial fluid of people with psoriatic arthritis, and promotes inflammation when it binds to the interleukin-17 receptor which is expressed in various types of cells, including keratinocytes in skin.

It is mostly eliminated by being taken up into cells via endocytosis and being broken down inside them. 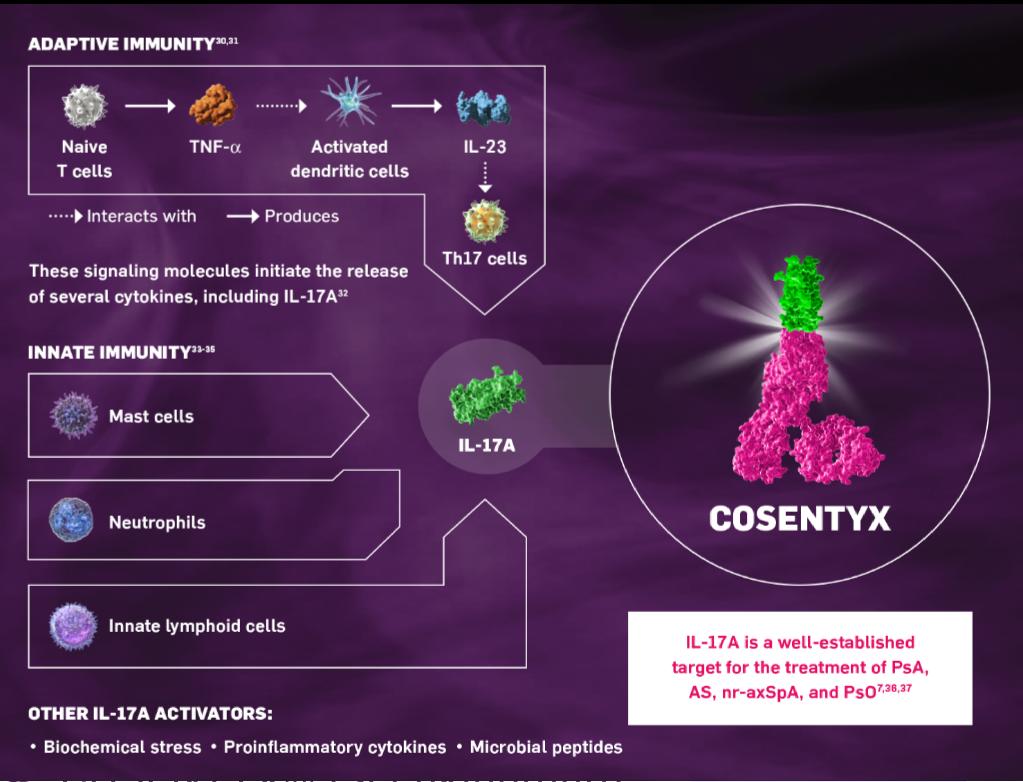 Novartis is reimagining medicine to improve and extend people’s lives. As a leading global medicines company, we use innovative science and digital technologies to create transformative treatments in areas of great medical need. In our quest to find new medicines, we consistently rank among the world’s top companies investing in research and development. Novartis products reach nearly 800 million people globally and we are finding innovative ways to expand access to our latest treatments. About 108,000 people of more than 140 nationalities work at Novartis around the world.

Find out more at https://www.novartis.com.