Sri Lanka’s ultimate goal to promote use of bio-fertilisers in order to create an international market for non-toxic agricultural produce, says Gotabaya Rajapaksa.

Sri Lanka’s President Gotabaya Rajapaksa said the country would move towards green agriculture as well as renewable energy in his speech to a new session of Parliament January 18, 2022.

The president, who took power in 2019, also announced that his government’s goal was to achieve the carbon neutral target by 2050.

“Sri Lanka is already a co-leader in the Global Compact for No New Coal Energy. We will not approve the construction of coal power plants in the future for any reason,” Rajapaksa said.

He noted that there was initially a misunderstanding about his government’s polcy implementation on non-toxic green agriculture.

“The broad concept of green agriculture which was sometimes narrowed down to organic fertilisers even by responsible authorities led to the spread of misconceptions. As some decisions led to public hardships we had to make some changes to them,” Rajapaksa noted. 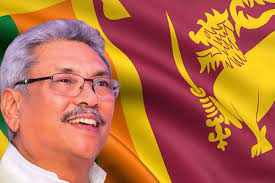 He, however added that there had been no change in the government’s policy towards green agriculture.

“Our ultimate goal is to introduce modern technology to achieve higher productivity in agriculture, and to promote the use of bio-fertilisers in order to create an international market for non-toxic agricultural produce,” the president said.

The economy of the people who were engaged in agriculture and who provided subsidiary services would be strengthened through this, Rajapaksa said.

“2022 is a year in which we will have to make a number of decisions regarding food security. At the same time, there is a need for an expedited programme to increase local production capacity,” he said.

The president urged Sri Lankans to unite and launch a cultivation effort by utilising every cultivable land in the country. “We are strengthened by the fact that a number of irrigation facilities have been developed and tanks have already been rehabilitated,” he said.

Rajapaksa noted that Lanka had very limited natural resources to earn foreign exchange. “We do not have resources like oil, gas and coal,” he said.

The main problem facing industries in Sri Lanka is the high energy costs. Our country does not have fuel resources such as oil or coal. All of them should be imported. But we have rivers, seas surrounding the country, plenty of wind, and sunshine all year round. This is why renewable energy sources were prioritised under our Vistas of Prosperity and SplendourPolicy Statement. We have agreed to the target of generating 70 per cent of the country’s energy needs through renewable energy sources by 2030.

“The capacity of the Thambapanni Wind Power Plant, which was commissioned last year and is now successfully operating at 100 MW, will be increased by another 50 MW this year,” he said.

In addition, under the ‘GamataBalagarayak’ programme, work has commenced on the construction of 7,000 small solar power plants with a capacity of 100 kilowatts through local investors, of which 560 megawatts will be added to the power grid within the next two years.

“Also, the installation of rooftop solar panels on the roofs of government offices has commenced with a loan facility of Rs 20 billion signed with India last year,” Rajapaksa said.

Sri Lanka has been plagued by fiscal problems for some time now. It has been teertering on the verge of bankruptcy as inflation has risen to record levels.

ICAR to research on, demonstrate and promote Natural Farming