India Emerges As Largest Exporter of Gherkins & Cucumber in The World

As per reports, India has emerged as the largest exporter of gherkins and cucumbers in the world. The country has exported cucumber and gherkins to the tune of 1,23,846 Metric Tonnes with a value of USD 114 million during April to October (2020-21).

In addition, it has crossed the USD 200 million mark of export of agricultural processed product, – pickling cucumber that is globally referred as gherkins or cornichons, in the last financial year. In 2020-21, India had exported 2,23,515 Metric Tonnes of cucumber & gherkins worth USD 223 million. 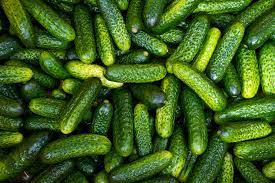 About Gherkin and its cultivation

Gherkin cultivation, processing and exports began in India during the early 1990s with a modest beginning in Karnataka and later extended to the neighbouring states of Tamil Nadu, Andhra Pradesh & Telangana. Almost 15% production of the world’s gherkin requirement is cultivated in India.

Besides its export potential, the gherkin industry plays an important role in the creation of rural employment. In India, cultivation of gherkins is done under contract farming by around 90,000 small & marginal farmers with an annual production area of 65,000 acres.

The processed gherkins are shipped in bulk as industrial raw material and in jars as ready to eat. The bulk production is still occupying a high percentage of the gherkin market. There are about 51 major companies producing and exporting gherkins in drums & ready-to-eat consumer packs in India.

APEDA has played an important role in promotion of export of processed vegetables and it has been providing financial assistance for development of infrastructure and enhancing quality of processed gherkins, products promotion in the international market and implementation of food safety management systems in the processing units.

On an average, a gherkin farmer produces 4 metric tonne per acre per crop and earns around Rs 80,000 with a net income of Rs 40,000. Gherkin has a 90-day crop and the farmers take two crops annually.

US EPA & WHO sign five-year MoU to protect public health