Today, Cellino Biotech , an autonomous cell therapy manufacturing company, announced an $80 million Series A financing round led by Leaps by Bayer along with 8VC, Humboldt Fund, and new investors including Felicis Ventures and Khosla Ventures, that could fix a problem holding the biotech industry back. Cellino plans to expand access to stem cell-based therapies with a goal to build the first autonomous human cell foundry in 2025.

Cellino Biotech, Inc., an autonomous cell therapy manufacturing company, today announced the completion of a Series A financing of $80 million, led by the impact investment arm of Bayer AG – Leaps by Bayer – 8VC, and Humboldt Fund. New investors in the round include Felicis Ventures and others, joining existing investors The Engine and Khosla Ventures. The company has raised a total of $96 million in gross proceeds from private financings to date.

Cellino is on a mission to make stem cell-based regenerative medicines accessible for all eligible patients. Stem cell-derived therapies are poised to prevent, treat, and potentially reverse diseases for which no options are available today or the current standard of care is insufficient. Currently, large scale production of stem cell therapies is challenging due to extensive manual handling, high variability, and expensive manufacturing costs.

Cellino’s next-generation manufacturing platform combines artificial intelligence (AI) and laser technology to automate cell therapy manufacturing to reduce expenditures and overcome scaling limitations. The groundbreaking approach has the potential to reduce production costs by an order of magnitude and expand patient access to cell therapies. Investing in Cellino represents a unique opportunity for Leaps by Bayer to continue to fund the development of next-generation therapies. 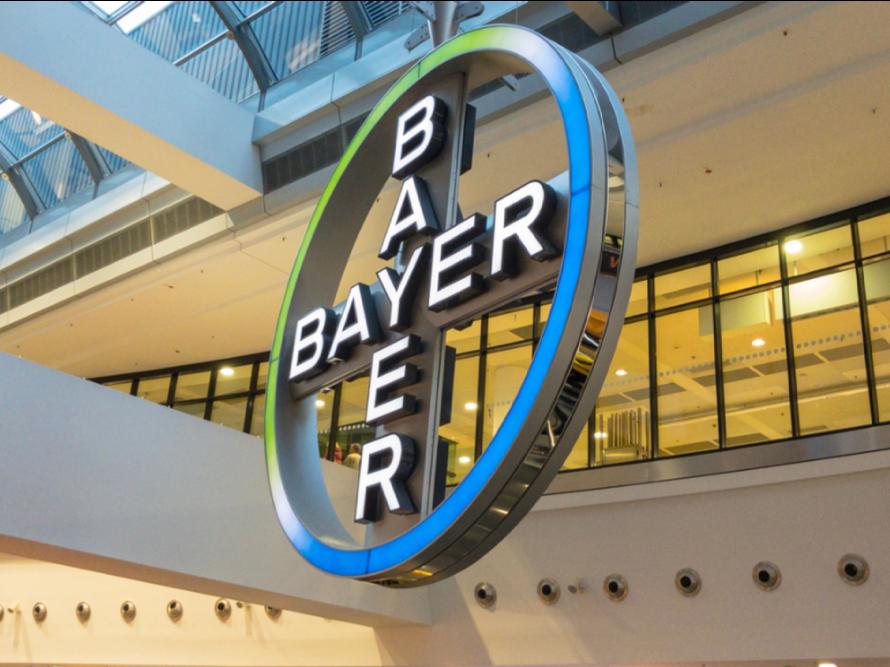 “Leaps by Bayer’s mission is to invest in paradigm-shifting technologies that provide long-term answers to some of today’s biggest challenges,” said Juergen Eckhardt, MD, Head of Leaps by Bayer. “We believe that artificial intelligence-driven manufacturing is the next important inflection point towards industrializing cell therapies, which undoubtedly are one of the core technologies to advance biotech from treatment to prevention or disease reversal. Cellino’s truly transformative approach to autonomously manufacture stem cell-based therapies fits precisely with our ambition to regenerate lost tissue function for millions of patients.”

“Cellino’s software-driven closed loop platform is necessary to industrialize stem cell-derived therapies, which are highly complex in nature,” said Nabiha Saklayen, Ph.D., CEO & Co-Founder, Cellino. “We are grateful for the support of new and existing investors who are committed to building an AI-driven future for regenerative medicine. I am honored to lead and grow a team of industry experts across laser physics, deep learning, and stem cell biology who are on a mission to democratize cell therapies for all eligible patients.”

Proceeds from the Series A financing will considerably expand Cellino’s software, machine learning, and hardware capabilities for end-to-end manufacturing of both autologous and allogeneic stem cell-based therapies. In addition, Cellino is building a long-term collaboration with the National Institutes of Health (NIH), where senior investigator Dr. Kapil Bharti is leading the first autologous induced pluripotent stem cell (iPSC)-derived clinical trial in the US, to validate Cellino’s manufacturing approach. The company also plans to build early-stage GMP capabilities to support clinical trials.

Cellino’s next-generation process combines label-free imaging, high-speed laser editing, and artificial intelligence (AI) to automate cell reprogramming, expansion, and differentiation in a closed cassette format. Cellino’s approach enables the parallel processing of thousands of patient samples in a single facility, which is vital for scalable manufacturing. Inspired by the semiconductor industry, the company plans to build the first autonomous human cell foundry in 2025.

About Bayer and Leaps by Bayer

Bayer is a global enterprise with core competencies in the life science fields of health care and nutrition. Its products and services are designed to help people and planet thrive by supporting efforts to master the major challenges presented by a growing and aging global population. Bayer is committed to drive sustainable development and generate a positive impact with its businesses. At the same time, the Group aims to increase its earning power and create value through innovation and growth. The Bayer brand stands for trust, reliability and quality throughout the world. In fiscal 2020, the Group employed around 100,000 people and had sales of 41.4 billion euros. R&D expenses before special items amounted to 4.9 billion euros.

Leaps by Bayer, a unit of Bayer AG, leads impact investments into solutions to some of today’s biggest challenges in health and agriculture. The investment portfolio includes more than 50 companies. They are all working on potentially breakthrough technologies to overcome some specific challenges such as providing sustainable organ & tissue replacement, reducing the environmental impact of agriculture, preventing, or curing cancer, and others.

The Pioneers of Engineered Stem Cells

Six years ago, Leaps by Bayer, the investment arm of the German pharmaceutical giant Bayer AG, decided to take a risk on a small startup pioneering what they believed could be transformative technology for human health. Leaps by Bayer was one of the investors that placed a big bet on a company called BlueRock Therapeutics with a $225 million Series A financing, which at the time was the largest Series A ever made in biotech.

What was the technology that inspired Leaps by Bayer to make such a large investment in 2016? It was the ability to engineer human stem cells that could treat many diseases. Six years later, BlueRock Therapeutics is doing a Phase 1 clinical trial to treat patients with advanced Parkinson’s disease using stem cell-derived neurons.

Despite this tremendous progress and new companies entering the market, there is still something holding back progress. It is the ability to reliably manufacture enough stem cells to meet rising demands for research and industry.

The Future of Engineered Cell Therapy

Imagine being able to take out your own cells, called autologous therapy, and engineering them to fight cancer. Then, putting the cells back into your body to fight cancer. One of the benefits of using your own cells with this therapy is that your immune system is less likely to attack them. Or imagine being able to take somebody else’s cells, called allogeneic therapy, and engineering them to perform a particular function before injecting them into patients.

Now, Leaps by Bayer is leading another disruption of the industry, but this time, it is focused on clearing a big bottleneck. “The bottleneck of stem cell engineering happened because the entire process was manual and very complicated,” says  Saklayen. “It usually involved a scientist sitting at a bench looking at these cells by eye and then making decisions about which cells were good or bad. And then the scientists would go in and try to remove the bad cells with a pipette tip.”

Through Cellino, the industry will have reliably manufactured stem cells at scale. Cellino uses machine learning, artificial intelligence (AI), and laser technology to automate cell therapy manufacturing. Cells are created in a closed cassette format, which allows thousands of patient samples to be processed in parallel in a single facility. The end result, these cassettes of human cells, can be used to treat patients.

“Our vision is to build a Cellino foundry. I envision it will look much like a server room. But each shelf has a cassette of cells being manufactured in an autonomous manner,” says Nabiha Saklayen, CEO and co-founder of Cellino.

“Leaps by Bayer’s mission is to invest in paradigm-shifting technologies that provide long- term answers to some of today’s biggest challenges,” said Juergen Eckhardt, MD, Head of Leaps by Bayer. “We believe that artificial intelligence-driven manufacturing is the next important inflection point towards industrializing cell therapies, which undoubtedly are one of the core technologies to advance biotech from treatment to prevention or disease reversal. Cellino’s truly transformative technology to autonomously manufacture stem cell- based therapies fits precisely with our ambition to regenerate lost tissue function for millions of patients.”

The potential of stem cell-derived medicines is enormous with many applications, including the treatment of Parkinson’s disease, diabetes, and heart disease. This is the frontier of drug development that is poised to change the industry.

Cellino is an autonomous, closed loop cell therapy manufacturing company. The company is on a mission to democratize stem cell-based therapies for all eligible patients. Cellino is based in Cambridge, MA.