Pfizer’s JAK inhibitor Xeljanz and Novartis’ S1P modulator Gilenya both have their share of safety problems. But Vyne Therapeutics thinks it can tame the molecules by combining them in a topical product—and is pushing ahead after getting an early look at clinical data on the candidate.

The trial set out to enroll six patients, but, after seeing data on the first two subjects, the Australian ethics committee overseeing the study agreed to reduce the population to four individuals. Patients needed to have two atopic dermatitis lesions of comparable severity at baseline. The lesions were randomized to either the tofacitinib-fingolimod combination FMX114 or a vehicle gel treatment. 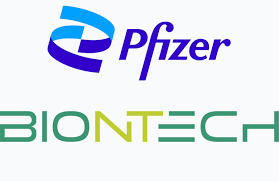 Pfizer’s JAK inhibitor Xeljanz and Novartis’ S1P modulator Gilenya both have their share of safety problems.

FMX114 was generally well tolerated, with patients suffering no serious adverse events, and resulted in pharmacokinetics that offer early validation of the potential safety and tolerability benefits of the topical dosage form. The peak plasma concentration of tofacitinib on Day 14 was around 1500-fold lower than in recipients of the equivalent dose of oral Xeljanz.

Vyne also looked at the pharmacokinetics of fingolimod and its active metabolite but found the assay’s whole blood concentrations were below the lower limit of quantitation, providing evidence that systemic exposure is significantly below that of the orally administered Gilenya.

It is still very early days for FMX114. But with the phase 1b suggesting it may have the desired mix of local efficacy and limited systemic exposure, Vyne has seen enough to push ahead with the next part of the clinical trial.

“FMX114 was designed to deliver both active drugs efficiently to the skin while minimizing their respective systemic exposures. We are encouraged by the results from the phase 1b portion of study VY2021-01 and look forward to announcing top-line phase 2a results later this quarter,” Iain Stuart, Ph.D., chief scientific officer at Vyne, said in a statement.

The double-blind part of the study will enroll up to 25 subjects to receive FMX114 and vehicle treatment twice daily for four weeks to further evaluate safety, pharmacokinetics and efficacy. With phase 2a data due this quarter, FMX114 could advance quickly.

tofacitinib and fingolimod combination gel formulation being investigated for the treatment of mild to moderate atopic dermatitis in patients 12 years of age and older.

Atopic dermatitis (AD) is a chronic, severe form of eczema that is characterized by the appearance of dry, red, and itchy skin. AD most commonly affects the cheeks, arms, and legs. Flare ups can happen and symptoms can worsen leading to more-intense itching and more open sores. AD flares are triggered by stress, temperature changes, sweat, various skin irritants, and allergies. While AD happens most often in children, it can develop at any point in a person’s lifetime and affects over 30 million people in the U.S. 22 million of those diagnosed are on treatment with 19 million registering mild to moderate disease. The rashes tend to flare and go away, but then come back again which may impact self-esteem and quality of life. Although there is no cure for atopic dermatitis, it is not contagious and treatments are available.

FMX114 is VYNE’s proprietary tofacitinib and fingolimod combination gel formulation under investigation for the treatment of mild to moderate atopic dermatitis. FMX114 attempts to address both the source and cause of inflammation in AD by developing a distinct combination of tofacitinib (a Janus kinase Inhibitor aimed at reducing inflammation by inhibiting cytokine release from inflammatory cells) and fingolimod (Sphingosine 1-phosphate receptor modulator) which approaches the reduction of inflammation by inhibiting migration of inflammatory cells and in addition may also directly support skin barrier recovery.