“The results within our 2022 Alltech Agri-Food Outlook reinforce our confidence and optimism about the future of the agri-food sector,” Dr Mark Lyons, president and CEO of Alltech said. 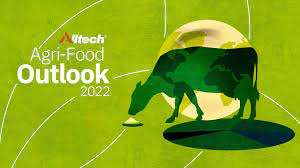 “We see the resilience of the agri-food sector against the challenges of COVID-19, disease and supply chain disruption, and, even more importantly, there is evidence of growth, modernization and the adoption of more sustainable practices occurring in parallel,” Lyons adds.

The eleventh edition of Alltech’s annual feed production survey includes data from more than 140 countries and more than 28,000 feed mills, and based on this data, it is estimated that international feed tonnage has increased by 2.3 percent, to 1.235 billion metric tons of feed produced in 2021.

Key observations from the survey

The country with the largest increase in feed production by tonnage was China by 8.9 percent to 261.424 mmt. A key trend resulting in this growth was the continuation of the consolidation and modernization of the country’s feed industry. Swine farms and feed production have moved from utilizing food waste to contracting with professional feed mills.

As a result, commercial feed tonnage increased, driven in particular by the growth and continued modernization of the pig sector.

Over the past year, there has been strong focus on the environment, as governments worldwide have made renewed commitments to reducing their greenhouse gas emissions. In Europe and Asia, government policies have been the main drivers in most markets, whereas in the Americas, the main drivers have been consumers and private industry.  In some markets, there’s a strong focus on reducing greenhouse gas (GHG) emissions, and in other markets, the focus is more on the expected nitrogen regulations.

The poultry sector experienced a slight reduction in layer feed tonnage (down 1.4 percent), whereas broiler feed production increased (by 2.3 percent).

The layer business has been facing challenges in many countries due to the high costs of raw materials, combined with flat/low retail prices for eggs. Animal welfare concerns are also a driver, as cage-free and free-range production are on the rise in many countries. In Europe, the most significant decreases occurred in Norway, Russia, Ukraine and Poland. Asia-Pacific also saw a decrease, while tonnage in Australia grew by 4 percent. 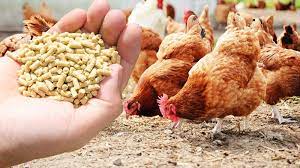 Factors that have aided the broiler sector include an increased demand for easy-to-cook proteins as restaurants closed during the pandemic and an affordable protein option, as the prices of other meat proteins increased. China and India accounted for the most significant increases in Asia-Pacific. In Latin America, Peru, Brazil, Paraguay and Mexico contributed significantly to the region’s 5 percent increase.

Pig feed production increased significantly, by 6.6 percent, which was primarily boosted by Asia-Pacific’s recovery from ASF. Japan, South Korea, Malaysia and China demonstrated just such a recovery from ASF, but Indonesia, Myanmar, the Philippines, Thailand and Vietnam continued to feel the impact of the disease. 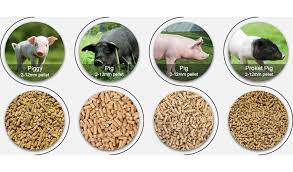 In Europe, countries where ASF is not or is no longer a problem were still impacted by a pork surplus due to a reduced demand from China.

Dairy feed tonnage increased slightly, by 1.9 percent. Asia-Pacific saw the biggest increase, which is mostly attributed to growth in India. As COVID-19 lockdowns eased around the world, the reopening of the hospitality industry and in-person classroom education helped boost milk consumption overall. 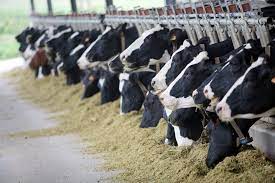 In Australia and New Zealand, dairy feed tonnages were down 6.7 percent and 2.5 percent, respectively.

Beef feed production shrunk by 1.9 percent globally. The industry continues to be challenged by GHG regulations and perceptions of environmental and health impacts. European markets are especially focused on reducing GHG emissions in an effort to align with COP26, the EU Green Deal and the FEFAC Feed Sustainability Charter 2030.

The US experienced an increased steer and heifer harvest due to carryover from 2020, as well as a record demand for beef exports. Argentina saw a significant reduction due to reduced exports, and high inflation and the devaluation of the local currency are also affecting Argentinians’ purchasing power, although export regulations are easing and could impact Argentina’s outlook for 2022.

The aquaculture industry continues to grow in many markets and increased by an impressive 3.7 percent. Recirculating aquaculture systems (RAS) are becoming more prevalent, and consumer demand for fish is on the rise.

Markets with ASF challenges saw additional growth due to their reduced pork supply. India saw a significant increase in its aquaculture feed tonnage of 9 percent; additionally, Indonesia accounted for 10 percent of Asia-Pacific’s growth. In Latin America, Chile, Brazil, Honduras and Ecuador contributed to the regional growth of 5.6 percent.

Pet feed production had the highest increase among the sectors, with an 8.2 percent rise in production. This significant increase is largely due to the rise in pet ownership amid the COVID-19 pandemic. While some regions remained flat, there were no reported decreases in any region around the world. 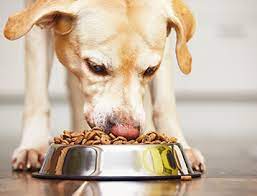 North America saw steady growth of 1.9 percent over the last year, and the U.S. remained the second-largest feed-producing country globally, behind China.

Latin America experienced moderate growth of 0.5 percent, and Brazil remained the leader in feed production for the region and ranked third overall globally.

Europe saw a decrease of 1.2 percent in its feed production due to issues such as ASF and high raw material costs, combined with low end-product prices, declines in ruminant feed production and COVID-19-related government regulations.

Asia-Pacific saw the largest regional growth of 5.7 percent and is home to several of the top 10 feed-producing countries, including China, India and Japan.

Africa saw growth of 2.4 percent, despite challenges caused by high raw material prices, foot and mouth disease and geopolitical tensions that have impacted the exports of foods of animal origin and caused raw material shortages in some areas.

Alltech works together with feed mills and industry and government entities around the world to compile data and insights to provide an assessment of feed production each year.