The pharma also warns that an FDA complete response letter could be coming for its supplemental NDA to add atopic dermatitis to the JAK1 inhibitor’s label.

Olumiant’s list of potential indications just got a bit shorter, courtesy of lackluster data and gridlock at the FDA.

Eli Lilly and Incyte are pulling the plug on Olumiant in lupus, the companies announced Friday. Chalk that one up to mixed results from two of the med’s pivotal phase 3 trials. 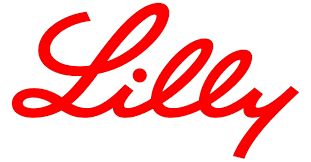 Eli Lilly and Incyte are pulling the plug on Olumiant in lupus, the companies announced Friday

Likewise, Olumiant’s application in moderate-to-severe atopic dermatitis could be destined for a complete response letter (CRL), the partners warned. Lilly blamed that potential outcome on the fact that it hasn’t aligned with the FDA on the indicated population for Olumiant’s would-be label expansion.

First, the lupus news: Olumiant 4-mg met its primary endpoint in the SLE-Brave-I study, charting statistically significant disease activity reduction at 52 weeks, according to a composite measure. In SLE-Brave-II, however, which also studied Olumiant in adults with active lupus, the drug flopped on the same endpoint. Olumiant, also known as baricitinib, failed to meet key secondary endpoints in both studies, Lilly said.

Safety has been a major concern for the JAK-inhibitor class ever since troubling findings emerged from a post-marketing study of Pfizer’s Xeljanz in rheumatoid arthritis patients with cardiovascular risk factors. Still, Olumiant’s safety wasn’t behind the decision to stop the phase 3 program. Safety findings in both trials were on par with what’s already known about the drug and “did not impact our decision to discontinue the program,” Lilly said.

Lilly plans to pore over the totality of its lupus data and publish its findings later. It’s also working with investigators to “appropriately” wrap up its phase 3 long-term extension trial in lupus, SLE-Brave-X, which is studying Olumiant over three years in adults who completed one of the first two Brave studies.

While a lupus nod would have meant royalties for Incyte, the indication would have proven “challenging,” RBC Capital Markets Analyst Brian Abrahams wrote in a note to clients Friday.

Meanwhile, there’s a chance that Lilly and the FDA’s eczema impasse “could lead to a complete response letter (CRL)” in atopic dermatitis, Lilly said.

The chances of that happening are “likely,” thanks to the FDA’s JAK skepticism, “especially in less severe indications such as atopic dermatitis,” RBC’s Abrahams said. “We believe this would likely also lead to the discontinuation of the atopic derm program in the U.S. given the competitive market and lost time,” the analyst continued.

“Olumiant, while providing steady royalties, is not core to INCY’s franchise and has generally not been the focus of investor attention, so we see near-term effects are relatively muted from today’s news,” Abrahams added.