Biogen Recoups Much-Needed $2.3B with Sale of Samsung Bioepis Stake

The rumored layoffs at Biogen are expected to save the company up to $750 million. Rumors of the layoffs were first announced in December, saying they could come at any time. The layoffs are partly related to the poor sales of Aduhelm, the company’s controversial Alzheimer’s drug treatment approved last year by the U.S. Food and Drug Administration.

For Samsung Bioepis, the acquisition of the Biogen stake will bring it full ownership. The company said Thursday the move would allow Samsung Bioepis to accelerate its growth in biosimilars and novel therapeutics R&D.  Samsung Bioepis has already launched five biosimilars globally, three in autoimmune and two in oncology. 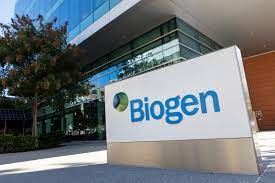 Biosimilars in Samsung Bioepis’ portfolio include Renflexis, approved in 2017; Ontruzant, a biosimilar to Herceptin approved in January; and Eticovo, an Entyvio biosimilar approved in 2017. The company also won approval for Hadlima (adalimumab-bwwd) for multiple indications, including rheumatoid arthritis. Hadlima is a potential challenger to AbbVie’s powerhouse drug, Humira. Samsung Bioepis has a hefty late-stage pipeline of biosimilar products with four in Phase III trials, and the company is about to commercialize another biosimilar.

Samsung Biologics said the transaction is expected to boost its earnings growth on a consolidated basis, as it capitalizes on Samsung Bioepis’ growth outlook.

Even as Samsung Biologics moves forward with the acquisition of Samsung Bioepis, the company is building a new biomanufacturing facility dubbed Plant 4 and has plans to build a fifth plant, Plant 5. Construction is expected to begin later this year.