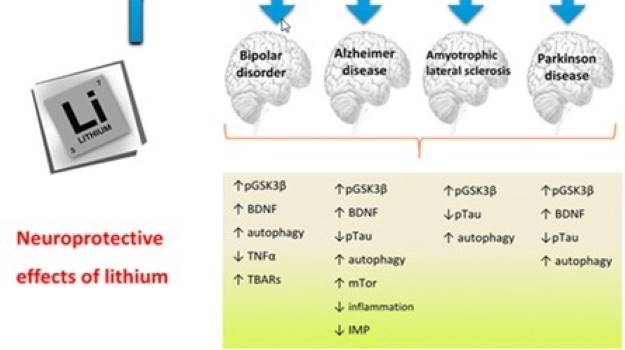 On the strength of data from its Phase 1 Study  of lead compound, AL001, being developed for the treatment of Alzheimer’s disease, Alzamend Neuro is looking to commence a Phase II multiple ascending dose study for that indication during the second quarter of this year.

AL001, also known as LiProSal™, is a patented new formulation that delivers lithium orally through a crystal-engineered combination of lithium, L-proline and salicylate and was shown to be bioequivalent to the 300mg marketed lithium carbonate product.

“It has the potential to reduce the lithium dose needed to achieve efficacy for multiple neurodegenerative and psychiatric medical conditions,” Stephan Jackman, CEO of Alzamend Neuro, an early clinical-stage company, told BioSpace. In this trial, the dose of lithium was half that of the currently marketed lithium-based drugs treating Alzheimer’s disease.

The significantly lower level of lithium per dose is notable and is expected to give this drug a key advantage against competitors. As Jackman explained, other lithium carbonate and currently marketed lithium products are constrained by a very narrow margin between efficacy and toxicity. Therefore, they have a narrow therapeutic index and require therapeutic monitoring via routine blood tests, he said. For example, for currently-marketed lithium salts, “An often-cited reference range for therapeutic blood levels of lithium is 0.8-1.2 mEq/L. Levels above 1.2 mEq/L are often associated with toxicity, so clinicians monitor lithium levels in blood routinely to avoid side effects.”

By halving the usual lithium dose used to treat bipolar disease using lithium salts, the likelihood of detecting lithium concentrations in the blood that exceed 1.2 mEq/L is small. The comparatively low-dose AL001, therefore, reduces potential side effects and eliminates the need for routine blood tests to monitor lithium levels, thus conferring a definite benefit to patients.

Salicylate levels also are well within safety tolerances. In fact, “The amount of salicylate absorbed from AL001 (at the equivalent lithium dose of lithium carbonate 150 mg) is the same as that absorbed from two and a quarter 325 mg aspirin tablets,” Jackman said. “That’s close to the labeled over-the-counter dosage for pain, fever and inflammation.” Consequently, the benefit-to-risk relationship of this formulation (administered by a medical professional) appears favorable, especially when the paucity of available treatments for Alzheimer’s disease is considered.

Topline data from the Alzheimer’s study that Alzamend released in mid-December “confirms AL001’s potential as a replacement for current lithium-based treatments,” Jackman said. “The completed Phase 1 study for AL001-ALZ01 showed that the rate and extent of lithium absorption/persistence in blood (and therefore for most organs in the body) are closely comparable between AL001 and lithium carbonate.

“Such findings may serve as surrogate endpoints,” Jackman added, aided by data already in the public domain. Combined, this body of evidence may “mitigate or obviate some requirements for Phase II and III studies for safety and/or efficacy.” That possibility could come into play in indications for other disorders for which lithium is a treatment, as well as for new indications.

For example, preclinical data in mice suggested AL001 also may prove effective in preventing cognitive deficits, depression and irritability, and that it improved associative learning, memory and irritability when compared to lithium salt treatments. Data suggest this may be related to differences in uptake and persistence in the target organ for efficacy – the brain – between AL001 and lithium carbonate. Therefore, its range of indications may be expanded to include such neurodegenerative and psychiatric conditions as amyotrophic lateral sclerosis (ALS), Parkinson’s disease and bi-polar disorder.

As this drug advances through the clinic, one of the greatest challenges – one shared by all clinical-stage Alzheimer’s researchers – is the timely recruitment of qualifying Alzheimer’s patients for clinical studies. According to the most current analysis, in the U.S. in 2020, the 152 Alzheimer’s trials listed on ClinicalTrials.gov required 38,826 participants and 2,540,014 participant weeks, in addition to clinician time spent screening and managing patients, according to Jeffrey Cummings of the University of Nevada, and colleagues, in “Alzheimer’s disease drug development pipeline: 2021”, published in Alzheimer’s & Dementia, the journal of the Alzheimer’s Association.

Such delays in recruitment are expected to be at least partially offset by a large body of relevant studies in the public domain. As Jackman stressed, “The lithium, salicylate and L-proline components of the engineered crystal are well-characterized and can be repurposed to address new indications and improve treatments for extant indications. Since the data already is extensive…the regulatory burden can be expected to be inherently mitigated.”

He noted the publication of multiple preclinical and clinical studies that suggest a positive outcome for lithium – and, by extension, AL001 – as a treatment for Alzheimer’s disease. There are also extensive safety data in the public domain relevant to the lithium, salicylate and L-proline components of AL001. To avoid redundant clinical efforts and to avoid subjecting frail subjects unnecessarily to the rigors of clinical trials, referencing this extensive literature for regulatory authorities can serve to reduce the need to reproduce such data and trials de novo.

Going forward, Alzamend is looking toward launching a Phase II study for Alzheimer’s disease in the second quarter of 2022 and also is continuing to refine the formulation. The treatment currently is administered three times each day but, Jackman said, “We are working on a formulation specifically designed to minimize the burden of drug administration for Alzheimer’s patients.”

Biogen Recoups Much-Needed $2.3B with Sale of Samsung Bioepis Stake