Embark Trucks, Inc. (Nasdaq: EMBK, “Embark”), a leading developer of autonomous technology for the trucking industry, today announced the appointment of Stephen Houghton as Chief Operating Officer, as Embark continues to forge partnerships with the nation’s biggest trucking companies and expands operations into new states. As COO, Stephen will leverage his extensive experience as an autonomous vehicle executive to guide Embark through rapid hiring, establish rigorous business operations, and oversee Embark’s growth in new markets including Texas as Embark scales up in preparation for commercial deployment of the Embark Driver in 2024. 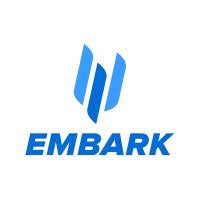 Stephen is a veteran executive who brings two decades of leadership experience to Embark, including six years working on autonomous vehicles at Amazon and Cruise. As VP of Global Markets at Cruise, Stephen oversaw a team of more than 700 during a period of rapid growth. Stephen has degrees from Stanford and Harvard, experience as a management consultant at McKinsey, and is a veteran of the Iraq War. He currently serves as an Officer in the United States Marine Corps Reserves.

“I’ve had the opportunity to see many different applications of autonomous vehicles throughout my career, and am confident that trucking will be home to the first commercial deployment of profitable AV technology at scale,” said Stephen Houghton, Chief Operating Officer at Embark. “In my new role, I looked forward to working closely with CEO Alex Rodrigues as the company prepares for commercialization and enters a new stage of growth, with the end goal of driving real business value for shippers and carriers.”

Stephen has served as Chief Operations and Fleet Officer at Embark since June 2021. As COFO, he has more than doubled Embark’s operations team headcount, leading Embark into the Texas market as part of its business plan to deploy commercially across the US Sunbelt by 2024. In his new role, Stephen will ensure operational excellence throughout the entire organization, and help Embark navigate life as a rapidly growing public company. Stephen will also deepen Embark’s culture of “safety first” and lead the safety operations team.

“Stephen brings unparalleled experience and autonomous vehicle expertise to Embark. In the year since he joined Embark, Stephen has also demonstrated an unwavering commitment to our safety culture, which is at the heart of what we do,” said Alex Rodrigues, CEO of Embark. “Stephen knows what it takes to scale a business in the autonomous vehicle space, and our whole team is confident that he will continue to succeed and move Embark and the entire industry forward.”

Embark Trucks, Inc., a wholly owned subsidiary of Nasdaq-listed Embark Technology, Inc. (Nasdaq: EMBK), is an autonomous vehicle company building the software powering autonomous trucks, focused on improving the safety, efficiency, and sustainability of the nearly $700 billion a year trucking market. Headquartered in San Francisco, CA since its founding in 2016, Embark is America’s longest-running self-driving truck program. The company partners with some of the largest shippers and carriers in the nation, collectively representing over 35,000 trucks and $22 billion in annual freight spend.

Embark’s mission is to realize a world where consumers pay less for the things they need, drivers stay close to the homes they cherish, and roads are safer for the people we love.

This press release includes “forward-looking statements” within the meaning of the “safe harbor” provisions of the Private Securities Litigation Reform Act of 1995. Embark’s actual results may differ from their expectations, estimates and projections and consequently, you should not rely on these forward-looking statements as predictions of future events. Words such as “expect,” “estimate,” “project,” “budget,” “forecast,” “anticipate,” “intend,” “plan,” “may,” “will,” “could,” “should,” “believes,” “predicts,” “potential,” “continue,” and similar expressions are intended to identify such forward-looking statements. These forward-looking statements include, without limitation, Embark’s expectations with respect to future performance. These forward-looking statements also involve significant risks and uncertainties that could cause the actual results to differ materially from the expected results. Factors that may cause such differences include, but are not limited to: (1) ability to expand into new markets; (2) changes in the applicable laws or regulations; (3) the possibility that Embark may be adversely affected by other economic, business, and/or competitive factors; (4) the impact of the global COVID-19 pandemic; and (5) other risks and uncertainties separately provided to you and indicated from time to time described in filings and potential filings by Embark with the U.S. Securities and Exchange Commission (the “SEC”), including those discussed in the registration statement on Form S-4 and definitive proxy statement/prospectus and other documents filed with the SEC from time to time. These filings identify and address other important risks and uncertainties that could cause actual events and results to differ materially from those contained in the forward-looking statements. Embark cautions that the foregoing list of factors is not exhaustive and not to place undue reliance upon any forward-looking statements, including projections, which speak only as of the date made. Embark undertakes no obligation to and accepts no obligation to release publicly any updates or revisions to any forward-looking statements to reflect any change in its expectations or any change in events, conditions or circumstances on which any such statement is based.