Panacea Biotec Pharma is a subsidiary of vaccine maker Panacea Biotec; its domestic biz had a turnover of Rs 219 cr in FY21; Adar Poonawalla holds 8.6% stake in the firm 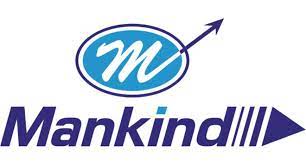 The stocks of Panacea Biotec were up 5 percent on the BSE at the end of day’s trade.

According to reports, Panacea Biotec Pharma was struggling to repay debt and Piramal Enterprises and India Resurgence Fund (IndiaRF) had extended the repayment date last year.

Both Rajesh Jain, MD Panacea Biotec and RC Juneja, chairman of Mankind Pharma could not be reached for an immediate comment.

Mankind Pharma is an Indian pharmaceutical company, based at New Delhi. The company has products in therapeutic areas ranging from antibiotics, to gastrointestinal, cardiovascular, dermal, and erectile dysfunction medications. They are covering Industrial sectors in pharmaceuticals, medical research and laboratories domain. Mankind Pharma Ltd is a private company.

Mankind Pharma was formed in 1986. It started working as a fully integrated pharmaceutical company in 1995 with the contributions of two brothers, R C Juneja and Rajeev Juneja. The seed capital for establishing the company was 50 Lakh. The company was started with 20 employees and launched in two states in the 1st year of its operation and nowadays .

In 2019, Mankind became the first Indian company and second only in the world to develop and launch Dydrogesterone, a drug used in high risk pregnancies by the brand name Dydroboon. The company acquired Magnet Labs Pvt. Ltd. to enter the antipsychotic segment in 2007. Also it acquired Longifene-an appetite stimulant for children, in January 2010 which was earlier a brand of UCB Belgium.