A good news is brewing for kids as the COVID-19 vaccine for the age group younger than 5 years old will be made available in the US sooner than expected. With the current scenario, it looks like the vaccine should be out by February, with a potential authorization of a couple of shots in the weeks to come.

In December 2021, Pfizer and BioNTech put forth the news that the two doses administered to 2,3-, and 4-year-olds did not trigger the response they had anticipated when it came to generating immunity. The anticipation was quite high, as the response to the vaccine among the teens was quite overwhelming. Since the two shots did not create that viability between six months and two years old, the drugmakers decided to add the third shot just to get that immune response that was missing. This was indeed a setback to not only the authorities or the manufacturers, but many parents too, who will now have to wait for a longer time to protect their wards. 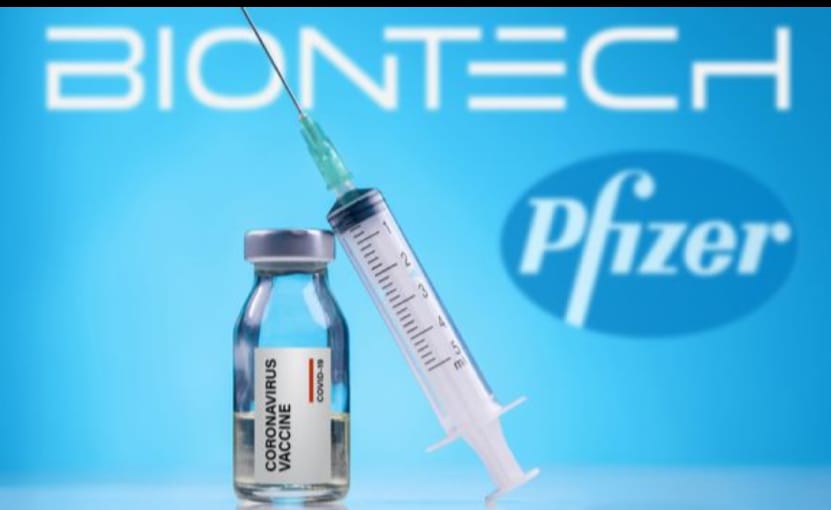 The FDA had urged both companies to furnish the application, so that the regulators could start the review of the two-shot data. Pfizer and BioNTech have now furnished the report to the FDA seeking an emergency use authorization to jab children in the age bracket of 6 months to 5 years. With this, Pfizer’s vaccine will be the first to be available in this age group. This comes just days after Anthony Fauci said FDA might approve Pfizer BioNTech vaccine for kids. It is to be noted that the companies over the last few months have been testing a third dose as well, owing to disappointing results that came from the two-shot regimen. The vaccine was safe, but the couple of doses did not provide enough immune response across all the age groups. That said, the data from the third shot may not be available until March, but once that shows favourable results, the regulators will authorise the third dose as well.

One of the people, on condition of anonymity, confirmed to the Washington Post that the two doses are not enough, but the idea is to go ahead and begin the review of both. Once the data according to the person holds up in the submission, the kids could start getting vaccinations months before, at least till the time the data from the third dose comes in.

The participants in the briefing given by Pfizer included Anthony Fauci, whose name has become synonymous with the medical and research developments that have been taking place concerning the pandemic, as well as David Kessler, the chief science officer, and an official from the Disease Control and Prevention Centre. Officials from the Department of Health and Human Services were also present during the briefing.

This one-of-a-kind session also had a robust conversation on whether three doses were likely to be much better than the already existing two shots. As per an administrative official, one has to get two to reach the three shots, and it will be interesting to see how this moves forward. In all probability, the outside advisers for the FDA will be meeting in February mid to discuss the two dose application. The members of the advisory committee when it comes to immunisation practises are also expected to meet to consider the issue.

People who are aware of the data pertaining to two doses say that the vaccine without a shred of doubt has a good safety yardstick and is equipped to reduce a significant amount of contraction. However, the experts from the outside were looking to see the new data on how effective that vaccine would be. Some even expressed concerns over the fact that, in the event of increasing the speed of access to the vaccines, scepticism might increase.

As far as the trial was concerned, the kids aged between 6 months and 5 years received 2 doses, three weeks apart, of 3 microgram shots, which was a tenth of the dose being administered to adults. The trial measured the immune responses in younger children in order to see if the outcome was in line with what was reported during the vaccination of teens. This procedure is known as “immunobridging” and is done to gauge how vaccines work across different age groups. This involves far less time than what it usually takes in the case of efficacy trials, in which more subjects are enrolled and one has to wait to see if the people who get jabbed are less likely to fall ill as compared to the people who get the placebo.

Pfizer and BioNTech have provided updated data to the FDA as part of their submission authorization request. As there were many cases that cropped up during the recent surge of omicron since the trial was on, there is a rich data set that both companies have put forth showing how effectively the vaccine worked. Experts who were not involved in the trial opine that it will be interesting to see how the new data fares at the FDA and they are indeed sceptical about the two dose data, if that would be enough.

According to Peter Hotez, dean of the National School of Medicine, it would be perfectly fine to release the vaccine for less than 5 based on the immunobridging data, but he insists that there must be a robust immune response.

People who are aware of the situation have confirmed that since the company has  filed for emergency use authorization with the FDA, it is time the decision will be made soon.

Interestingly, some parents have been trying to up the ante by pushing the FDA to speed up its approach to vaccines. There is also a petition that has been signed by 5700 people that has asked for the shots to become available to all the younger age groups.

As per the American Academy of Paediatrics, parents of children under five years of age are becoming increasingly eager as this is a very critical moment in the pandemic. According to Mark Del Monte from AAP, there is an urgent need for a safe and effective vaccine and that he is keen to see the how the submitted data works out. However, there are some doctors who worry that in an endeavour to push the paediatric vaccine, efforts to get the boosters in adults and vaccination for older children may take a back seat.

Vaccine uptake among children in the vaccine bracket is slow, and doctors fear that it will be even slower among children in the younger age group. Significantly, in places where shots have been available for five to eleven-year-olds since November, 70% of kids have not even taken a single shot.

The conversation between the officials from the government and Pfizer revolved around how the latter could increase the dose production in the next four weeks so as to provide enough doses to this population, which, as per the pharmaceutical giant, would be made possible.

FDA Approves Roche’s Evrysdi for Use in Babies...