A new variant of HIV was recently discovered in Europe. The new variant is more contagious, and it also is more deadly—the virus degrades the immune system into AIDS twice as fast as previous strains. As the ongoing HIV pandemic continues, scientists and biopharma companies are in a race against time to find a vaccine. 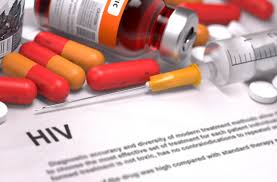 Revealed in an article published in Science magazine, this new variant of HIV was discovered in individuals in the Netherlands, Belgium and Switzerland. The data came from the BEEHIVE project, a research group affiliated with Oxford University dedicated to studying how HIV impacts people’s health. Their report indicated that this new variant of HIV, referred to as the VB variant, has been found in 109 people in Europe. In these people, the VB variant destroyed CD4 cells—a white blood cell that fights infections—twice as quickly as the main version of HIV.

Additionally, the new VB variant is more contagious. BEEHIVE measures how virulent, or contagious, a virus is by measuring the viral load, or the concentration of viral particles in the blood plasma. The VB variant had between 3.5 and 5.5 times the normal viral load of the normal HIV strain.

“Many individuals could therefore progress to advanced HIV by the time they are diagnosed, with a poorer prognosis expected thereafter in spite of treatment,” the researchers said.

Even before the VB variant was found, HIV was rampant. An estimated 37.7 million people have HIV worldwide—and cases have spiked recently. A study published in the Journal of Acquired Immune Deficiency Syndrome in October 2021 and led by the University of Oregon and Yale University found that HIV cases have increased at the area level in the United States during the pandemic.

Even though cases have surged and HIV testing is down because of the pandemic, COVID-19 has lent a silver lining to HIV research. Moderna recently launched clinical trials of an HIV vaccine using the same messenger RNA (mRNA) technology used in its COVID-19 vaccine. The same week, Excision BioTherapeutics announced it had initiated a Phase I trial of its experimental CRISPR-based treatment, which aims to remove sections of the HIV genome from the human body.

Unfortunately, the COVID pandemic has also taught the world that virus mutate. As countries struggled with waves of Delta and Omicron, scientists are worried that the same wave of mutations could happen with HIV, resulting in “the emergence and spread of new virulent variants.” As Moderna and Excision know, the race is now on to find a vaccine before HIV mutates again.

But for the time being, existing medications seem to hold the VB variant of HIV at bay.

“CD4 counts and percentages after treatment initiation were similar for VB and non-VB individuals,” the scientists reported.