The Centre has approved the formation of 40 FPOs (farmer producer organizations) in the bamboo sector to encourage small and marginal farmers in Assam, Maharashtra, Madhya Pradesh, and Odisha to establish bamboo cultivation. 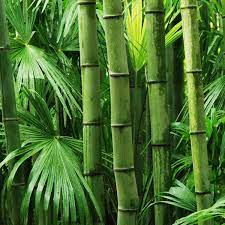 The National Agricultural Cooperative Marketing Federation of India (NAFED) has been named the implementing agency for 29 FPOs in these four states. NAFED has been tasked with carrying out 13 FPOs in Assam, seven in Maharashtra, six in Madhya Pradesh, and three in Odisha.

The Central Public Works Department (CPWD) has included certain bamboo products in the Delhi Schedule of Rates to encourage the use of bamboo in modern constructions (SoRs).

Potential ‘Kisan Rail’ circuits are being identified in conjunction with the Union Ministry of Agriculture and Farmers Welfare, state agriculture and animal husbandry and fisheries departments, as well as local organisations and agencies, mandis, and other entities, according to the minister.

According to the minister, the ICAR-Central Institute for Cotton Research is doing research to create and perfect technology for organic cotton cultivation in the country.

In response to a question about the fortification of rice pilot project and its distribution through the PDS (public distribution system), Ashwini Kumar Choubey, Union Minister of State for Consumer Affairs, Food and Public Distribution, said the country has received 3.64 lakh tonnes of fortified rice through the pilot scheme.

He said the government has approved a three-year, centrally supported pilot plan on “fortification of rice and its distribution under the PDS” starting in 2019-20, with a total budget of 174.64 crore.

The pilot system focuses on 15 districts in 15 states, with one district per state being preferred. 11 state- Andhra Pradesh, Gujarat, Maharashtra, Tamil Nadu, Chhattisgarh, Uttar Pradesh, Odisha, Telangana, Madhya Pradesh, Uttarakhand, and Jharkhand- have reported distribution of fortified rice in their identified districts under the pilot scheme, the minister said.