Meghalaya Chief Minister Conrad K Sangma announced on Friday that the NPP-led MDA government has launched the FOCUS farmers’ welfare program, which will benefit over 4.5 lakh farmers. He stated that the program was developed by the state government in response to the economic hardships that farmers had experienced as a result of the COVID-19 pandemic. 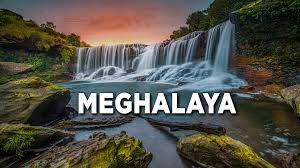 Farmers are organized into “producer groups” under this programme, and each member receives Rs.5,000. According to Sangma, the funds can be used as seed money for expanding farming operations.

This programme is expected to cost around Rs. 200 crore. The Chief Minister has visited several districts and blocks in the state over the last three months.

Today, during the FOCUS programme in Chokpot, Sangma distributed cheques totaling 1.2 crore to 170 producer groups to help them expand their farming and entrepreneurial activities.

Over 100 crore has been sanctioned for infrastructure projects in Chokpot, South Garo Hills, he said.

FOCUS programme, a flagship initiative of the state government to provide market access and financial assistance to farmers collectively.

Chief Minister stated that farmers in the state, who account for roughly 70% of the population, will receive additional benefits through the FOCUS programme to supplement the various welfare schemes of the Government that are in line with the state’s vision for the agriculture sector.

“A single farmer faces a number of challenges. As a result, we are encouraging like-minded farmers to band together as a group and reap the benefits of the scheme,” the chief minister said, urging farmers to form Producers Groups in order to reap the benefits.

Ethiopian Farmers Use Innovative Approaches to Deal with Unpredictable Weather