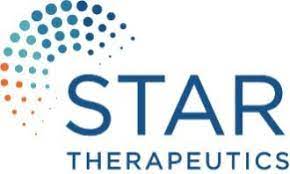 Signal regulatory proteins (SIRP) are part of a family of transmembrane glycoproteins involved in immunological signaling and act as an immune system checkpoint. SIRPs are expressed mainly by myeloid cells, a family of monocytes, dendritic cells, tissue macrophages and granulocytes, which are called into action when tissue damage and infection occur. Typically, SIRP therapeutics are utilized in areas of oncology to promote the ignition of the immune system to take out tumor cells. However, Electra is taking an entirely novel approach.

“We’re using SIRPs in a very novel way as cell surface targets on specific immune cells to then use our antibodies to target those precise immune cells and deplete them from circulation. It’s a way to put the brakes on an overactive immune system and halt the process,” Adam Rosenthal, Ph.D., CEO and co-founder of Electra Therapeutics told us .

Utilizing SIRPs in this way is helping Electra to make headway in treating secondary hemophagocytic lymphohistiocytosis (sHLH), a life-threatening inflammatory disease. The disease can be triggered by cancer, immunotherapy, infection or an autoimmune disease and requires immediate intervention once triggered as it rapidly progresses to multi-organ failure and death. There is no currently approved treatment, and even when sHLH is treated with off-label therapeutics, approximately 60% of adults diagnosed pass away within three and a half years.

Intending to treat sHLH, Electra has announced its SIRP therapeutic ELA026 is currently in Phase I clinical studies in a broad HLH population. However, other information about the trial has yet to be disclosed. Rosenthal stated that Electra’s Series B Financing will be used to help fuel both the clinical and preclinical programs for ELA026, which is also being investigated for use in other inflammatory diseases. The money will help bring ELA026 through proof of concept in sHLH and allow Electra to move two other preclinical programs, one in immunology and one in immuno-oncology, closer to the clinic.

In addition to moving its therapeutics along, Rosenthal said that the companies will continue to build out their teams, explore other indications for SIRP technology, and are open to partnering discussions with pharma. He also hinted that a second company is waiting in the wings and will focus on rare hematology with a therapeutic candidate in Investigational New Drug Development enabling studies.

The driving motivation for Star Therapeutics s the vast unmet need of patients with rare diseases. In his previous work with True North Therapeutics, Rosenthal stated that his team worked on a rare disease that was overlooked and lacked data in the medical literature. They had to do a lot of the background work themselves to show a severe and life-threatening disease.

“That became the motivation when founding Star, that of the 7,000 rare diseases out there. There are likely a lot of them that are overlooked and ignored by the industry but might actually be much more severe than people realize,” he said. “We set out to look across thousands of rare diseases in a very systematic way, looking at certain therapeutic areas at a time. All of this is based on forming a program around a constellation of diseases where we could go after many diseases with a single therapy.”

Currently, only 650 drugs are approved for the treatment of rare diseases.

True North, acquired by Bioverativ and then Sanofi, recently approved its lead asset. The effort of all three companies has led to the approval of sutimlimab, a treatment for patients with cold agglutinin disease (CAD). In this rare autoimmune disorder, the immune system destroys red blood cells prematurely. Sutimlimab is the first U.S. Food and Drug Administration-approved treatment for CAD, making it a much-needed therapeutic for those diagnosed.

Rosenthal said he was proud of his involvement in the development of the drug and hopes that it impacts patients. Star Therapeutics has leveraged a lot of the former True North team, and the former CEO of the company, Nancy Stagliano, serves as board executive chair for Star and Electra.