The U.S. Food and Drug Administration has approved the use of Purdue Pharma’s candidate injectable treatment for partially or completely reversing opioid drug effects.

Nalmefene hydrochloride injection comes as a 2mg/2mL in vial formulation and is intended for use in emergency situations by health care professionals. However, it should only be given after other care methods have been given to the patient, such as the establishment of a patent airway, administration of oxygen, ventilatory assistance, and circulatory access.

Nalmefene is expected to be out in the market by mid-2022. It has the ability to partially or totally reverse the effects of opioids, including respiratory depressions, induced by either synthetic or natural opioids. It is also indicated in the management of suspected or known overdose.

Purdue Pharma will be distributing the drug for no profit.

“This FDA approval is an example of our ongoing efforts to help provide much-needed treatment for patients and health care providers. Nalmefene will be an important treatment option to address the opioid crisis, which has accelerated during the COVID-19 pandemic and is being fueled by the increasing prevalence of illicitly manufactured synthetic opioids,” said Craig Landau, M.D., chief executive officer and president of Purdue Pharma, in a statement.

Based on the FDA website information, nalmefene was found to be completely bioavailable when it was tested subcutaneously or intramuscularly in 12 male volunteers, compared to those who received it intravenously. The drug will be administered initially as an intravenous bolus and then later given intramuscularly or subcutaneously if venous access cannot be established. It was also observed that 1 mg nalmefene could block over 80% of brain opioid receptors within 5 minutes after it is administered. 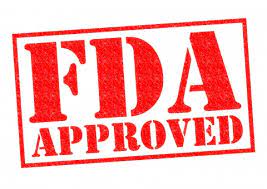 The drug has not shown any potential for abuse, tolerance or physical dependence. However, it may produce acute withdrawal symptoms in patients who are already dependent on opioids or have just undergone surgery where high doses of opioids was used. Adverse reactions were mild, including nausea, vomiting, hypertension, tachycardia, fever, dizziness and post-op pain.

The FDA’s decision to approve Purdue’s drug earned mixed reactions from industry observers, especially as the company is in the middle of several thousand lawsuits alleging that its products had helped fuel the opioid crisis.

The firm had been accused of using deceptive marketing tactics with OxyContin. In December 2021, a Manhattan federal judge rejected a $4.5 billion bankruptcy settlement proposal for the lawsuit due to a provision that shields the members of the Sackler family from facing litigation individually. The company is reportedly planning a reorganization in line with the bankruptcy settlement to help stop the opioid crisis nationwide.