The U.S. Food and Drug Administration issued a Complete Response Letter (CRL) to Gilead Sciences rejecting its New Drug Application (NDA) for lenacapavir. The NDA was under review for the treatment of HIV-1 infection in heavily treatment-experienced (HTE) individuals with multi-drug resistant (MDR) HIV-1 infection. Lenacapavir is a long-acting HIV-1 capsid inhibitor.

The rejection doesn’t appear to be over the drug’s efficacy. Instead, the agency cited Chemistry Manufacturing and Controls (CMC) problems associated with the compatibility of the drug with the proposed container vial. The FDA had earlier questioned vials made of borosilicate glass, which had resulted in a clinical hold for injectable lenacapavir. 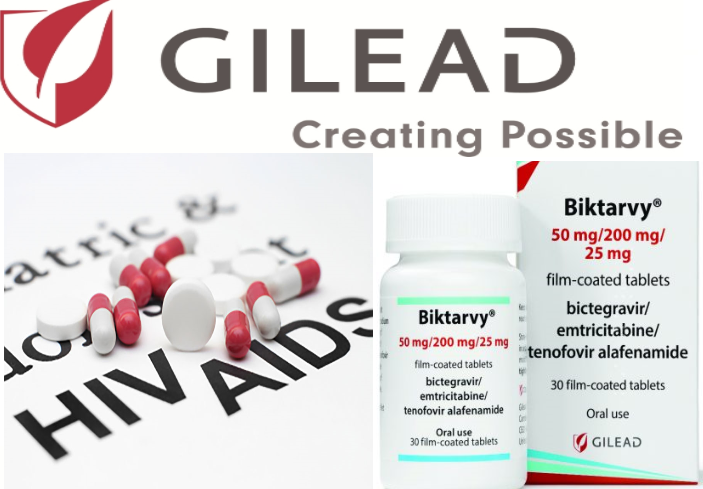 In December 2021, the FDA placed a clinical hold on the company’s injectable lenacapavir in borosilicate vials for all ongoing clinical trials for HIV and HIV pre-exposure prophylaxis (PReP). There were concerns that the drug caused the formation of “sub-visible” glass particles. This resulted in halting 10 clinical studies completely, but oral formulations of lenacapavir continued.

Lenacapavir is a potential first-in-class long-acting HIV-1 capsid inhibitor. Its method of action is different from other approved classes of antivirals. It also acts on HIV at multiple stages of the viral lifecycle.

The NDA was built on data from the Phase II/III CAPELLA trial, which studied the drug given subcutaneously every six months in combination with an optimized antiretroviral background regimen. CAPELLA demonstrated high rates of virologic suppression and clinically meaningful increases in CD4 counts. The most common adverse events were injection site reactions (63%), nausea and diarrhea (13% each), and COVID-19 (11%).

“Gilead intends to provide FDA with a comprehensive plan and corresponding data to use a different vial type,” said Dr. Merdad Parsey, Chief Medical Officer, Gilead. “We look forward to discussing this further with FDA over the coming months so that we can make this investigational new therapy available to people living with multidrug-resistant HIV as soon as possible. People living with multidrug-resistant HIV need new treatment options and we will continue to pursue approval of lenacapavir to offer a much-needed new long-acting treatment option for this population.”

On February 16, Gilead announced new one-year data from the CAPELLA trial. This found that lenacapavir, dosed subcutaneously every six months with other antiretrovirals, demonstrated high virologic suppression and increases in CD4 counts in patients with HIV whose treatment was no longer effective. But with lenacapavir, they achieved an undetectable viral load, <50 copies/mL, at Week 52.

At the time, Dr. Onyema Ogbuagu, director of the HIV Clinical Trials Program at Yale University School Of Medicine, stated, “I am really encouraged by the results presented today showing that the positive outcomes achieved with lenacapavir can be sustained at one year of treatment, which is a remarkable achievement for this group of people living with HIV who have limited treatment options and are at a greater risk of progressing to AIDS.