While England’s drug-price watchdog continues to assess the value of Amgen’s lung cancer drug Lumykras, the company and the National Health Service have Struck a deal to make the groundbreaking treatment available to more people there. 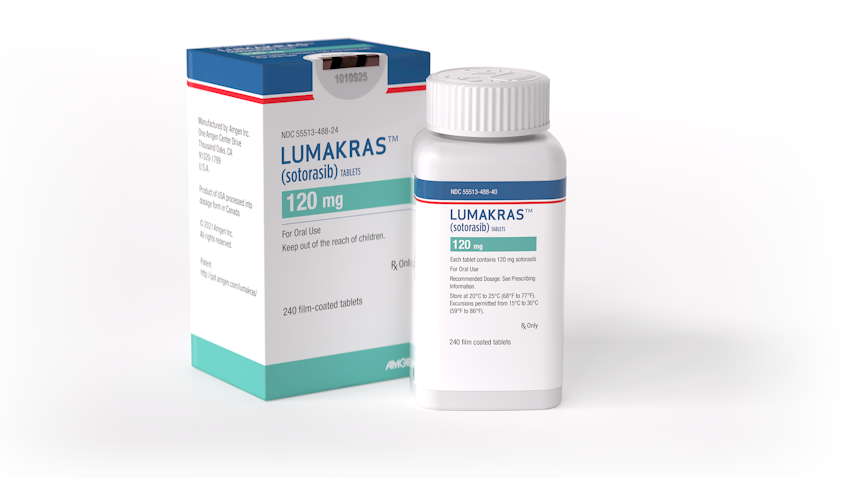 Lumakras was endorsed three months early by the FDA in May of last year for a type of non-small cell lung cancer that was considered “undruggable.” (Amgen) (Amgen)

At an agreed-to discount, Amgen will provide Lumykras to 600 patients. That comes after 100 in the U.K. were granted access to the drug in September of last year under Project Orbis.

Orbis is a collaborative effort between drug regulators in the United States, Canada, Australia, U.K. and several other countries to speed the approval process for promising cancer treatments.

This is the second Project Orbis treatment provided to patients in the U.K. The first was AstraZeneca’s Tagrisso, also for lung cancer. The project helped green-light a variety of cancer drugs before England got on board.

In the U.S., Amgen’s drug is marketed as Lumakras. There, it scored FDA approval last May for a type of non-small cell lung cancer that was previously considered “undruggable.” It treats the KRAS G12C mutation, dubbed the “death star,” for its spherical shape and resistance to treatment. This type occurs in roughly 13% of NSCLC patients.

“It is very exciting to see this ground-breaking treatment coming into use after 40 years of research on this important target,” the NHS’s clinical director for cancer, Peter Johnson, said in a release.

The second-line treatment is used if patients don’t respond to chemotherapy and it has fewer side effects. Another advantage is its ease of administration as it can be taken at home in tablet form.