Summary :
Roche’s Vabysmo is having a strong start with doctors, but it has a long way to go if it wants to cut into Regeneron and Bayer’s $8.3B blockbuster Eylea’s market stranglehold. (Regeneron)

There’s a lot of excitement about Roche’s new eye disease drug Vabysmo, which is in-line for “rapid uptake” this year, but it faces an uphill struggle to topple the likes of Regeneron and Bayer’s mighty Eylea. 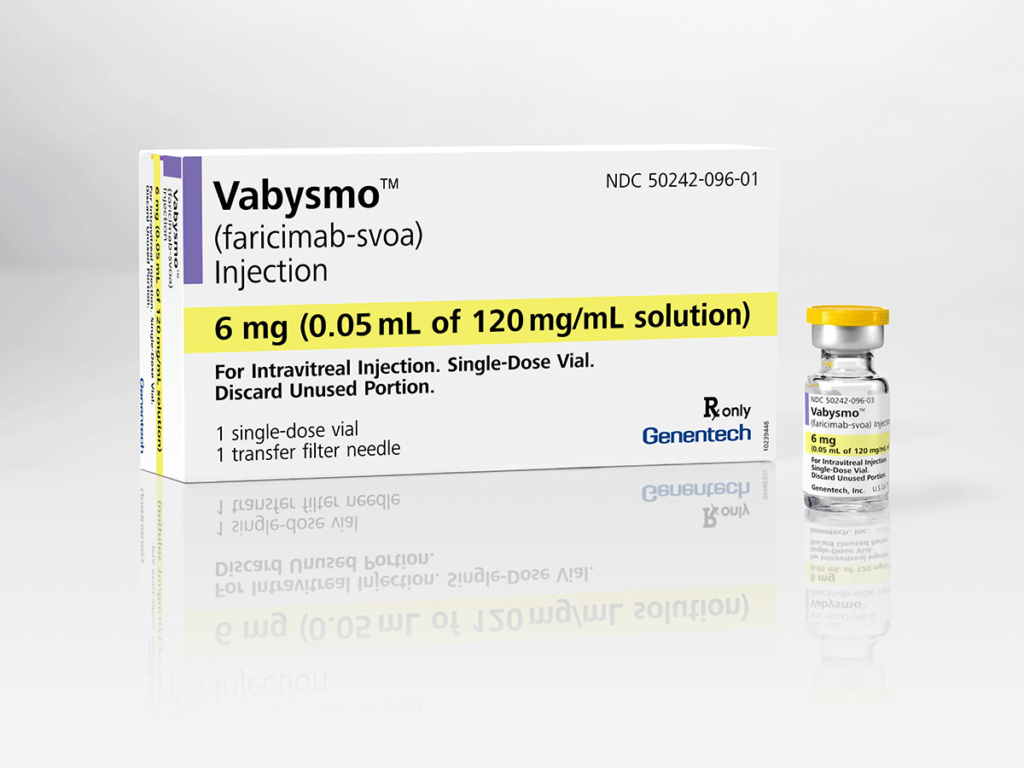 That’s according to a new report from life science launch analysts Spherix, which surveyed 103 ophthalmologists on the age-related macular degeneration treatment landscape.

Roche’s therapy, which tackles two targets associated with AMD instead of just one, nabbed FDA approval at the start of the year to treat nAMD and diabetic macular edema (DME), and the Swiss major started rolling it out at the end of January 2022.

Early Spherix projections show Vabysmo “gaining rapid uptake” within the first six months of launch, which it sees “resulting in a potential decline of Eylea share.” But don’t write off Eylea just yet, the report’s authors say.

“While there is considerable excitement surrounding Genentech’s Vabysmo, the company has significant ground to cover in order to contend with Regeneron,” Spherix said.

Among the 103 ophthalmologists surveyed, Regeneron not only outpaces its competition on manufacturer perceptions and favorability, but it’s also the “clear leader” in practice and patient support, Spherix found.

When asked which types of patients they plan to treat with Vabysmo, the ophthalmologists pointed to those who’ve tried other treatments before, including patients previously treated with Eylea. This suggests “Regeneron’s brand will likely maintain first-line preference (for the time being),” the firm concluded.

Vabysmo’s flexible dosing could be a key advantage. While Eylea is administered once every one to two months, Vabysmo—after a series of four monthly injections—can be taken once every one to four months, depending on the patient’s vision outcomes and anatomy.

But analysts at Evaluate see sales for Vabysmo hitting just $1.1 billion by 2026, far off the major cash haul Eylea brings in each year. Besides, Regeneron is working on a higher-dose version of Eylea that could be administered every four months, countering the convenience threat posed by Vabysmo.

While Vabysmo is the first bispecific antibody for the eye, the drug launch isn’t Roche’s first rodeo in ophthalmology—it did, after all, develop and market Lucentis, which has been a perennial blockbuster for the company.

Lucentis made $1.46 billion in 2021 and is FDA-approved for a whole host of conditions, including wet AMD and DME, macular edema following retinal vein occlusion, diabetic retinopathy and myopic choroidal neovascularisation.

In terms of contacts with reps, ophthalmologists said their most recent in-person contact was with an Eylea representative, followed by Lucentis. The majority, however, “have had no contact with a Byooviz representative in person,” the report found.

The report also found that seeing reps “have been largely in person the last three months,” with nearly half of respondents rating them as “high value.”