Merck & Co has announced a deal with King’s College London (KCL) and Wellcome to investigate a new class of painkillers that could provide an alternative to opioids and their dangerous side-effects.

Known as MSD outside of the US, the big pharma has signed a collaborative licence deal with KCL to investigate a class of drugs that blocks a protein known as HCN2, which has been shown to play a role in chronic pain. 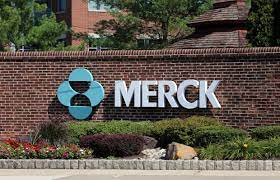 Merck deal with KCL and Wellcome

HCN2 can cause a continuous sensation of pain when electrical signals are passed through pain-sensitive nerve fibre.

Research conducted at KCL shows that blocking activity of HCN2 in animal models can deliver effective pain relief without side effects.

The deal is made possible through the work of Professor Peter McNaughton from the Institute of Psychiatry, Psychology and Neuroscience at King’s.

King’s IP and Licensing team and the Wellcome’s Innovations team have negotiated a deal with Merck where they are eligible to receive up to $340 million (£263 million) in development and sales milestones, as well as royalties if a drug comes to market.

MSD will also fund further research at McNaughton’s lab into the biological mechanisms of pain.