The Jharkhand State Variety Release Committee (SVRC) has released 16 improved varieties of nine crops for Jharkhand, four of which were developed by experts at Birsa Agricultural University (BAU) following years of experimenting with various breeding procedures and protocols. 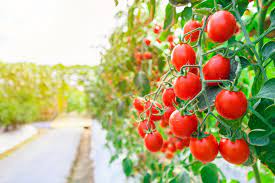 Seven new rice types, two new chilli varieties, and one of each tomato, litchi, bael, linseed, soybean, field pea, and brinjal are available. These high-yielding, early-maturing types are disease and insect resistant, making them perfect for Jharkhand’s dryland habitat.
The release plan was agreed during an SVRC meeting held on March 24 at the Department of Agriculture under the chairmanship of agriculture secretary Aboobacker, according to A Wadood, director of research at Birsa Agricultural University in Jharkhand.

BAU principal scientist Sohan Ram’s Birsa Tisi-2 linseed variety has a production potential of 19.7 quintals per hectare, contains 36.75 percent oil, matures in 128-30 days, and exceeds the national check T-397 by 10.46 percent.Birsa Soybean-4, a soybean cultivar developed by BAU’s Nutan Verma, with a yield potential of 28 q/ha and takes 110 days to mature. Its yellow seed, which has a brown hilum, has 40.30 percent protein and 17.55 percent oil.

CS Mahato produced Birsa Matar-1, a dwarf-type plant of medium maturity with a production capacity of 13-15 q/ha and a maturation time of 112-116 days.

Birsa Chianki Baigan-3, a high producing brinjal variety developed by Abdul Majid Ansari at the Zonal Research Station in Chianki, Palamu, with a production potential of 350-400 q/ha and comes under medium maturity group.