Zulfikar, Director LULU group of Hypermarket declared that due to positive approach of Assam Government and APEDA, it is decided to start trials of sourcing Ginger from Assam, the group declared that they will be starting trials of 150 MTs ginger sourced from Assam within next fortnight.

Lulu group of Hypermarket has decided to start trials of sourcing ginger from Assam soon. The group announced that it would be starting trials of 150 MTs ginger sourced from Assam within next fortnight. 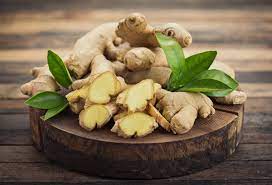 Agriculture and horticulture products from the state were displayed before the importers from Sri Lanka, Dubai, Bangladesh, Oman, Netherlands, Singapore and Greece.

The IBSM aimed to promote the exports of the potential agricultural and processed food products from Assam and northeast region and to provide market association to the producers.

LuLu Group International is an Indian multinational conglomerate company that operates a chain of hypermarkets and retail companies, headquartered in Abu Dhabi, United Arab Emirates. It was founded in 2000 by M. A. Yusuff Ali from Nattika, Thrissur district in Kerala, India.