GlaxoSmithKline plc  and Sierra Oncology, Inc have announced that GSK will acquire Sierra Oncology, a California-based late-stage biopharmaceutical company focused on targeted therapies for the treatment of rare cancers, for $55 per share of common stock in cash, representing an approximate total equity value of $1.9 billion (£1.5 billion).

Myelofibrosis is a fatal cancer of the bone marrow impacting the normal production of blood cells. Anaemia represents a high unmet medical need in patients with myelofibrosis. At diagnosis, approximately 40% of patients are already anaemic, and it is estimated that nearly all patients will eventually develop anaemia.Patients treated with the most commonly used JAK inhibitor will often require transfusions, and more than 30% will discontinue treatment due to anaemia. Anaemia and transfusion dependence are strongly correlated with poor prognosis and decreased overall survival. 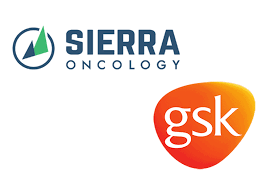 Momelotinib has a differentiated mode of action with inhibitory activity along key signalling pathways. This activity may lead to beneficial treatment effects on anaemia and reduce the need for transfusions while also treating symptoms. In January 2022, Sierra Oncology announced positive topline results from the MOMENTUM phase III trial. The study met all its primary and key secondary endpoints, demonstrating that momelotinib achieved a statistically significant and clinically meaningful benefit on symptoms, splenic response, and anaemia.

Luke Miels, Chief Commercial Officer, GSK said: “Sierra Oncology complements our commercial and medical expertise in haematology. Momelotinib offers a differentiated treatment option that could address the significant unmet medical needs of myelofibrosis patients with anaemia, the major reason patients discontinue treatment. With this proposed acquisition, we have the opportunity to potentially bring meaningful new benefits to patients and further strengthen our portfolio of specialty medicines.”

Stephen Dilly, MBBS, PhD, President and Chief Executive Officer, Sierra Oncology said: “Uniting with GSK creates the best opportunity for Sierra Oncology to realise its mission of delivering targeted therapies that treat rare forms of cancer while also delivering compelling and certain value for our stockholders. Now we have a partner with a global infrastructure and oncology expertise that enables us to deliver momelotinib to patients as quickly as possible and on a global scale.”

Momelotinib complements GSK’s Blenrep (belantamab mafodotin), building on GSK’s commercial and medical expertise in haematology. The proposed acquisition aligns with GSK’s strategy of building a strong portfolio of new specialty medicines and vaccines. If the transaction is completed and momelotinib is approved by regulatory authorities, GSK expects momelotinib will contribute to GSK’s growing specialty medicines business, with sales expected to begin in 2023, with significant growth potential and a positive benefit to the Group’s adjusted operating margin in the medium term.

Under the terms of the agreement, the acquisition will be effected through a one-step merger in which the shares of Sierra Oncology outstanding will be cancelled and converted into the right to receive $55 per share in cash. Subject to customary conditions, including the approval of the merger by at least a majority of the issued and outstanding shares of Sierra Oncology, and the expiration or earlier termination of the waiting period under the Hart-Scott-Rodino Antitrust Improvements Act of 1976, the transaction is expected to close in the third quarter of 2022 or before.

GSK will account for the transaction as a business combination and expects it to be accretive to adjusted EPS in 2024, the expected first full year of momelotinib’s sales. New GSK reaffirms its full-year 2022 guidance, the medium-term outlook for 2021-2026 of more than 5% sales and 10% adjusted operating profit CAGR* at CER**, and long-term sales ambition.

Sierra Oncology is a late-stage biopharmaceutical company based in San Mateo, California, on a mission to deliver targeted therapies that treat rare forms of cancer. In addition to momelotinib, the pipeline consists of two assets in phase I SRA515 and SRA737. SRA515 is a selective bromodomain-containing protein 4 (BRD4) bromodomain and extra-terminal domain (BET) inhibitor with a novel bivalent binding mode that inhibits both protein bromodomains, and SRA737 is a novel checkpoint kinase 1 (CHK1) inhibitor.

Myelofibrosis is a fatal disorder of the bone marrow where fibrous scar tissue gradually replaces normal bone marrow, limiting its ability to make blood cells (haematopoiesis). This may cause anaemia (reduced red blood cells), leading to shortness of breath or fatigue; increased risk of infection due to decreased white blood cells; or increased risk of bleeding or bruising due to reduced platelet counts. Organs such as the spleen or liver may start to produce blood cells. This is known as extramedullary haematopoiesis, which causes splenomegaly or hepatomegaly (enlarged spleen or liver). Myelofibrosis affects approximately 20,000 patients in the US.

This activity may lead to beneficial treatment effects on anaemia and reduce transfusion dependence while treating myelofibrosis symptoms and splenic response.

About the MOMENTUM phase III trial

MOMENTUM is a global, randomised, double-blind phase III clinical trial of momelotinib versus danazol in patients with myelofibrosis. Patients were symptomatic and anaemic and had been previously treated with an FDA-approved JAK inhibitor. The study was designed to evaluate the safety and efficacy of momelotinib for the treatment and reduction of the key hallmarks of the disease: symptoms, blood transfusions (due to anaemia) and splenomegaly.

The primary endpoint of the study was a Total Symptom Score (TSS) reduction of ≥50% over the 28 days immediately before the end of Week 24 compared to baseline TSS, using the Myelofibrosis Symptom Assessment Form (MFSAF). Secondary endpoints included Transfusion Independence (TI) rate for ≥12 weeks immediately before the end of Week 24 with maintained haemoglobin levels ≥ 8 g/dL and Splenic Response Rate (SRR) based on splenic volume reduction of ≥35% at Week 24. The study enrolled 195 patients based on a planned 180 patients across 21 countries.

Danazol was selected as the treatment comparator, given its use to ameliorate anaemia in patients with myelofibrosis, as recommended by the National Comprehensive Cancer Network (NCCN) and the European Society of Medical Oncology (ESMO) guidelines. Patients were randomized 2:1 (momelotinib n = 130 and DAN n = 65) to receive either momelotinib or danazol. After 24 weeks of treatment, patients on danazol were allowed to cross over to receive momelotinib. Early cross over to momelotinib was available for confirmed symptomatic splenic progression.

These data will support Sierra Oncology’s planned regulatory submissions with health authorities. The complete data from the MOMENTUM phase III trial will be presented at a forthcoming medical conference.

GlaxoSmithKline Pharmaceuticals Ltd is an Indian research-based pharmaceutical and healthcare company, and a subsidiary of GlaxoSmithKline plc. Its product portfolio includes prescription medicines and vaccines. Its prescription medicines range across therapeutic areas such as anti-infectives, dermatology, gynaecology, diabetes, oncology, cardiovascular disease and respiratory diseases. It also offers a range of vaccines, for the prevention of hepatitis A, hepatitis B, invasive disease caused by H, influenzae, chickenpox, diphtheria, pertussis, tetanus, rotavirus, cervical cancer and others

The First COVID-19 Diagnostic Test Employing Breath Samples has been Approved by the US Food and Drug Administration.

WHO Grants Prequalification to GSK’s Mosquirix – the...