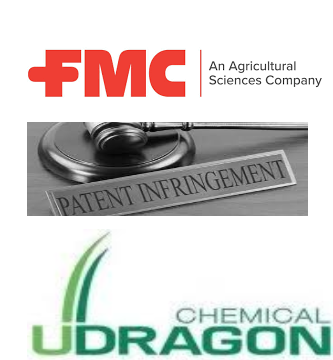 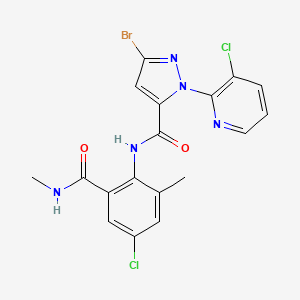 Chlorantraniliprole is a carboxamide resulting from the formal condensation of the carboxylic acid group of 3-bromo-1-(3-chloropyridin-2-yl)-1H-pyrazole-5-carboxylic acid with the primary amino group of 2-amino-5-chloro-N,3-dimethylbenzamide. The first of the anthranilic diamide insecticides, it is a ryanodine receptor activator

“We are pleased with the Court’s decision, which reflects its understanding of the issues impacting the crop protection market and the importance of respect for patents – including patents covering intermediate chemicals – in China,” said Michael Reilly, FMC executive vice president, general counsel and secretary. “The principles decided by the Court are also significant for future infringement actions where defendants attempt to rely on the so-called ‘Bolar exemption,’ a legal exemption in the pharmaceutical industry, to avoid infringement of valid intellectual property in the agrochemical segment.”

FMC has invested heavily in the research, development and commercialization of chlorantraniliprole, a proprietary, breakthrough technology designed to control a wide variety of destructive insects that can destroy a farmer’s crops and dramatically lower food production. The company maintains an extensive patent estate for its proprietary chlorantraniliprole technology, including patents that cover active ingredient composition of matter, manufacturing processes, intermediate chemicals, formulations and other areas protected by intellectual property laws in the U.S., China, India, and other important agricultural markets throughout the world. FMC markets its products that contain chlorantraniliprole under several brand names around the world, including Rynaxypyr® active, Altacor® insect control, Coragen® insect control, Ferterra® insect control, Premio® insect control and Prevathon® insect control.

“Intellectual property rights are an essential tool for continued innovation in the crop protection market and thus serve the interest of growers, customers, investors, employees, suppliers and partners,” said Pramod Thota, interim president for FMC’s Asia Pacific Region and president of FMC U.S.A. “This decision reinforces the value of our commitment to bring innovation to growers in China and around the world.”