“This lawsuit has been filed in the Pennsylvania Federal Court. Natco and its marketing partner, Mylan believe this is a meritless suit for a product that has been in the market for more than five years. Mylan and Natco will strongly defend against this suit,” the company said. 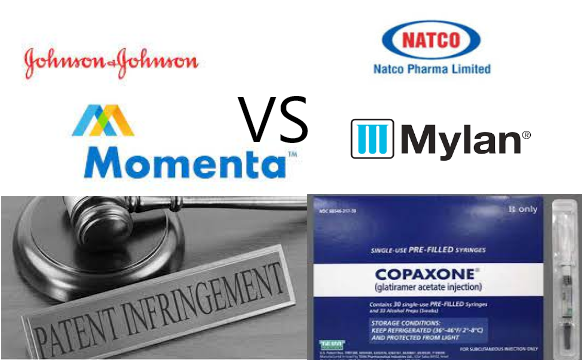 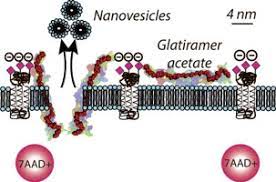 Description – Glatiramer acetate is a mix of synthetic polypeptides that includes L-glutamic acid, L-alanine, L-tyrosine, and L-lysine at an average molar fraction of 0.141, 0.427, 0.095, and 0.338, respectively. Since glatiramer acetate is a heterogeneous drug, there is limited information about its physicochemical properties. Originally, glatiramer acetate was designed as a stimulant of myelin basic protein (MBP), a myelin antigen involved in the development of multiple sclerosis (MS), to induce experimental autoimmune encephalitis (MS animal model). However, the opposite was observed. Glatiramer acetate exhibits several immunomodulatory effects and reduces the relapse rate of relapsing-remitting multiple sclerosis (RRMS) by 30%

Mechanism of Action –It is thought to act by modifying immune processes that are believed to be responsible for the pathogenesis of MS. Administration of glatiramer acetate shifts the population of T cells from proinflammatory Th1 T-cells to regulatory Th2 T-cells that suppress the inflammatory response. 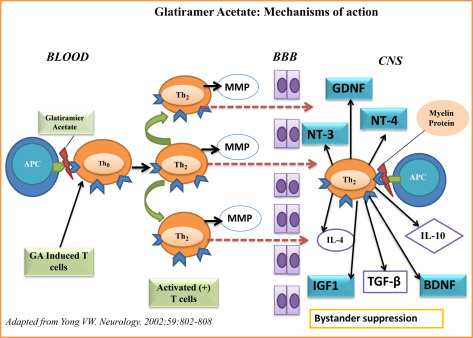 The J&J drug in question is Momenta’s Glatopa, or glatiramer acetate injection, a generic formulation of Teva Pharmaceutical’s multiple sclerosis med Copaxone. Under a partnership with Sandoz, the Momenta med won an approval as the first copycat to Teva’s blockbuster MS med back in April 2015.

Johnson & Johnson, we believe good health is the foundation of vibrant lives, thriving communities and forward progress. That’s why for more than 130 years, we have aimed to keep people well at every age and every stage of life. Today, as the world’s largest and most broadly based healthcare company, we are committed to using our reach and size for good. We strive to improve access and affordability, create healthier communities, and put a healthy mind, body and environment within reach of everyone, everywhere.