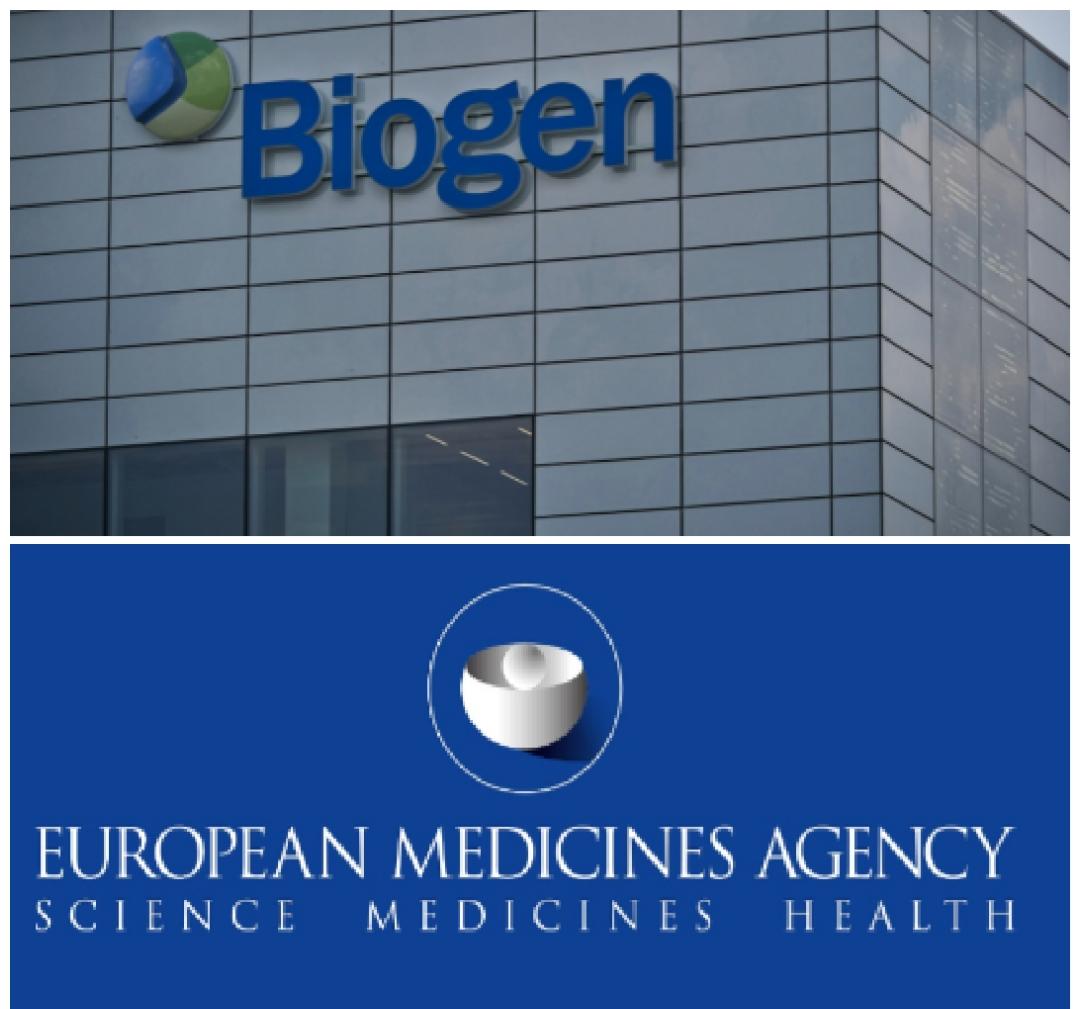 The EMA’s human medicines committee has said it cannot approve Biogen and Eisai’s Alzheimer’s disease therapy Aduhelm, saying it was unconvinced by the data submitted for the drug.

The companies had already indicated that the CHMP looked likely to turn down their marketing application for Aduhelm (aducanumab), but the decision nevertheless is a heavy blow, coming as take-up of the drug has pretty much stalled in the US.

In a statement, the EMA said that while  Aduhelm clearly reduces levels of amyloid beta in the brain, “the link between his effect and clinical improvement had not been established.”

It also said that the results of the two studies submitted by Biogen in support of the application “were conflicting and did not show overall that Aduhelm was effective at treating adults with early stage Alzheimer’s disease.”

Finally  – in another hammer blow – the EMA also questioned the safety of Aduhelm, concluding that the studies “did not show that the medicine was sufficiently safe.”

There have been concerns about cases of amyloid-related imaging abnormalities (ARIAs) – brain swelling or bleeds seen with Aduhelm treatment – that can resolve over time but in some cases can be serious.

“It is not clear that the abnormalities can be properly monitored and managed in clinical practice,” said the EMA in a question and answer document published alongside the CHMP decision.

Biogen can seek a re-examination of the opinion by the CHMP within the next 15 days, and has already said it will do so.

“For Europeans impacted by Alzheimer’s disease, the lack of options to treat its early stages is felt every day,” asserted Priya Singhal, Biogen’s interim head of R&D following the shock depature of Al Sandrock a few weeks ago.

“The longer we wait, the more people will progress toward more advanced dementia and we may miss the opportunity to potentially treat them,” she added.

Biogen said it would seek clarification of the CHMP’s grounds for refusing the marketing application.

The decision was welcomed by some clinicians, including Robert Howard, professor of Old Age Psychiatry at UCL in London, who said Aduhelm is “a treatment without convincing efficacy, with serious associated adverse effects and a high financial cost.” 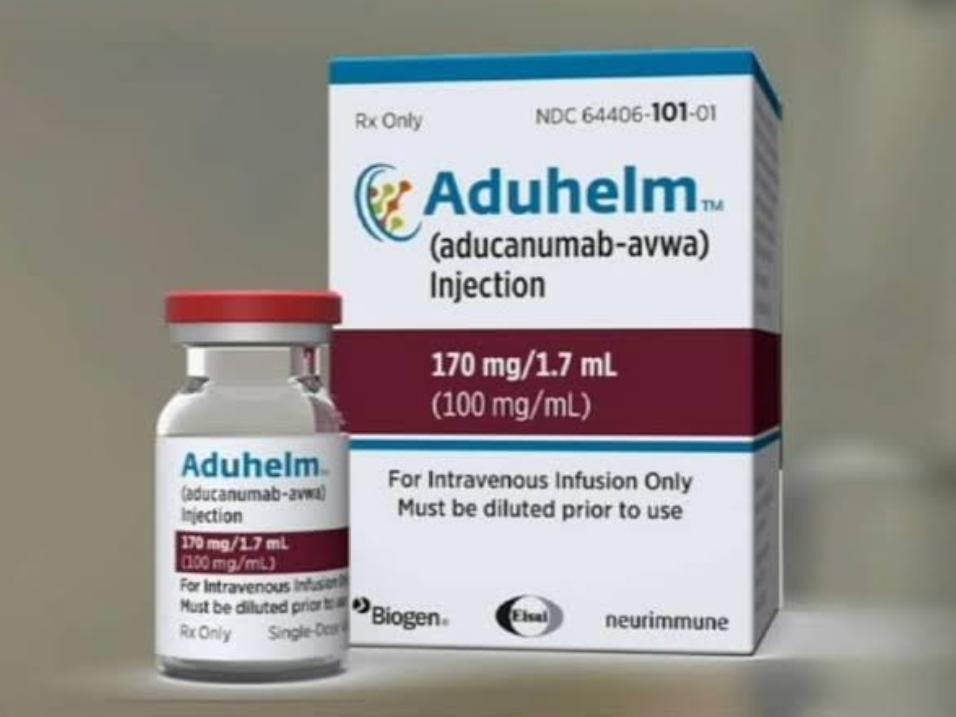 He went on to say that “on the basis of the available evidence and in the best interests of people with Alzheimer’s disease, their families and those who care for them, EMA and [UK drugs regulator] MHRA should not approve a license for aducanumab.”

Patient organisation the Alzheimer’s Society and Alzheimer’s Research UK in the UK stopped short of calling for a different outcome from the EMA review, and merely expressed disappointment that there were still no therapies that can slow down cognitive decline in people with dementia.

“The EMA is now undertaking its own review of the data and it’s important that we wait for the committee’s official recommendation, which is expected next month,” said David Thomas, head of policy at Alzheimer’s Research UK.

“In the meantime, we must continue to work at pace to ensure researchers are developing a broad pipeline of potential new treatments for diseases like Alzheimer’s, and that health systems like the NHS will be ready to deliver them in the years ahead,” he added.

Aducanumab was approved for medical use in the United States by the Food and Drug Administration (FDA) in June 2021,  in a controversial decision that led to the resignation of three advisers to the FDA in the absence of evidence that the drug is effective. The FDA stated that it represents a first-of-its-kind treatment approved for Alzheimer’s disease and that it is the first new treatment approved for Alzheimer’s since 2003.  Aducanumab’s approval is controversial due to ambiguous clinical trial results surrounding its efficacy. In November 2020, a panel of outside experts for the FDA concluded that a pivotal study of aducanumab failed to show “strong evidence” that the drug worked, citing questionable efficacy and multiple “red flags” found with the data analysis. Nevertheless, the drug was approved under the FDA’s accelerated approval pathway, and the FDA requires Biogen to perform a follow-up study to see if the drug helps treat symptoms of Alzheimer’s.The Office of Inspector General, U.S. Department of Health and Human Services has been asked to investigate interaction between the drug company and the FDA prior to the drug’s approval. Aducanumab has since been approved by the Ministry of Health and Prevention in the United Arab Emirates as of October 3, 2021, making it the second country in the world to approve the treatment. 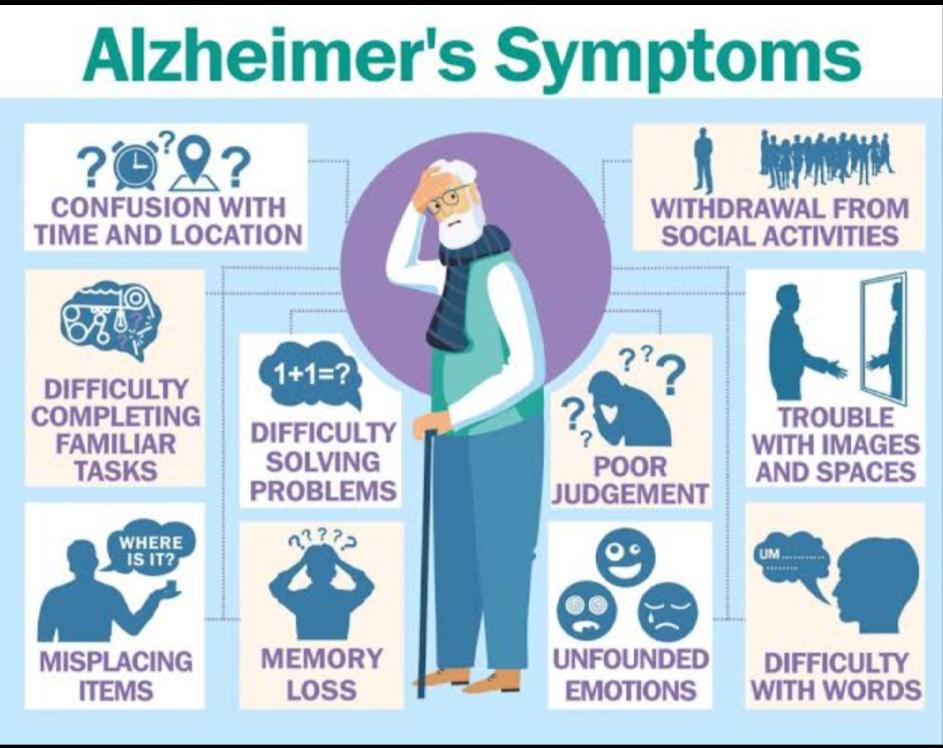 Aducanumab is indicated for the treatment of Alzheimer’s disease. In July 2021, the U.S. Food and Drug Administration (FDA) limited the indication to people with mild cognitive impairment or mild dementia stage of disease, the population in which treatment was initiated in clinical trials.

Sales of the drug have been far lower than analyst’s predictions. As of September 2021, only about 100 patients had received the drug, far short of the 10,000 that would be needed by the end of 2021 to meet Wall Street expectations for Biogen’s revenue

ADUHELM is a human, immunoglobulin gamma 1 (IgG1) monoclonal antibody directed against the accumulated soluble and insoluble forms of amyloid-beta to reduce their levels in the brain. 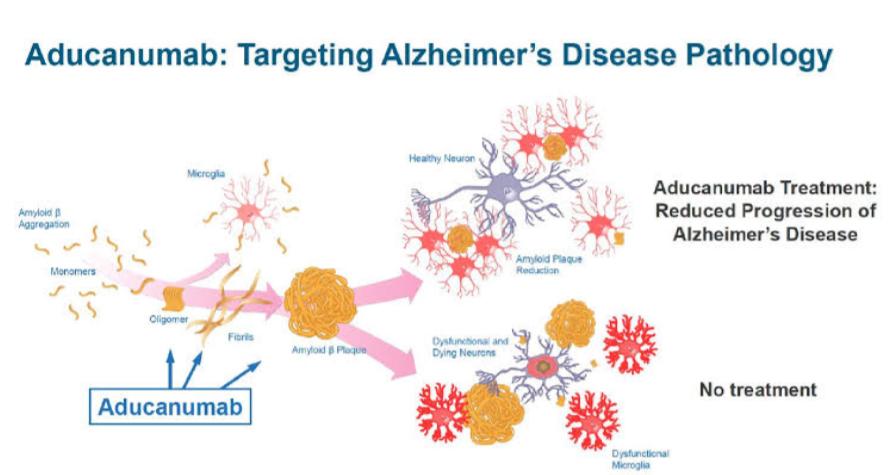 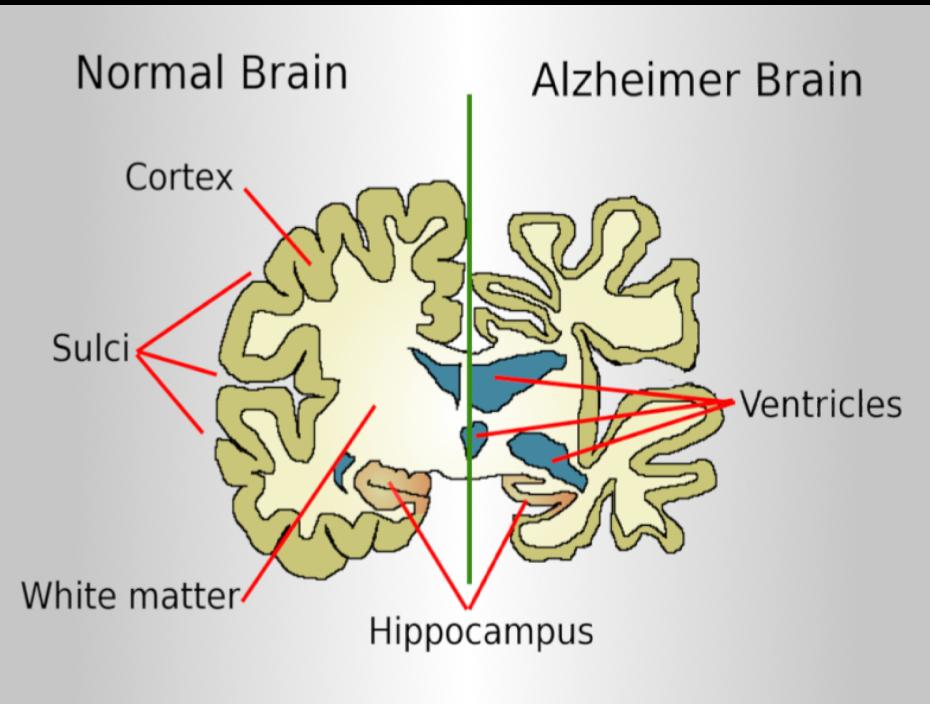 At week 78, the ADUHELM high dose group showed a reduction in clinical decline compared to the placebo group. Around 71% of ADUHELM-treated patients demonstrated a consistent dose-dependent and time-dependent effect on the reduction of amyloid-beta plaques.

In ENGAGE, 1,647 patients were randomised at a 1:1:1 ratio to receive either a low dose of ADUHELM, a high dose of ADUHELM, or a placebo. The amyloid PET sub-study included 585 patients, 374 of whom were evaluated at week 78.

In another exploratory, double-blind, randomised, placebo-controlled, dose-ranging Phase 1b study, PRIME, 197 patients were randomised to receive 10mg/kg of ADUHELM or a placebo. Around 61% of ADUHELM-treated patients showed a consistent dose-dependent and time-dependent effect on the reduction of amyloid-beta plaques.

ADUHELM’s safety profile was established in more than 3,000 patients who received at least a single dose of the drug.

Amyloid-related imaging abnormalities (ARIA) were the most frequently reported adverse event during the radiographic detection of events.