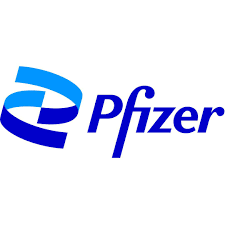 In a lawsuit filed in federal court this week, Pfizer alleged that its former employees Xiayang Qiu and Ming Zhong, now executives at Regor, which has offices in Boston, misappropriated confidential data surrounding an anti-obesity and diabetes drug in development at Pfizer to launch Regor. In its filing, Pfizer said that forensic analysis “confirmed” the two had misappropriated the information. Bloomberg Law reported Pfizer analyzed the May 2020 publication of a 2019 Regor patent application. Following the discovery of the patent, Pfizer launched an internal investigation, which quickly zeroed in on Qui and Zhong.

Pfizer discovered that the mobile phone Zhong returned to Pfizer was not his company-issued phone. The Pfizer phone has not been recovered. In its complaints, Pfizer said computer forensics revealed that Zhong had downloaded confidential documents to his laptop and deleted several crucial files.

According to the lawsuit, Qiu worked at Pfizer to focus on the discovery of therapeutic compounds and how they could interact with proteins within the body. As a director of clinical outsourcing, Zhong worked with third-party research vendors. Their work intersected on an analysis of how a key receptor “interacted with certain compounds to aid research into the diabetes-and-obesity treatment,” Bloomberg reported.

In the complaint, Pfizer said the two employees began expressing dissatisfaction about working at the pharma giant in 2017. They started to send emails back and forth about establishing their own company. During a 2018 trip to China, Qui secured financial backing from investors. Bloomberg reported that Pfizer accused Qui and Zhong of stealing confidential documents related to their work and research into other potential drugs.

Pfizer argued that Zhong and Qui developed a presentation around the misappropriated data, which helped Regor leap out of the gate since its founding, raise $90 million in a Series B financing round, score the partnership with Eli Lilly and enter the clinic with an oncology asset.

“Without the critical head start Zhong and Qiu’s theft provided, Defendants could not have ‘developed’ their own purported treatment in such a short amount of time,” the complaint said, according to additional reporting by Reuters.

In an email to BiopSpace late Thursday, a Regor spokesperson said the company is aware of the lawsuit but believes it is meritless and intends to vigorously defend itself against the allegations.

In December, Eli Lilly announced the upfront payment of $50 million to Regor, which partially included an equity investment into the China-based company. The terms also allow Regor to receive up to $1.5 billion in potential payments based on clinical and commercial milestones for developing therapeutics related to common metabolic disorders that include diabetes, obesity and nonalcoholic steatohepatitis. Lilly is expected to take the lead on the project by harnessing Regor’s CARD (Computer Accelerated Rational Discovery) platform to accelerate the development of any assets.

In an email to BioSpace, Eli Lilly said the company does not have any public comments on the lawsuit and its potential ramifications for the partnership with Regor at this time.

Mersana, Janssen Come Together in Potential $1B ADC Deal