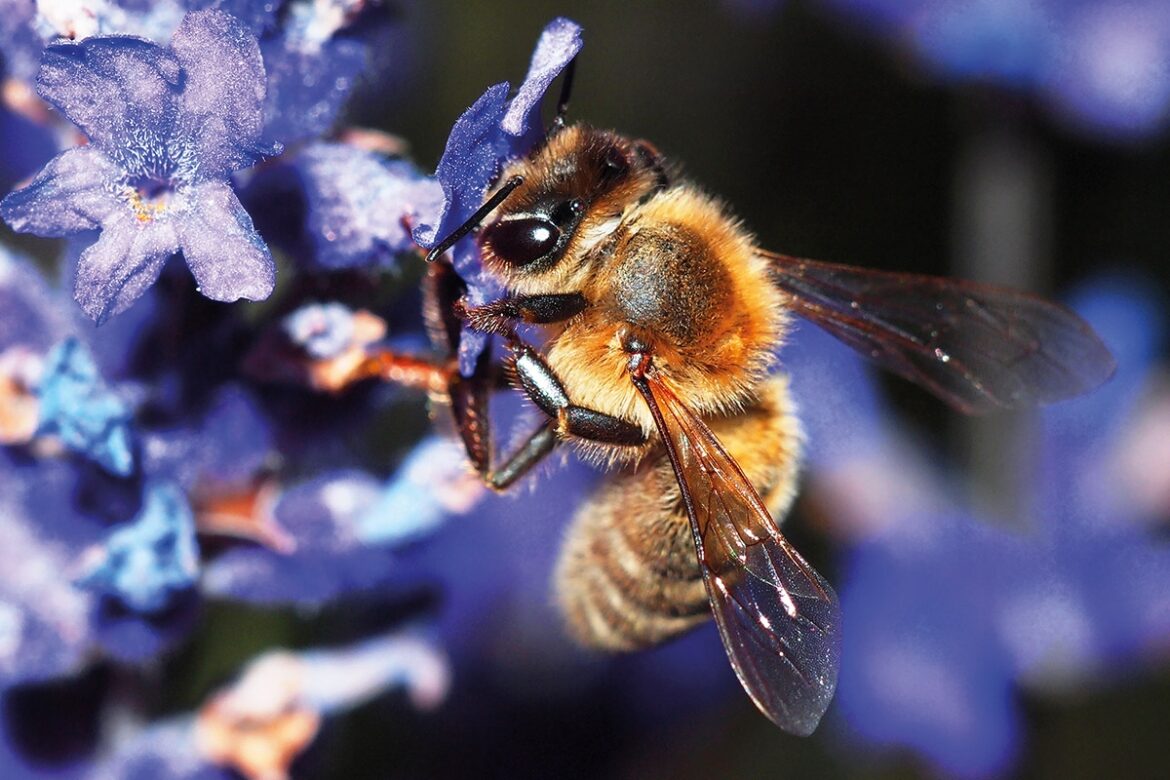 Dr konstantin blyuss, (mathematician’s) working with biologists at the national academy of Sciences of Ukraine, has developed a chemical-free way to precisely target a parasitic worm that destroys wheat crops.

This breakthrough method of pest control works with the plant’s own genes to kill specific microscopic worms, called nematodes, without harming any other insects, birds or mammals.

Dr Konstantin blyuss (from the school of mathematical and physical sciences at the University of Sussex) said, with a rising global population needing to be fed, and an urgent need to switch from fossil fuels to biofuels, our research is an important step forward in the search for environmentally safe crop protection which doesn’t harm bees or other insects.
An estimated $130 billion worth of crops is lost every year to diseases caused by nematodes.

Targeting the harmful nematodes with chemical pesticides is problematic because they can indiscriminately harm other insects.

There are naturally occurring bacteria contained in the soil which can help protect plants against harmful nematodes, but until now there has not been an effective way to harness the power of these bacteria to protect crops on a large scale.

Dr blyuss and his colleagues have used ‘RNA interference’ (RNAi) to precisely target a species of nematode that harms wheat.

Dr blyuss explained: a nematode, like all other living organisms, requires some proteins to be produced to survive and make offspring, and RNA interference is a process which stops, or silences, production of these.

The team has developed a method to ‘silence’ the harmful nematode’s genes by using bio stimulants derived from naturally occurring soil bacteria. The biostimulants also ‘switch off’ the plant’s own genes that are affected by the nematodes, making it much harder for the parasite to harm the crop.

The gene silencing process is triggered when biostimulants, which are metabolites of bacteria occurring naturally in the soil, are applied to wheat. The biostimulants can be applied either by soaking the seeds or roots in a solution containing the biostimulants or by adding the solution to the soil in which the plants are growing.
Dr blyuss said:
by soaking the seeds of the plant in the solution of biostimulants, the plant becomes a ‘trojan horse’ for delivering special compounds produced inside the plants to the nematodes, which then kills them. We’ve targeted the specific genes of the nematode, so we know this won’t affect other creatures.

The biostimulants only affect specific nematode and plant genes and do not harm other species of insects. And because they are naturally occurring, rather than made of chemicals, they could potentially be used by organic farmers to make organic food more affordable in the future.

Dr blyuss’ mathematical modeling explains how RNA interference works in plants and shows the most effective way to apply the biostimulants to keep the crop safe from the harmful nematodes.
The team’s experiments show that soaking the seeds of the plants in the biostimulant solution increases the chances of the plants surviving by between 57 to 92%. The technique also reduces the level of nematode infestation by 73 to 83% compared to plants grown without biostimulants.

Explaining the research dr blyuss said: by using mathematical models, we learned how biostimulants are absorbed by wheat plants, so we now know the best way to deliver them. We’ve also looked at how the RNAi develops inside the plants and nematodes, how the plant is able to switch off specific genes involved in the process of nematode parasitism, thus stopping infestation, and how parts of RNAi from plants, when ingested by nematodes, cause their death by silencing some of their essential genes.

These insights were combined with advanced experimental work on developing new strains of soil bacteria and extracting their metabolites, as well as with state-of-the-art molecular genetics analyses, to develop a new generation of environmentally safe tools for control of wheat nematodes.

“some people are wary of genetically modified plants, so it’s important to be clear that that is not what this is. Biostimulants effectively act as an ‘inoculation’ against nematode infestation. They achieve their effect by mobilizing plants’ internal machinery to produce compounds that protect plants against nematodes, while simultaneously causing nematode death.

The plants produced using bio stimulants have much better crop yields and higher resistance to pests, but they are no different from other plants that have been artificially bred to have some useful characteristic. Moreover, the biostimulants themselves are truly natural, as they are nothing else but products of bacteria already living in the soil. ”

The breakthrough is published in a paper in the journal Frontiers in plant science. Dr blyuss’s collaborators in Ukraine, who come from three different research institutes, were professors victoria tsygankova (Institute of bioorganic chemistry and petrochemistry), Lyudmila biliavska and galyna iutynska (Institute of Microbiology and virology), alla yemets and Yaroslav Blume (Institute of food biotechnology and genomics).
Prof galyna iutynska, who led the experimental work on the development of biostimulants, said: “this work is very exciting because our biostimulants are obtained from products of naturally occurring soil bacteria, which are not genetically modified. The importance of this is that unlike chemical pesticides, these biostimulants can also be used to protect a variety of agricultural crops against parasites in the context of organic farming, which is a particularly challenging problem. Furthermore, these biostimulants can replace chemical pesticides or significantly reduce their use, thus limiting potential negative impact on the environment”

the next steps are to develop more advanced mathematical models of how biostimulants with multiple components can be taken up from the soil by both seeds and roots; to identify which of the most recently identified genetic targets in the nematode are most effective.

Professor Dave Goulson from the University of Sussex’s school of life sciences and a global expert on declining bee populations said: “there is growing awareness that the heavy use of conventional pesticides in farming is causing great harm to biodiversity, resulting in pollution of soils and waterways with harmful toxins. We urgently need to find alternative, sustainable means to control crop pests.”