The New ‘IHU’ Variant Of Coronavirus 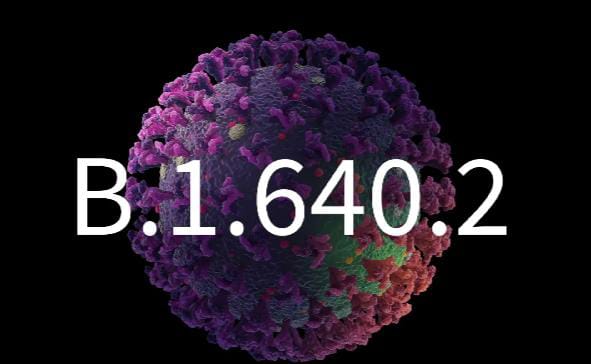 While the world is pulling in resources to fight back against the Omicron variant of the coronavirus, scientists have detected a relatively new strain. Called the IHU variant, or B.1.640.2, it was first detected in southern France last month but has now begun catching the attention of global experts. Detected by researchers at the Marseille-based Mediterranee Infection University Hospital Institute (IHU), the variant has 46 mutations.

Where was IHU detected?

At least 12 people were found infected with IHU in the Marseille area and reports have said some of them have been hospitalised with the illness. The cases have been linked to travel to the African country Cameroon.

The researchers have mentioned that the first case was detected in an adult from a small town in southeastern France. He was diagnosed with SARS-CoV-2 in an RT-PCR test performed at a private medical biology laboratory. The person had developed mild respiratory symptoms the day before diagnosis. Later, respiratory samples collected from seven other COVID-19 positive patients from the same area showed the same combination of mutations.

How is the research progressing?

The IHU researchers first detected the variant on December 10 and have been studying it since then, trying to predict and understand its behaviour. So far, 46 mutations have been found in it. Their tests showed that this strain of the SARS-CoV-2 carries the N501Y mutation – first seen on the Alpha variant – that experts believe can make it more transmissible. The researchers found that it also carries the E484K mutation, which could mean that the variant will be more resistant to vaccines.

The researchers have published a paper online on December 29. The study is yet to be peer-reviewed. It, however, said IHU has 46 mutations and 37 deletions. The researchers said the data they gathered is “another example of the unpredictability of the emergence of SARS-CoV-2 variants, and of their introduction in a given geographical area from abroad”.

What does the WHO say?

Since the variant is not yet detected in other countries, the World Health Organization (WHO) is yet to label it a variant under investigation.

How do experts see the new variant?

Experts are advising caution until more is known about this or other previous variants like the Omicron. They say new variants keep emerging during a pandemic but not all of them necessarily are virulent or cause severe illness. So, it is wise to wait for more information and not jump to conclusions.

“There are scores of new variants discovered all the time, but it does not necessarily mean they will be more dangerous. What makes a variant more well-known and dangerous is its ability to multiply because of the number of mutations it has in relation to the original virus,” said epidemiologist Eric Feigl-Ding.

The development has come at a time when the world is battling a rapid surge in COVID-19 cases triggered by Omicron, which was first detected in South Africa in November. Since then, it has spread to more than 100 countries, including India.